Artificial intelligence takes us into a new era: zero click

In Space Odyssey (2001), Arthur C. Clarke introduced us to supercomputer HAL 9000. Since then, technology has advanced in parallel to the famous Moore’s Law. But not only has the number of transistors doubled inexorably, the complex algorithms of Artificial Intelligence that give life to voice assistance are going to change our lives again. In three years’ time, we will be able to do 30% of the things we currently do via a screen directly with our voices.

In three years’ time, we will be able to do directly with our voice 30% of the things we currently do via a screen

Several years ago, when Google photographed and mapped the entire planet (which was not exactly “cheap”), with this operation and its StreetView, putting a computer in our pockets with its free Android operating system, it guaranteed it would lead mobility and, together with localization, continue to generate millions in revenues in advertising on any screen. However, after mapping hundreds of thousands of kilometers, it knew anyone using that public data could download it onto a vehicle and start experimenting with autonomous driving. It then created a new product, which it offered for free: Google Images and Google Photo.

Then, whenever we searched for a product or simply associated an image with a word, it showed us hundreds of images and we consciously selected the best one for us—but we were also training and programming Google’s artificial intelligence to recognize objects. Google, not content with its billions of daily results, created something for certain security options and to confirm we are human: its new reCAPTCHA asks us to identify a traffic signal, a number or a road in a number of images. Those guys at Google are real stars! They’ve got us working for them and, what’s more, they successfully and cannily protect their main source of income: advertising.

After feeding “the beast” with sufficient information, corrected and supervised by human intelligence, they decided to go ahead with their plan to lead the next screen: the self-driving vehicle. Great idea! If cars are going to be able to drive themselves, what are we going to do in the meantime? Sleep, shop, work, listen to music, maybe view content on the vehicle’s internal screens or augmented reality windshield? For this reason, they also bought up several companies related to these technologies, such as Quest Visual and Magic Leap, whose work has recently been kept secret.

The strategy, though discreet, was obvious for those of us who “join things.” When Google transformed its SelfDrive Car division into a company called WAYMO, which was worth over $72 billion in just a few months (more than Tesla, Ford or General Motors), their goal was clear: dominate the self-driving vehicles market by giving away their operating system—just as it did in the smartphone sector—and thus dominating the advertising business, where it aims to be our “next screen.”

But even though they are so far-sighted and innovative, making bets with huge sums of money, talented perspectives and the best professionals and market leaders, the guys at Mountain View have come up against a little hitch called Alexa.

Jeff Bezos, the “Customer Experience” genius who efficiently manages Amazon, realized that in the near future, many purchases would be made from inside a vehicle, so he jumped in and signed an agreement with Ford, Toyota, Lexus, Fiat Chrysler, Nissan, Hyundai, Daimler Mercedes Benz, BMW and even SEAT. The smart girl from Amazon got in first, racing ahead of Google’s imperial plans, and she is already selling. It is her: Alexa.

This is the dawn of probably one of the greatest changes to information access models since the arrival of the internet. A voice will assist us at all times. Zero click is here

The war for a new age, the age of the end of screens, has begun among GAFA (Google, Apple, Facebook and Amazon). We rode into 2018 on a new paradigm: voice guides. No more clicking on a physical medium to buy, chat, search for information or simply catch up on your friends’ or neighbors’ gossip. This is the dawn of probably one of the greatest changes to information access models since the arrival of the internet. A voice, similar to that of HAL 9000 50 years ago, will assist us at all times. Zero click is here.

SIRI will still be the infiltrated spy Apple needs to continue finding out more and more about its fervent users, but, as of April, it has signed on John Giannandrea, who was previously the Head of Artificial Intelligence at Google. Google had just “pinched” the person responsible for developing Alexa from Amazon. If Alexa is the maid, the saleswoman, the perfect shop assistant, then OK, Google aims to be our butler and chauffeur. Incidentally, what role is left for Mark Zuckerberg’s company? Well yes, we will shortly have the new “nosy neighbor,” but in digital form. A new being, for the time being secretly called “The Portal” or Jarvis, which will tell us all the gossip about our neighbors and acquaintances: what they buy, what they say and what they do. It will probably even be able to make secure transfers thanks to its biometric camera, in which banks will find a new enemy. The latest surprise Bloomberg has uncovered is that Amazon is working on a new household assistant, but this time, Alexa will have wheels and a robot form so she can chase you around your house to try to make your life easier. What more surprises do AI breakthroughs have in store for us? 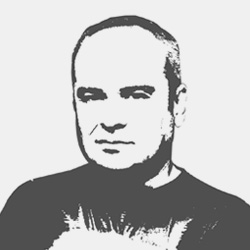 Javier Sirvent
Technology Evangelist
Communications media and experts have dubbed him a Technology Evangelist. Sirvent is considered one of the most brilliant minds in the Spanish technology industry, as he is a visionary who connects the worlds of science and technology. He is the author of several industrial patents and the founder of companies that consult on innovation and IoT for entities in various sectors, including insurance, banking, industry 4.0, transport, retail and more. A professor at EOI, INESDI, IE Business School, CH.Garrigues, ICADE, ESIC, ICEMD, The Valley Digital School, FOM Industria4.0, Telefónica Schools of Excellence and various other educational programs for businesses and people on digital transformation, disruptive innovation and exponential technologies, Sirvent has also been a speaker at several conferences. He has shared a stage with experts such as the founder of Twitter, global genetics and molecular engineering authority George Church, Apple co-Founder Steve Wozniak and executives from companies such as Facebook, Google and Amazon. These are just some of the people with whom he shares friendship, passions and a few unmentionable secrets. [Spain]