The downside to hyper-connectivity is unquestionably hyper-vulnerability. What has happened? Technology has provided billions of people throughout the world with an opportunity to express their opinions, saying whether they agree or disagree with government decisions or even company regulations with a public reach, either because their products or services do not meet expectations or because, at some point, the government-citizen or company-stakeholder relationship was breached.

When that relationship is upset, the trust between parties is damaged and credibility levels fall. This can have social, political, economic, cultural, religious or environmental implications.

At present, hyper-connectivity means any event, however trivial it may seem to some, is at risk of going viral in a very short period of time, affecting the reputations of individuals or entities. Those who have fallen victim to cyberattacks are often waiting for something else to happen to capture people’s attention so their own “virtual presence” will slip into the background. In this circumstance, the “solution” would be finding the next victim.

Within the communications sector and social relationships, we believe the “solution” is to act before a crisis occurs. Nobody wants them, but nor do we know when one might arise. Given the hyper-connectivity we have thanks to cyberspace, the best preventive measure is to be present in that arena continuously, first through active listening and possible issues tracking; then by sharing our “truth” or “post-truth” message. In my opinion, this has nothing to do with correcting a position—even though we know it is not true—but rather with how it is told so it can be understood and accepted by target audiences; to be credible, it must have a logical, coherent structure.

So, the distinction we make between the two concepts is that the “truth” is what can reasonably be upheld with the greatest possible scientific rigor, whereas the “post-truth” is the same truth, but associated with a given perception we want to build up and position within our target audience or stakeholders. In most cases, the post-truth appeals to emotion, as this is easier to position and have accepted. The “post-truth” steers clear of confrontation with the “truth” because it has no depth, whereas those who scrupulously go after the “truth” will always be a minority, but a more demanding one.

Post-truth appeals to emotion, as this is easier to position and have accepted

Contemporary events prove a short message or quick, timely response is more easily accepted and positioned in public opinion and can recover reputations or reposition authorities or business institutions. Simply recall the mechanisms used against rumors in the past. The longer passed without an official company or institutional response, the more the rumor grew and the greater the damage—sometimes irreparable—to the latter’s credibility. Adequate crisis management is what makes it possible to avert and derail rumors.

A video showing a civil servant or authority partaking in an inappropriate action can generate a wave of disagreement or indignation over what happened, spurring identification with the victim and the person(s) who recorded it with their cell phone, because a high-end video camera is not required. Moreover, beyond the feeling of indignation—a strictly private emotion among individuals—the most challenging thing is how it can get individuals motivated to act, mobilize and carry out acts of violence.

In 2000 and even this year, the Peruvian heads of state were obliged to stand down following the dissemination of a video showing, in the first case,  how he won supporters over to the government’s cause, and in the second case, intention to dissuade a member of parliament from voting against a candidate in exchange for appointing his friends to public offices and a budget item to finance public works in the town he represented.

Only 24 hours earlier, the former Head of State assured he would not resign. Then the video was distributed by media and through social networks and indignation grew so much that no communications strategy could withstand the onslaught against the president’s hyper-vulnerability. By that time he was politically weak, and the president was unable to anticipate or weather the political and reputational reality that befell him. Therefore, he had to stand down.

In the private sector, hyper-connectivity has also had a negative impact on companies whose reputations classified them as bearers of a love bite. Last year, a prestigious firm of dairy products had to change the visual identity of one of its brands because outside information went viral in just a few hours. A nutritional compound with properties very similar to milk had been positioned as that product, and its label even contained the picture of a cow. The brand was questioned by consumers so strongly that the company, under pressure from authorities, was forced to withdraw it from the market and run a vast awareness campaign to provide an explanation of the product, presenting human testimonials of the favorable effect its product would have on thousands of humble Peruvian livestock farming families.

Access to technology has empowered a lot of people, encouraging them to express their thoughts, feelings and emotions and to identify and assert themselves. Numerous groups have announced themselves through social networks and attracted attention from other members of the national and international community.

In a sudden crisis of hyper-connectivity, it is advisable to check whether what happened is addressed among your prevention measures. Otherwise, the first thing to do is always to study the situation carefully and possibly have a previously trained spokesperson acknowledge what happened, then announce corrective measures against those responsible. In some cases, unfortunately, a scapegoat must be found, as someone must take responsibility for the incident. Public opinion rejects conduct that reveals complicity or shows a superficial or banal attitude toward events that are, in and of themselves, reprehensible. 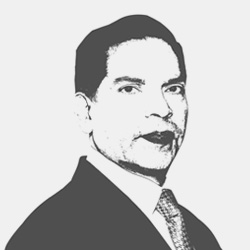