Hyperconnected and hyper-vulnerable? The risks of digital misinformation

The consolidation of internet as a global phenomenon is unstoppable. The number of people in the world connected to the internet has more than doubled since 2009, going from 1.5 billion to 3.4 billion by the end of 2017. The social platform Facebook had 2.2 billion active users in the last quarter of 2017, which reflects the principal role of this player in the new internet ecosystem.

The internet is already essentially mobile. The global number of smartphones is over 2.8 billion, and of the 5.6 hours (on average) a U.S. adult spends connected to digital media and the internet each day, at least 3.1 hours are on their smartphone.

The growth of the digital advertising business has closely followed the exponential growth of the population connected to the internet. In 2016 alone, online advertising exceeded $73 billion in the United States. 85% of the growth of this business was concentrated in two companies: Google and, mostly, Facebook.

We could think the business is now consolidated. All forecasts take for granted the global advertising costs spent on the internet has exceeded or is about to exceed those spent on television. However, the digital advertising business still has a long way to go. In the United States, though users spend more than 28% of their time on mobile devices, only 21% of advertising investment is currently spent on this medium. The business opportunity in mobile advertising is estimated at over $16 billion.

We are hyperconnected, and the great technological and social revolution brought about by the internet is founded on that hyper-connectivity. The digital giants feature an offer of mostly free services that enable them to collect huge volumes of data on those same hyperconnected users. This data, processed using algorithms, permits companies to offer sophisticated advertisers ways to profile their target audiences into micro-segments and precisely measure the effectiveness of their campaigns. Thus, data provided by users is the fundamental base of the business model.

Hyper-connectivity and Misinformation: You are fake news!

We are constantly bombarded with news and content through multiple digital contact points—social networks, digital media—but almost always through our favorite digital device, the cellphone, making the experience both personal and immediate. Thanks to that interconnection, through our clicks we constantly contribute to a fantastic global business that brings together users, technology, data, advertisers and online service platforms.

When we interact or distribute content, it is difficult to understand the full scope of our individual actions. How far do our likes go? What impacts do our retweets have? And to what extent do we understand the effect others have on us in the digital world?

Through our clicks we constantly contribute to a fantastic global business that brings together users, technology, data, advertisers and online service platforms

In this hyperconnected society, the effects are not linear, but potentially exponential when what we do is amplified through the network to which we are connected.

This hyper-connectivity also makes us more vulnerable. It is easy to sense that in this context, just as anyone can be subjected to a micro-segmented advertising campaign, they can also be on the receiving end of a misinformation campaign.

We are constantly discovering, especially in the wake of the Facebook-Cambridge Analytica crisis, how strategic digital communications are used by state and non-state organizations to shake up and alter public opinion.

For example, in a recent analysis1 for Bloomberg, focusing on Italian public opinion on immigration—which has proved to be a key factor in the latest elections—the Alto Data Analytics team detected major anomalies in the shaping and development of the digital public debate in the months before the elections, with a high polarization among those for or against immigration. Although those in favor were double the number of those against, their activity rate was 2.5 times lower. In other words, those against immigration were abnormally active, flooding the digital environment with their messages.

In a recent analysis for Bloomberg, major anomalies were detected in the shaping and development of the digital public debate

These and other similar dynamics contribute to raising the noise level in what has been defined as information pollution, a form of achieving misinformation.

In other words, our hyper-connectivity potentially exposes us to highly sophisticated, progressive manipulation and propaganda, to which we could unwittingly be contributing when we interact through digital media. The key question is: To what extent are we aware? And how much do we care? 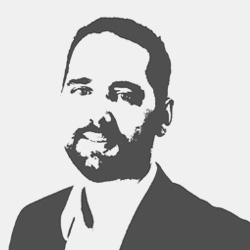 Alex Romero
Founder & CEO of Alto Data Analytics
Currently CEO and Founder of Alto Data Analytics, Romero was vice-chairman of Viacom for Southern Europe, Turkey, the Middle East and before founding his analytics company in 2012. Before Viacom, he was in charge of Yahoo!’s business development in Southern Europe, an extension of his role in the Vodafone Group, where he forged strategic alliances with global enterprises such as Microsoft and Google. Before working for Vodafone, Romero was a manager at Alcatel-Lucent. Throughout his career, he has successfully helped numerous firms create digital strategies in multiple world markets. He holds a master’s in Engineering with a specialty in Electronics and Automation from the University of Malaga (UMA) (Spain) and an MBA from Henley Business School (UK). [Spain]