Absolute objectivity does not exist.

This is something one learns when venturing into journalism, as subjectivity emerges when deciding on the topic, focus and even photo of a piece, as well as what information should be omitted.

Despite these judgment calls, it is an overall technical process. Journalists are trained to discern between what draws public interest and what has too small an impact to deserve the sacred stamp of “news.” They look for different versions of the same fact, listening to people affected or harmed by certain information. They try, sometimes arduously so, to translate their findings into a clear and interesting story.

Like many professionals, sometimes these journalists make mistakes. These errors, however, do not delegitimize or diminish the importance of their work, which serves as a guiding thread for the advancement of society. Unfortunately, the industry’s most serious flaw is it has failed to convince society of this.

It is precisely at this information “blind spot” where the cancer known as fake news formed. After all, most people do not have the necessary tools to discern between professional journalism and blatant lies spread for political purpose, for example.

This lack of public defense, so to speak, used to be a rather marginal issue now amplified by the growth of social media. Such platforms gave individuals a megaphone of a size previously known only by big media. Instead of fomenting the much discussed citizen journalism, it paved the way for a serious confidence crisis capable of eroding society.

A single actor cannot control the problem, but the way out largely depends on the industry itself.

It will require more than just propagandizing the importance of professional journalism and its role in society. Neither is it limited to changing production and distribution chains to keep up with technology-driven changes to match new consumer behaviors. While these are not small tasks, they are not enough. It must be understood that content production takes money and the way to finance said production has changed radically.

These ideas must produce practical changes, because the quality of journalism is anchored in the financial independence of the company that houses it.

One of these changes is internal: the chain of incentives that has moved the gears of journalistic companies needs to adapt to this new reality. Another change concerns the relationship of content producers with the outside world. It will be necessary to be smarter than the perpetual concept of doing things in a specific way because “it has always been done that way.”

This is the path Brazil’s largest newspaper “Folha de S.Paulo” has tried to tread. Its decisions surprise and provoke debate when viewed in isolation but are embedded in easily understandable logic focused on defending their own production.

The newspaper was the first to adopt a “porous” paywall six years ago, a move that greatly predicted the country’s market direction. Since then, it has been a leader in the defense of journalistic content copyright, making it difficult to copy content off their site and suing those who do so on a regular basis. The newspaper also assumed the rare position of refusing to provide free content for Facebook’s Instant Articles platform.

Folha de São Paulo became the first major newspaper in the world to stop updating its Facebook page, believing the social media service distances its readers from what can be considered a universal goal of good journalism: quality information for as many people as possible

More recently, it became the first major newspaper in the world to stop updating its Facebook page, believing the social media service distances its readers from what can be considered a universal goal of good journalism: quality information for as many people as possible.

But the courage to face this issue cannot be monopolized by a single entity, for it would be an inglorious battle, nor should the industry face it alone, since not even its strong will to defend its interests can take on a social issue of such magnitude.

Restoring a reasonable clarity level with regard to the information circulating across countries requires changing the social media business model. There is no middle ground here. It is useless to expect the initiative to come from companies themselves, for reasons that by now should be clear. It is urgent the State act, even with all the risks involved in this type of interference. It is necessary to create within social media ways to hold people responsible for disseminating false information, so the incentives for this practice are significantly diminished.

Elections are an appropriate time for this kind of public action, not only because of the role journalism plays in the decision-making of millions of people, but because the line between disinformation out of ignorance and lies programmed to reach a large number of voters is less blurred. Countries such as Brazil, with 150 million voters and a population highly engaged in the use of social media, have a very important chapter ahead on the future of democracy and professional journalism. 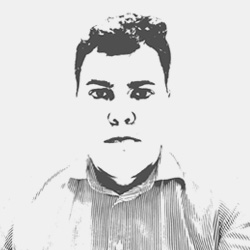 Roberto Dias
Editorial Manager of Folha de São Paulo Journal
A journalist, he graduated from the University of Sao Paulo School of Communications and Arts (ECA-USP) and holds a postgraduate degree from the University of Barcelona and Columbia. He has worked at Folha de S.Paulo since 1998, where he reports on and edits the sports, politics and economy sections. For a time, Dias was the New York correspondent, and was also responsible for coordinating the newspaper’s digital strategy.