Social media acts like a self-cleaning oven for fake news

The arrival of social media considerably increased the virality of information, both true and false, plus hoaxes and fake news. The Gutenberg printing press, used by Luther in 1517 to distribute his 95 Theses at great speed, is comparable with the possibility offered today by social media, both to distribute knowledge and win electoral campaigns with invented information or the possibility of spreading hoaxes during terrorist attacks, wildfires and other critical times. Not only are the principles of honesty and transparency that ought to govern any democratic society at stake, but also, in extreme situations, enormous social alarm can be created. This can jeopardize the safety of the emergency services, forces and corps acting during those disasters, all while endangering the people they are trying to protect and to whom they are trying to send self-protection measures via social media.

Although social media has these two facets (that of a high-speed information distribution channel and that of a destructive, or at least unfriendly, weapon), the good news is that it works like a self-cleaning oven: social media tends to self-correct while helping correct other sources. It offers more information than traditional media and acts as a vehicle to authenticate information sources.

This is the thesis Sasha Frere-Jones defended back in 2012 in her article Good things about Twitter, published in The New Yorker. The journalist explained social media, saying, “It’s sort of a self-cleaning oven, where the wisdom of the crowd can work out the kinks. A reliable version of events generally emerges because vanity (in the form of a visible number of retweets for the user who posts the canonical version) fuels the process, much as a writer’s byline can press ego into the service of good writing.”

In the same year, journalist John Herrman published the article Twitter Is A Truth Machine2 on BuzzFeed News, pointing out that “Twitter beckons us to join every compressed news cycle, to confront every rumor or falsehood, and to see everything. This is what makes the service so maddening during the meta-obsessed election season, where the stakes are unclear and the consequences abstract. And it’s also what makes it so valuable during fastmoving, decidedly real disasters. Twitter is a largescale processing machine that spreads —then debunks—rumors at a rapid pace. To dwell on the obnoxiousness of the noise is to miss the result: that we end up with more facts, sooner, with less ambiguity.”

The conclusion of this article could not be closer to the concept of intrinsic transparency of social networks: “Because the internet today, as exasperating as it can be, is very good at one thing: vetting ascertainable facts.”

Although I agree Twitter is both the problem and the solution, when we consider emergencies, we cannot overlook the fact that digital volunteer teams arise throughout the world and monitor social networks to correct misinformation shared on them, as well as on mass media and through official reports. As Jeanette Sutton pointed out in 2010 in her article Twittering Tennessee: Distributed Networks and Collaboration Following a Technological Disaster, in which the manager of the Risk and Disaster Documentation Center adds that crises favor the emergence of a network of inspectors, the digital volunteers that make up Virtual Operations Support Teams (VOST) appear throughout the world and carry out social media surveillance precisely for that purpose.

If we look at Spain, in August 2012 the digital volunteers in Spain’s emergencies imported the VOST model from the United States, where it was created by Jeff Philips in 2011. It was imported to fight against wildfire hoaxes in Carlet, Cortes de Pallas, Guia de Isora and other areas that devastated Spain. Dangerous information was being circulated in those regions, creating social alarm. Among other hoaxes, it was rumored the fire was five kilometers from the Cofrentes nuclear power plant, and that chainsaws were needed to control a fire. What would have happened if a hoax like that had not been refuted and hundreds of citizens had got into their cars with chainsaws, turning up at the control post trying to bring a fire under control? To avoid these situations, a group of emergency professionals set up VOST Spain in 2012, with then-Press Manager of the Madrid 112 service Luis Serrano, Fire Analyst Javier Blanco, Civil Protection Officer Rafael Galvez Rivas, and Medical Emergencies Officer Juan Luis de Castellvi, among others.

The main task of the VOST digital volunteers, which are grouped into help teams, is compiling, authenticating and integrating information from a variety of sources during disasters. Thousands of volunteers, in coordination with emergency services from the United States to Australia and the heart of Europe, work to aid civil protection and advise people on how to protect themselves in crisis situations.

If the principal feature of social networks is their enormous capacity to spread messages, VOST works to use that ability to convert Twitter into an ally for civil protection.

As Will Oremus pointed out in Building a Better Truth Machine in December 2012, “A redeeming feature of Twitter is the relative speed with which its users manage to sniff out and debunk the most widely circulated falsehoods.” Therefore, we must make responsible use of this powerful tool and supervise how it is used by anyone interested in fabricating alternate versions of the truth to suit their interests. 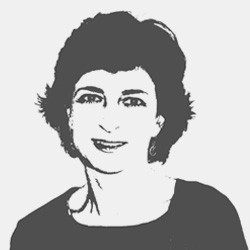