“New technologies have changed the parameters of ethics”

Carlos Padron does not lend himself to ordinary journalistic interviews. He has experienced and read so much and has so many interests that the only way to interview him is by holding a stimulating, and often fascinating, conversation with him. He is one of the very few Spanish psychiatrists to have practiced psychoanalysis, and he has a profound knowledge of human behavioral patterns. His work has consisted—and still consists—of understanding the depth of emotions and feelings, treating them in such a way as to bring out the best of each individual. So talking to him about vulnerability and the strength new technologies provide in present-day society, a subject on which he holds a profound, documented opinion, was a very enriching experience.

“The vulnerabilities new technologies, especially social networks, expose us to has a name: lies. Over time, individual and collective weaknesses change, and now we face the spread of news we cannot check, generating mistrust and making us suspicious, and that are often false.”

Are we vulnerable because there is a mass conveyance of lies?

“Not only for that reason, but also because the experience of time has changed. Everything is faster, and the equation between what is urgent and important has been altered such that everything is peremptory and immediate, to the detriment of what is substantial or momentous. It is a very deep change in the norm: past, present and future, each of them linked to the others.”

Padron continues, and I barely have to interrupt him with questions.

“That new communication, that hyper-connection, is conducted through new languages, different from those used before. The problem is not whether the language is correct (the Royal Language Academy is there to sort that out), but that language is not only a system of communication, but something that also exerts a modeling effect on mental structures. Language remodels the mind and influences affections, feelings and emotions. All this runs a risk of being altered by new technologies. For example, does a tweet incorporate language? I don’t think so. A tweet is the conveyor of a fact, true or otherwise, but it is not a sentence in an ordinary language in a conversation, and that affects how we understand what happens; it affects how the relationship between the external and internal worlds is organized; it affects the art of creating the world and society.”

I wonder about this and ask him whether this is, perhaps, a very negative view of the contributions to our world from technology, digitalization of the economy and society.

“No, it has positive aspects too, the greatest of which is that it stimulates creativity and assists knowledge. All the hazards of technological power must be neutralized with countermeasures—also technological—such that the solution lies in the problem. And that should be taken into account by states, societies and individuals. We are in a crisis situation, and crises are a breeding ground for creativity.”

I mention states are arming themselves against cybercrime, cyberterrorism and political interference from other states.

“Yes, that’s why the countermeasures to neutralize the risks are within the technologies themselves. This has always happened in the past: there is a solution for every problem. There is, and should be, a tendency to make beneficial use of technology.”

But Padron is, after all, a psychiatrist, and cannot disengage himself from his own experience, which I ask him about. Does digital dependence create harmful addictions?

“Yes, of course it does. An addiction is the need to do something imperatively. But that drive is not enough to call it an addiction. In addition to the imperative, there is the increasingly more quantitative. In other words, a cellphone causes addiction not only because people look at them dozens and dozens of times a day, but because the number of consultations increases until it becomes an obsession. That is an addiction which, as such, is a pathology, and is treated psychiatrically. We do not do it in Spain, but it is done in the United States, for example, where psychiatry has reached certain extremes, such as treating dogs for anxiety. The therapy is behavioral, but it can become pharmacological.”

Because it creates anxiety?

“Yes, anxiety due to an information overload must be treated. Our brains aren’t able to handle, to manage, such an enormous quantity of information. The brain is selective, grasping certain data for various reasons, such as affections or feelings of proximity. I repeat, the brain processes excessive information badly, because it does not manage to make certain associations—the most complex ones—and reacts by blocking decisions.”

True, we live in an anxious society.

“Excessive anxiety has a very negative quality. Namely, it blocks individuals, creating unease, confusion and information overload, which has a lot to do with all of this. Hyper-connection does not allow the brain to absorb so much data. But if you ask me about the most powerful effect social media and information technologies have had, I will say that it is, without doubt, the change in the parameters of ethics. Or to be more precise: it has become very difficult to make out what is ethical and what is not.”

I guess it would not be a question of not knowing what is right or wrong, good or bad, but identifying it because everything comes in an unfiltered deluge. Padron nods.

I ask him about the social duality regarding new technologies—that is, the digital generations and those illiterate in this area. There must be a gap, I tell him.

“Social dualities have always existed. The one you mention has one characteristic: it is temporary. As digitalization progresses, the generations using them are coming in and those who don’t are dying off, so a time will come when everyone is using new technologies.”

But we will have to wait for that, I suggest.

“Yes, of course, but the end of that duality, that gap, is qualified by the fact that the new technologies appeal to the gregarious instinct of those who live in society. That is an irrepressible and often negative trend. Nazism, for example, was, among other things, a phenomenon of gregariousness, or herd instinct, despite its perversity.”

What is the solution to the vulnerabilities to new technologies expose us to?

“I told you earlier it is lies, but I should also add lack of trust.”

Padron’s final appreciation effectively refers to an absolutely common phenomenon: citizens have adopted an attitude of caution, withdrawal and, in short, distrust. Padron reminds me that:

“We see some digital phenomena arising out of infuriation and anger. We must bear very much in mind that these tense, uncontrolled expressions separate and break, and those that arise out of love create ever-growing groups.”

And naturally, this is what we need, for the instruments of progress to create groups of harmony, understanding and citizenship.

Padron agreed, while he showed me an essay that he was reading.

“I re-read the classics on ebook and the newspapers on paper.”

He will shortly be a splendid 80-year-old and his lucid mind makes him a man in the prime of life. He is now engrossed in an essay that is fairly advanced, with the (provisional) title “La creencia, lo religioso y lo sagrado. Ensayo psicoanalítico sobre el fanatismo” (“Beliefs, the religious and the sacred. Psychoanalytical essay on fanaticism”). 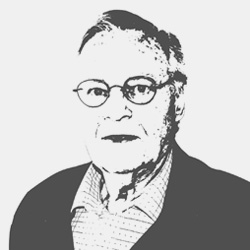 Carlos Padron Estarriol
Psychiatrist from the Faculty of Medicine of the University of Geneva (Switzerland)
Padron (born in Santa Cruz de Tenerife, 1938) is a medical doctor with a specialty in psychiatry who trained at the Faculty of Medicine of the University of Geneva, sharing the department with well-known Spanish psychiatrist Julian de Ajuriaguerra. He was a psychiatrist at the Psyco-social Universitarie Center in Geneva, where he became the clinical chief. He taught at Geneva University’s School of Social Studies, also specializing in criminal psychiatry and psychoanalysis. Upon his return to Spain in 1973, he began organizing the psychiatry section for the Puerta de Hierro Clinic in Madrid. He has continuously taught at the Autonomous University of Madrid, where he was appointed head of the Psychiatry Department. Since 1980, he has devoted his time to clinical work, research and teaching at the Psychoanalytical Association of Madrid, a member of the International Psychoanalytical Association. He has written over a dozen publications—some in French—and is a speaker and lecturer at numerous conferences and seminars in the field. Among other distinctions, he has been awarded the Legion of Honor of the French Republic.