Artificial intelligence and communication: a challenge beyond technology

My first encounter with a system that (amply) passed the Turing Test to be considered Artificial Intelligence was in 1994. It was at one of the Teleco (telecommunications engineering) programming laboratories, from Emacs and following an M-x doctor, I began my first conversation with Eliza, the first autonomous intelligent conversation program developed in 1966, almost 30 years earlier. Today we would call it a chatbot. It was the first and almost the only time we talked of Artificial Intelligence in practical terms during my degree course. At that time, AI did not have enough credibility or the necessary development to use it in real production systems.

Things are very different today: systems whose operation is (fully or partly) based on Artificial Intelligence are everywhere. The hyperabundance of data, the availability of computing powers that have followed Moore’s predictions meticulously and new algorithms have made this possible. The progress made in developing techniques such as deep fakes (hyper-realistic videos of people generated using automated deep learning techniques), which achieve increasingly surprising results from a smaller number of samples, is just one of the examples of Artificial Intelligence with exponential development over time. It also produces reactions ranging from fascination to  fear, and even both at the same time, making dystopian scenes in science fiction films where the world is taken over by machines seem slightly less impossible.

If the predictions made by Nicholas Negroponte, co-founder of the legendary MIT Media Lab, come true, the boundaries will soon become more blurred and the artificial and natural worlds will merge into one. Until that new reality arrives, the massive incorporation of Artificial Intelligence in practically all aspects of our everyday lives presents a number of challenges for communication and marketing professionals that we must tackle. Among those challenges, I believe we should pay special attention to the following.

THE MANAGEMENT OF ARTIFICIAL CONVERSATION

Even though there are still many scenarios that have not fully adapted to the disruption of communications caused by the leap from messages to conversation, the massive application of last generation autonomous conversation systems (chatbots and virtual assistants) takes us into another disruption, at least as great. According to a survey by Spiceworks, 40 % of American companies with more than 500 employees will have incorporated chatbots or virtual assistants during 2019. In a new scenario, where part of the conversation of a brand with its stakeholders passes through Artificial Intelligence, communication and marketing professionals must play not only a fundamental role, but indeed the leading role, in its adoption and deployment.

“In times of rapid, dramatic changes, our ability to anticipate the future might be what really makes a difference”

By applying deep learning techniques to a person’s voice sample lasting just a few seconds, it is possible to synthesize artificially long messages, in which it is extremely difficult to distinguish between the real voice and the synthesized one. It is not even necessary to purchase costly software licenses: it can be done using open source packages. Just a few weeks ago, the news came out of the first case of fraud committed by a telephone call, digitally synthesizing the voice of the CEO of a company in the energy sector. Something similar in video is reaching such levels of sophistication and perfection that it is just a matter of time (and probably not much) before humans will be unable, without artificial assistance, to distinguish between natural reality and artificially synthesized reality. These new uses of Artificial Intelligence open the door to a whole new array of attacks on the image and reputation of  an organization and its senior executives, with a devastating potential impact, so communications professionals need to be alert and conveniently ready to act.

ANTICIPATION AS A DIFFERENTIAL FACTOR THANKS TO PREDICTIVE INTELLIGENCE

When will a reputational risk turn into a deep crisis? How can I predict trends that will change the rules of the game in my sector? The application of predictive modeling and machine learning techniques based on large volumes of data makes it possible to predict within increasingly defined confidence intervals in different types of scenario. According to a study made by Stratistics MRC, the global predictive analytics market will exceed USD 8 billion by 2019. In times of rapid, dramatic changes, our ability to anticipate the future might be what really makes a difference.

The age of Artificial Intelligence has arrived and promises to bring profound transformations in the world as we know it, at least as great, if not more, as those experienced with the arrival of the Internet and smartphones. Any companies that are incapable of adapting run the risk of disappearing. For those who  decide to embrace Artificial Intelligence, a new universe of fascinating opportunities is about to open. 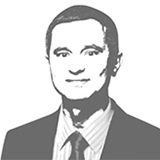 Miguel Lucas
Technology Manager at LLYC Madrid
He is a Telecommunications Engineer and has a 10-year track record in the design, manufacturing and launching on the market of corporate search engines, open web and deep web. He specialized in designing ranking algorithms for search engines and automated natural language processing. In 2008 he started up the company Acteo, from which he has collaborated with LLYC in the design and implementation of different solutions, such as BEO and MRO in the Digital area, and he has participated in the execution and start-up of numerous digital identity development projects. Miguel is currently Data Business Leader, engaged in developing data exploitation strategies and metrics that contribute value to clients’ reputation and business. [Spain]