The blind spots of innovation

Some of those reading this article have some “Google Glasses” at the bottom of their drawer. We don’t know whether they are gathering dust or waiting for their cue. Google presented their smart glasses in 2012 and those who playat anticipating the future promised us that the world would immediately become full of wearables of this nature. Nothing happened. This year, Amazon presented its own development of the device without making so much noise. This can be seen as confirmation of a trend arriving later than expected, or the final stagnation of the gadget. We will see next Black Friday.

Back in 2010, in the business world we were playing at guessing what the world would be like in 2020. Some predictions came true, others did not. The growing inequality between rural and urban was foreseeable, as was the development of cloud working or the surge in audiovisual production. But fake news, quite obvious for House, the TV doctor who insisted on the screens at that time that “everybody lies”, sneaked in through the blind spot in trend hunters’ mirrors. We could see what technological development was bringing us, but did not sense the bias that human behavior was going to give it.

The main problem we face in communication trends is what marketing experts call time to market. We can anticipate some of the technologies that will affect our work, but we do not always accurately foresee the time frame for mass adoption and sometimes we don’t see the changes coming until they are on top of us. We cannot consider all the variables. If it was so easy to bet on the future, machines would be capable of deciding fate. And this is not so, luckily.

According to the hallowed Hype Cycle applied by the IT consultancy Gartner to technological developments, a new technology first goes through a trigger phase; over inflated expectations then lead us to fall into a trough of disillusionment; until finally that technology gradually creeps into our everyday life.

In communication, digital technology has brought us haste and anxiety. We professionals are sometimes reckless early adopters who fiercely advocate the death of the old and success of the new. So in our profession we push all innovation processes through an extremely accelerated cycle similar to the one described by Gartner. We want right now what takes years to achieve in technological development and implementation. And we make mistakes in our predictions, or even get depressed and think that our commitment to change is sometimes to no avail.

Fortunately, we now have experience, with context, so we can start to act with greater agility and not too much drama in these times of constant change. We are starting to cope with uncertainty.

In 2011, Thierry Breton, CEO of the French technological company ATOS, announced the end of e-mails in his company. In 2017, the investment firm GP Bullhound put an end-date in 2018 on the corporate use of electronic mail. The e-mail killer was going to be Slack, which has suffered cumulative drops of 40% in 2019 following its flotation.

In fact, the e-mail rose from being a corpse to an established trend in communication. Newsletters have become commonplace in retail and informative firms. They filter noise and reach the right users in due time and form. Some technologies change us gradually, as was the case of electronic mail and what is now known as instant messaging, the prehistoric form of which was the SMS and which is now in its golden era with WhatsApp. Most messages, or communication, flow through private conversations in digital spaces that we do not see. They were so close that we did not realize they were going to mark the immediate present. We still do not make the most of those conversations that are invisible to measurement tools.

AI and blockchain will probably shape the future of the profession. But that will not be tomorrow. The bad news is that there is currently more noise than action. AI, which in our profession needs cognitive precision, is far from getting there, especially in Spanish, since most of the research work is being done in English. The time will come when machines will take over part of the work, but we will have to continue putting a lot in ourselves for some years yet.

Blockchain might well be a great process certifier, even in communication, but we are still a long way off seeing any really scalable results. For the time being, this novelty unleashes more activity in specialized congresses than in real applications, but it will come. Other technologies, such as augmented reality, excited us some years ago, but they will not be massive until we solve certain human problems, such as the fear of making a fool of ourselves if we use them when surrounded by people. That was another blind spot.

In communication, we have two ways of innovating in this environment: move forward boldly and contribute patiently to the development of technologies that will take years to mature, or search among existing technologies for new applications that will end up setting a trend.

The first option is expensive and requires our most valuable asset: time. Its return may be very high, even though it is much further down the road. The second involves lateral thinking to discover new ways of applying what we already know, ways of being more efficient with tools whose use is not clear when we look in the mirror. 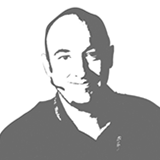