“Citizenship comes before the responses provided by large companies”

He is a small, observant man who emanates friendliness. Professor Emeritus of Sociology at the Autonomous University of Madrid Jose Juan Toharia, holds two doctorates: one in law from the Complutense University of Madrid and another in Sociology from Yale University in the United States, the latter with a thesis directed by Juan J. Linz. In 2004, Toharia founded Metroscopia, a social and opinion research institute, perhaps the most important and reputable of its kind in Spain. After a long talk, I asked him if we could discuss citizen-customers and their relationships with companies. Toharia, already equipped with surveys and studies, is a man who bases his claims on data, which makes him a solid intellectual and analytic reference.

-Who do people trust in our country? What do citizens find reliable? Is it companies?

-In Spain, companies are well off, although in an unequal way. People place great trust in SMEs; the same is true in Italy and France. Small and medium enterprises have a good reputation. It is important to note 54 percent of people surveyed have seriously considered becoming entrepreneurs, which goes against the idea that Spaniards prefer to be civil servants rather than businesspeople. The business world is associated with freedom, creativity and hope. Keep in mind 80 or 90 percent of those consulted work in SMEs.

-And what about large companies?

-They are not poorly valued, 42 percent of Spaniards approve of large companies—in comparison, of those surveyed in the United States, 18 percent approve, which is very interesting. Trust in important companies comes mostly from the quality of the product or service; the brand itself. Having said that, these large companies are ambivalent. On one hand, big companies inspire respect… on the other hand, distrust. Large companies, unlike SMEs, are perceived as anonymous and opaque, where one can see diluted responsibilities in purchasing and sales transactions, causing a lack of trust. Companies are aware of this and in order to get closer to people use Corporate Social Responsibility as a means to improve their image.

-What do you think customers expect from this evolution in large companies?

-In essence, I would say some social responsibility policies are not worthwhile, such as sponsoring large events. Citizens—except in cases where companies provide humanitarian efforts or assistance to victims of major catastrophes—prefer policies that improve customer service and employees’ workplace. Employees are the best company ambassadors. Customers really value seeing satisfied employees, it inspires trust. They also already believe they are at the center of a business’ policies given the attention they receive via honest advertising. They also appreciate transparency.

-Do you think that during the Spanish economic crisis, customers were mistreated, especially by service enterprises?

-Certainly. I would say the best regarded companies during the crisis are those that made a determined effort to engage with their surroundings. Just an example, Juan Roig, CEO of Mercadona, made very interesting policy changes during the crisis in the way the company distributes its products and how it recruits employees. Telephone companies receive more criticism from young people because their phones’ maintenance has resulted more costly than they expected. Perceptions also matter. Inditex is a good example of this; Amancio Ortega projects friendliness, does not flaunt his wealth and has shown he worked hard to earn his current position… these qualities were highly valued during the crisis and continue to be today.

42 percent of Spaniards approve of large companies—in comparison, of those surveyed in the United States, 18 percent approve, which is very interesting

-Have you detected in companies the need to have powerful customer service departments?

-No, actually. For example, I encourage businesspeople to stay informed about current events in Spain and what people here are thinking about. When I suggest it, they find it very interesting, but do not address the issue in depth. Although this is not always the case—there are some large companies exploring this path. Some industries have reputational problems, yet never try to find out why.

-I assume there is a lack of business sensitivity regarding what citizen-customers think.

-That is right. Only a small number of companies attempt to find out Spaniards’ opinions on the most important issues in our country. Most of them find it interesting but do not follow up, they do not take those type of studies seriously. Business executives are more concerned with the bottom line because in their eyes, shareholders come before customers. In terms of public opinion, the prevailing perception is employees and customers receive little attention.

– Are citizens, customers and taxpayers reacting to this lack of interest and prioritization toward them?

-Spaniards are becoming more demanding and even look up company reviews online, for one. In Spain, the OCU has not been very effective, unlike the United States where Consumer Reports is “the Bible.” Ralph Nader, who authored Unsafe at Any Speed and thereby revolutionized safety in the automobile industry, fully supported Consumer Reports and became known as the consumer’s advocate. Well, something similar is starting to happen in Spain. However, in the United States, a product will not sell unless it has a positive Consumer Reports review. Here in Spain, people look for a reliable reference. There is the OCU, which has some credibility issues, but also social media, a prominent source in this matter as of late. Nevertheless, there is a general sense of distrust companies have yet to detect properly. They spend a lot of money on advertising and very little on getting to know their markets through their current or potential customers.

-So Spain has room to be more considerate toward customers?

– Indeed, citizenship comes before the response provided by large companies. They believe they are not getting appropriate responses. There is a clear demand for attention that is not always interpreted well. Customers do not understand the logic behind sponsorships and other expensive initiatives, especially given the poor attention they currently receive.

There were no entrepreneurs in Spain—not true entrepreneurs, at least—until the Transition (1977-78). We are moving in the right direction, but there is still a lack of social sensibility toward knowing what society really thinks

-Are you saying a customer-focused corporate social responsibility would work better?

-Exactly. People understand humanitarian causes, but not other types of causes. Reorient policies to benefit employees and customers. These are the priorities currently in demand.

-Do companies have sociologists and psychologists who study customers’ movements or has this culture of corporate intelligence not taken form?

-It has yet to occur. Research departments have great economists. In a few companies there are professionals who detect “which way the wind blows” in society. However, this is rare for Spanish companies and it probably has to do with entrepreneurs who were trained to see customers only as consumers. Advertising companies are beginning to change, especially with qualitative rather than quantitative studies.

– Is Spain’s “upper and lower class” culture the cause for the lack of harmony between companies and customers?

– Deep down, yes. We all want to know what the world is like because we live in it, but there are realities that can only be well perceived from the outside. It so happens people believe reality is only what they perceive, but this is not the case and any Spanish company that believes this lacks professionalism. There were no entrepreneurs in Spain—not true entrepreneurs, at least—until the Transition (1977-78). We are moving in the right direction, but there is still a lack of social sensibility toward knowing what society really thinks. 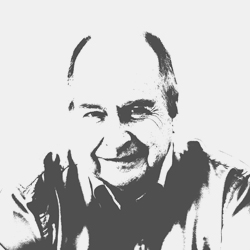 Jose Juan Toharia Cortes
President and Founder, Metroscopia
Toharia holds a doctorate in law from Complutense University and a doctorate in sociology from Yale University, with a thesis directed by Juan J. Linz. He was a professor of sociology at the Faculty of Economics and Business Studies at the Autonomous University of Madrid until 2009, as well as a member of the Cuadernos para el Diálogo founding team in 1963. He was a technical consultant for both the United Nations, for electoral and socio-legal matters (from 1993 to 2006), and the World Bank, regarding issues of public opinion on the justice system and  justice reform (from 2002 to 2003). In 2002, Toharia was also a technical consultant for the Asia Foundation and the Asian Development Bank on topics related to public opinion and judicial reform. Additionally, Toharia writes opinion pieces for El País and regularly gives lectures and leads courses in multiple languages on topics related to public opinion, pre-electoral surveys and the administration of justice. Toharia has also developed several publications in the field of demographic and socio-legal studies. Spain.