The Recovery Plan – A Vision of the Future for Industrial Policy

The social, economic and health crisis we have gone through and which, albeit with a clear way out, we are still stuck in, has hit Spanish industry and most economic sectors in our country. This crisis has overlapped the trade tensions–primarily, but not only, between the United States and China–and the dilution of multilateralism and global governance. This has been exacerbated by the invasion of Ukraine by the Russian Federation which, as well as the dramatic consequences for the lives and assets of the Ukrainian people, has had an extraordinary direct impact on Europe, the European Union and Spain. And far from being contained, this could even get worse.

In this situation, the European Commission proposed an industrial strategy called “A New Industrial Strategy for Europe” in March 2020 and then, in May 2021, its “Updating the 2020 industrial strategy: Building a Stronger Single Market for Europe’s Recovery”, which incorporates the lessons from the crisis, highlighting the importance of industry to strengthen economic resilience and speed up the twin transitions while maintaining and creating jobs.

The pandemic has clearly shown the strengths and highlighted the weaknesses of our economy and our productive system. It has also shown the problems of external dependence on basic materials and accentuated the overriding need to underpin the European and Spanish industrial foundations.

The pandemic has clearly shown the strengths and highlighted the weaknesses of our economy and our productive system.

The European Union and Spain must develop regulations that provide greater resilience and robustness to European industry. And they must develop instruments to channel investments that stimulate the competitiveness of industry, modernize its productive fabric, strengthen its ability to create quality jobs, promote its energy efficiency, drive its capacity for innovation and commit to the transition toward a circular economy that fosters a change of habits and conduct that takes consumers into account.

The Spanish industry is facing new challenges and potential difficulties, such as problems in the supply chains. We are facing high inflation and strong hikes in industrial prices and the knock-on effect on end products. And current geopolitical tensions in Eastern Europe are adding complexity, thus calling for the utmost care from all parties.

Faced with this, European and Spanish industry stand on the front line of priority and are a key vector of the European economic recovery plan–Next Generation EU–which facilitates mass investments to strengthen and bridge industrial value chains and relocate, in a smart and strategic fashion, production in Europe and in Spain while harnessing new opportunities offered by the upcoming drive from new industrial sectors. This must be accompanied by the necessary qualification and human resources training to address these changes.

This instrument should help us tackle the current scenario, in addition to the trade war (of the last Trump administration), a global pandemic (which, in addition to the millions who died, led to the hibernation of our economies and profound social and geostrategic changes) and most recently, a war with a nuclear power (and the main supplier of resources and a good part of raw materials), which has invaded a sovereign nation that was a source of important basic products and raw materials for Europe.

Having embarked on a recovery plan, Europe has taken very important economic measures (together with other countries in the international community) in the form of sanctions and vetoes on the Russian Federation, which will worsen the global economic outlook, whatever they may be.

The PERTE are one of the innovative, key elements for materializing support for industry and the transformation of our productive fabric.

Within this economic framework, and to contribute to the objectives outlined, particularly to strengthening and improving the competitiveness of industry and the modernization of our industrial fabric, the Secretariat-General of Industry and SMEs (SGIPYME) has pushed through a support instrument: the Strategic Projects for the Recovery and Transformation of the Economy (PERTE) as a public-private collaboration scheme for the transformation of our productive model.

The PERTE are one of the innovative key elements for materializing support for industry and the transformation of our productive fabric. This is a scheme based on the concept of Important Projects of Common European Interest (IPCEI)—which are having so much success at an EU level in such fields as batteries, hydrogen and microelectronics. In this concept, public support is channeled into development in a certain field, and interested parties must compete for the support as groups. The process begins with the determination of the different rungs of the value chains that give rise to compliance with the specific objective. Following that, and as can be seen in the terms and conditions of the PERTE VEC, these rungs are grouped together according to their nature, in interconnected blocks that the companies from the group must compete for.

This new concept of public support, which requires effective cooperation between companies and the other agents in the value chain of a certain sector, drives companies to join projects and consolidates companies of very different sizes. This motivates teamwork where companies contribute their experience and dimension with the goal of  defining and attaining objectives as a joint yet unique body: the global driving project.

The financing of these projects must promote an increasingly important element: open strategic autonomy at a national and European level.

The financing of these projects must promote an increasingly important element: open strategic autonomy at a national and European level. The aim is to boost industrial sovereignty in the internal market, which is the jewel in the crown, for the security, prosperity, and well-being of our citizens.

The Recovery, Transformation, and Resilience Plan thus acts from an economic perspective to address the consequences of the pandemic. This is being done with a view to harnessing the Next Generation EU funds to underpin industrial value chains in Europe with a full European connection and acting to reinforce our industrial capabilities with a view to future threats. We hope that it leaves a legacy that has had little visibility to date: the definitive shift of Spanish industrial policy toward strategic projects with a critical mass and a high technological and territorial impact. 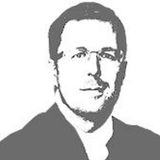