A Generation with a Cause

IDEASUNO MagazineA Generation with a Cause

“There is nothing more powerful than an idea whose time has come.” Or, with Victor Hugo’s permission, a generation whose time has come to change the status quo. 2020 is a #TurningPoint, one that brings complex challenges with it, but many opportunities as well. The time is now, and tomorrow we will feel the repercussions. This is why we focus our discussion on future leaders, a generation of young people with a cause whose influence is giving rise to new forms of leadership. The unavoidable message these future leaders are sending is that the shape of companies themselves, and even industry at large, is subject to change.

2020 is a
#TurningPoint, one which that brings with it complex challenges with it, but many opportunities
as well. The time is now, and tomorrow we will feel the repercussions.

What are future leaders talking about? What do they write about? What are they thinking? What are their values? At LLYC, our goal is to anticipate who the Spanish- and Portuguese-speaking world’s future leaders will be, as well as what they will be like. To this end, we partnered with Trivu, a global system that promotes opportunities for young talent, to carry out an innovative study. Across 12 countries, we used NLP (natural language processing) technology and artificial intelligence to psychosocially analyze young Spanish- and Portuguese-speaking leaders born after 1990.

These discursive and digital footprint analyses further allowed us to pinpoint the elements of this younger generation’s evolution, comparing it to leaders from the current generation.

Activists for the Common Good

These young people have become social activism’s standard-bearers. The new generation’s discourse includes many more calls for collective benefit and the common good. Future leaders use adjectives such as “public,” “climate,” “educational,” “global,” and “social” much more often. Their dialogue paints a picture of a disciplined generation, with a greater tendency toward action. Younger leaders use the verb “do” more often than the verb “say,” the exact opposite of current leaders. They also refer more often to the idea of “doing work.” Our personality analysis highlights their sense of duty and strong discipline compared to previous generations. Whether entrepreneurs, researchers, or artists, they all have a social cause. They are activists for the common good.

Young leaders are transforming everything around them, including opinions, established patterns, and even entire sectors. They are bringing about change in their local and digital communities, demonstrating through action and words that leadership can be “empathetic,”, “open,” “responsible,” “collective,” and, above all, “inspirational.” Two U.S. academics, Bruce Avolio and Bernard Bass, introduced the concept of transformational leadership in 1991. In their model, a leader is someone who utilizes teamwork to identify a necessary change, then formulates a vision to inspire and steer that change and implements it alongside committed group members.

The Legacy of Digital

Evidence suggests a strong correlation between how we talk and how we act, think, and feel as individuals. Along those same lines, language is an essential leadership tool for rallying support. The proliferation of new technologies has only enhanced this reality, with young people leaving a distinct narrative and discursive footprint in their digital wake. This footprint is as extensive as it is revealing. We closely examined communications from various leaders’ social media accounts through a morphosemantic lens.

Looking at each generation’s top 50 most- used nouns, it is clear that future leaders’ discourse is much more centered on community and social values, all anchored in the importance of collective action. The nouns commonly used by younger leaders include “life,” “people,” “world,” “family,” “friends,” “love,” “team,” and “support.” Conversely, current leaders refer to these concepts far more rarely, if at all. In the younger generation’s discourse, emotional words are used 45 percent more often than among the older generation, with 78 percent of those emotional words being positive in nature.

Another significant gap between generations is their response to digitization. Although it might seem  as though the whole world is currently debating the merits of digital transformation and technological innovation, future leaders were the only group to meaningfully discuss digitization in the messaging analyzed.

LLYC analyzed 11,771 tweets, 1,017,391 words, 8,931 Instagram posts, 81 YouTube videos, 91 Twitter, accounts and 106 Instagram accounts from a total of 120 leaders originating from 12 countries. Beyond simple figures, Future Leaders provides strong evidence to suggest that influential young people are coming on strong, together with the causes they champion. They are changing the rules of the game. They are questioning all conventionally understood executive processes. With them comes the dawn of a new leadership.

They are changing the rules of the game. They are questioning all conventionally understood
executive processes. With them comes the dawn of a new leadership. 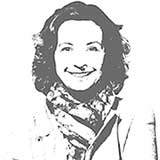