Collaboration and Voices from Young Women as a Path towards Hope

“Young people are the future, because they understand the planet’s problems.” That was said by the great primatologist Jane Goodall, and I think she’s completely right, but I would add that we’re also the present.

We’re the present because we understand that we are not simply spectators, but rather the protagonists in a story of change. We’re bringers of social transformation, an active part of society. We want to be heard and taken into account.

Therein also lies the importance of intergenerational dialogue, sharing experiences and outlooks, talking about and debating ideas, and finding solutions together. Adultcentrism must be set aside, because redesigning the world requires broad, diverse, and inclusive collaboration. In this sense, we must be radical. In order to promise a future for upcoming generations, we need to bring about systemic change in the ways we do things and steer ourselves toward sustainable development. We need to understand the basis behind “renaissance” as not just something we read or hear about. It’s through specific actions and in partnership with society’s different stakeholders that we will implement real, necessary, and urgent change.

Adultcentrism must be set aside, because redesigning the world requires broad

In this context, young women’s voices should be boosted and amplified to help grow feminine leadership. In this form of leadership, emotions aren’t viewed as weaknesses or vulnerabilities that prevent us from reaching our goals, but rather as strengths in a world that needs to talk, needs humanity. “We need a strong dose of empathy and co-responsibility in the home and in daily life so that power is not hostile to participation from women, a space monopolized by men,” said Margarita Flandez Tremendas Chile.

young women’s voices should be boosted and amplified
to help grow feminine leadership. In this form of leadership, emotions
aren’t viewed as weaknesses or vulnerabilities

And if we’re talking about urgencies, the climate crisis is one of them. The current situation, based on existing data from the scientific world, clearly highlights the undeniable despite the foolishness, blindness, and egoism of those who hold their personal well being above the common good. Some forget that, by living in a community, the problems that affect me will also affect my neighbor.

Education for young women is one solution to climate change, and it’s decisive for a sustainable future. According to Project Drawdown, one of the three issues to work on is social cohesion by promoting gender equality. Within this, it’s important to highlight the empowerment and education of young women.

The global community must tackle women’s reproductive health from a perspective of gender justice, with a strong emphasis on the right to quality education programs for young women.

Another important issue is promoting climate resilience. Research from the Brookings Institute shows that countries’ resilience in the face of climate disasters improves by a considerable percentage for every additional year of schooling given to young women. Furthermore, education for young women can be seen as promoting strength in green skills to produce leaders in green economies. It is relevant and tremendously important to train young female leaders and empower them so they can bring about positive and sustainable change.

There are still gaps in the evidence that need to be filled and questions that must be answered, but progress on gender equality, achieving equality, and women’s empowerment are key to tackling climate change. An increasing number of studies by international organizations are showing it to be true. 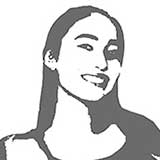 Julieta Martínez
Founder of Tremendas
CO-FOUNDER OF THE LATINAS FOR CLIMATE MOVEMENTJulieta Martiínez, 17, climate and gender equality activist. Member of the UN Women Youth Task Force Beijing +25. Founder of the regional Action Platform TREMENDAS, that which promotes the empowerment of young women, teenagers, and young people by inviting them to use their talents and/or skills to generate social impact. This community currently consists of over 200 young women and people from all over Chile and Latin America, who work together under the SDG. She Martinez is the co-founder of the Latinas for Climate movement, a WWF ambassador, and a member of the Ashoka Young Agents of Change Network.