SUSTAINABLE LEADERSHIP in TIMES of CHANGE

Why is it, in a century which has seen such a great wealth of literature on the subject of leadership, that the world has so few skillful leaders? Airport bookshops fill their shelves with manuals for success, most focusing on leadership advice. What these manuals fail to tell you is that the skills needed to manage teams, undertake initiatives, resolve crises, unite desires, persuade others, face enemies, overcome adversity, bring out the best allies, and claim victory only emerge through genuine strength and authentic leadership.

There is a Mexican expression loosely translated as “treading water,” which can refer to the opposite of effective leadership. Put another way, ineffective leaders simply “go with the flow,” merely stretching out their arms and floating on the surface of still water. However, today’s waters are being constantly shifted by wind and storms, so such easygoing pleasures are fleeting at best.

We live in difficult times. Competition is stiff, markets are alienated, circumstances change at a brutal rate, technological and social changes are far-reaching, and the foundational paradigms of our work and lives have vanished beneath us. As such, the primary requirement for all leadership is knowing and understanding the world in which we live, moving through it as an active participant rather than a spectator. A leader understands that we are seeing the change of an era (not in an era of change), which one could even call the true turn of the century.

Leadership is also the ability to understand and share people’s feelings and remain
aware of the lives of others.

Leadership is also the ability to understand and share people’s feelings and remain aware of the lives of others. Many different large-scale movements have defined contemporary civilization, but they share one common thread: They all respond to deep-seated, irreversible human desires, such as liberty, justice, dignity, equality, and many more. Those sentiments have not dwindled in the hearts of people today. We all aspire to those ideals and suffer in their absence. Effective leaders must manage the feelings of those around them and constantly work toward those ends.

Leadership is decision making. Leadership is knowing that the buck stops at you. There is no one else to call, no one else to consult. Leaders must act of their own volition, often having to choose between imperfect scenarios full of contradictions and risks. Making decisions involves no small amount of calculation and foresight. Skillful leaders intuit the results of their actions, anticipate the reactions of their communities, and have a plan to achieve their goals independent from those reactions.

Leadership is persuasion. Leadership is convincing workers to devote themselves to your projects, understand the path forward, and push diligently toward the destination. Skillful leaders are able to make ideas into reality. Making progress together requires a common foundation on which to stand. The leader steers, proposes, suggests, and builds based on this shared conviction. Leadership is convincing those around you of your ideals, on a scale both large and small. All of this is regardless of whether these ideas are costly, unpopular, misunderstood, or any number of other difficulties. For this reason, leadership is distinct from populism, though the two are often confused. Populist leaders are not leaders, but are, in fact, populists.

Leadership is setting an example. Leadership is honesty with oneself as much as others. No one can uphold hierarchical power or authority without the credibility afforded by exemplary behavior. Leadership is compromise, involving a constant search for agreement, constructive consensus and finding common ground. Skillful leaders have honest conversations about the nature of the future, of the world’s multilateralism. Skillful leaders understand that peace is the only way forward and are ready to tackle an ever-expanding international agenda concerning all life on the planet.

Leadership is responsibility. Skillful leaders prioritize the company’s goals over simple profit. Skillful leaders care more about the common interests of stakeholders than the financial ones. Responsibility is considering others, overcoming sectarianism, and seeing oneself as an integral part of the common good, not just the interests of one’s peers.

Compounding all of this, all the aspects of leadership shift during a crisis such as this pandemic. Despite this complicating factor, German Chancellor Angela Merkel has shown exemplary leadership skills despite her country’s highly complex political situation. Conversely, the United States’ standing and credibility as a world leader plummeted due to President Donald Trump renouncing his country’s allies worldwide. French President Emmanuel Macron and Merkel have carried out an extraordinarily successful crisis recovery plan, setting the standard for European pandemic response. At present, Latin America lacks leaders with the prowess to tackle this pandemic’s serious socioeconomic consequences.

The majority of advice in leadership manuals does not effectively forge great leaders. It engenders leaders of paltry spaces, often egotistical and ineffective at addressing real issues. Today, after COVID, the standards have changed. People demand leaders who build and agree, not leaders who destroy through conflict. Society demands better public services, a cause which will require solidarity. To overcome this crisis, collective fiscal efforts will be necessary. Companies will need to make the best use of European financial stimulus, which will require fostering governmental relations. A high degree of responsibility, both individual and collective, will be necessary from everyone, across all walks of life.

To overcome future challenges, Spain must return to being the country that some called the “Germany of the South.” Leadership at all levels, both private and public, is and will continue to be essential. Leadership must be solid, exemplary, responsible, committed, and, above all, sustainable. 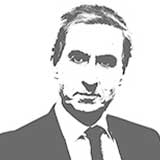