We start this edition of UNO#11 by celebrating two new awards granted to the magazine: The Grand Award for Best Magazines – Overall Presentation and the Gold Mercury Award of the International MERCURY 2012/13. Both awards recognize the work of all of the internal and external collaborators of the Firm who make the publication of UNO possible.

UNO#11 brings us closer to one of the key issues of global businesses: the need to manage the diversity of operating contexts under which enterprises, financial institutions and industries on both sides of the Atlantic operate. 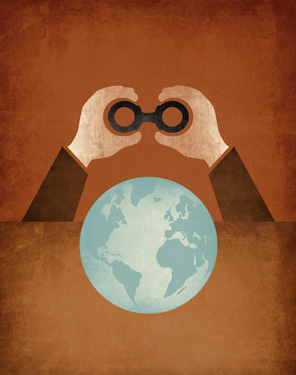 On one hand, in the Iberian Peninsula, where we are still experiencing the difficulties that “The Great Recession” has caused throughout the European Union, the current challenge is meeting the needs to strengthen and increase the trust and credibility of the organizations, which has currently been lost among its operative context and stakeholders.

On the other, in Latin America, even with all the contradictions and exceptions, the current situation is one of significant economic development, the most positive conditions in decades.

The current document will reflect the state of the debate on this issue and the opportunities and challenges to manage such a complex environment by senior executives from companies with interests in the Spanish- and Portuguese-speaking markets in Iberia and Latin America. That implies, identifying and analyzing the main risks that need to be faced in the field of relations with the Regulator body and the political world, in the field of economic expectations and market requirements, analysts, investors and stakeholders as well as in the management sphere.

The current challenge: managing the diversity of operating contexts under which enterprises, financial institutions and industries on both sides of the Atlantic operate

I hope you enjoy this issue of UNO and, to the extent possible, hope it helps you to navigate through the present challenges that put businesses’ leadership to a test, forcing them to find their true potential to successfully get away from the dangerous maze they have been put in.