The constant management of uncertainties

95% of all businesses (multilatinas, multinationals, family or SMEs) as well as most countries (only Western countries will be considered) are experiencing, at least, a crisis affecting their image, reputation and, in the first case, their income. The word crisis is the most repeated term in the economic press worldwide (especially in the Western countries and the so-called emerging economies) not just nowadays, but always.

The management of uncertainty is therefore the trend of both businesses and governments, even if senior executives and political leaders state that they will not have to carry out their activities in “troubled times”. To put it in a simple way, this could happen even if they are not “to blame”, since external favors could affect internal behaviors.

The problem is not the fact that the coming years will still be marked by uncertainty, but knowing that those who have to make the decisions, sometimes the only measures to fight this problem, are not well-prepared.

The dichotomy between populism and technocratic stiffness on both sides of the Atlantic shares short-termism as a common axis. Thus, the successes are relative and, sooner or later, become failures. Short-termism is the biggest enemy of strategies and many political and business’ leaders mistakenly think that a strategy is a mere series of actions.

Politicians are required to be more visible, on both sides of the Atlantic, but business leaders should be asked to be less transparent as well since, in uncertain times, silence is not only not profitable, but also generates a lot of talks

Trust is the most sacred feature among people and institutions. Self-confidence, trust in the markets, companies or countries is the first and foremost measure to guarantee success in times of uncertainty and this is an endemic problem plaguing the decision-making process. We often hear that “Crisis equals opportunity” a blatant nonsense, as crisis is not required in order to create opportunities.

If we were to break down the term CRISIS into C for confidence, R for responsibility, I for intelligence, S for security, I for initiative and S for serenity we would have the main shortcomings of many, although not all, charismatic leaders managing businesses or countries. If we focus only on the word confidence, we would note the lack of preparedness and prevention in terms of strategy. Preventing entails not improvising the business or political management and even less implementing “brilliant” ideas that have not been previously analyzed. In short, managing trust implies rethinking the business, country or institution model in a constant manner, without precipitation, always looking for solutions and not blame and always striving for a long-term solution, even when the short-term realities are suffocating.

The loss of confidence is not ethereal. It is tangible. Politicians are required to be more visible, on both sides of the Atlantic, but business leaders should be asked to be less transparent as well since, in uncertain times, silence is not only not profitable, but also generates a lot of talks.

I would argue that the governments, countries and businesses that do not know how to communicate have little or no influence in the decision-making process. Poor communication policies or even communication understood as a “lesser evil” guarantees, sooner or later, a business or political failure. Communication strategies are very powerful tools in times of uncertainty, but as UNO readers know, communication should not be understood as advertising and even less as doing well in the media. In times like these it is more profitable to invest in communication than managing the political or business’ consequences of a poor or nonexistent communicational strategy.

The current situation is real, true, but it also has an important psychological element and both from a commercial and political point of view analysis should be carried out in order to exactly know what is really affecting us and what are mere fears and suspicions. “Know thyself” is more necessary than ever and the trust we ask others to have is what we should offer to our immediate surroundings. Time is running out. We should not expect “Daddy State” to solve all of our problems, nor governments or divine providence. The slowness that certain leaders have shown due to a lack of strategy, should be countered with the speed that each of us must have in order to be convinced that we can have confidence in our chances and remember that both in good and bad times, this confidence should be bigger than the pessimistic trend that the markets, media and even friends and family show every day. 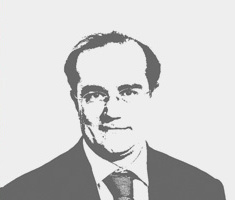 Mr. Alcat is the Executive Director of the Advanced Program in Business and Communications Management organized by the IE Business School and the Asociación de Directivos en Comunicación. He has a degree in Information Sciences from the University of Navarra and a PDD from the IESE Business School. He has trained over 8,000 senior managers in communication and has handled over 200 cases of corporate crisis. He is the author of the following books: Y ahora ¿Qué? (What is next?), Seis recetas para superar la crisis (Six recipes for overcoming the crisis) and ¡Influye!(Influence!). Mr. Alcat has received the Manager Thinker 2010 award for his contribution in the field of communication in the business world. @EnriqueAlcat