We are close, very close. Maybe closer than ever, despite the last two disappointments, one of them when we were almost touching success.

But faith, perseverance, optimism and the certainty of knowing that we are a great city backed by a great country would not let us give up. And we will succeed. Madrid will host the Olympic Games in 2020. And we feel sorry for our beloved Tokyo and Istanbul. One of them had already its opportunity; the other one will certainly have one in the future.

But my mission, apart from letting myself dreaming as a citizen of Madrid with the hopes of almost all Spaniards, is to talk about architecture. About the one that has already been built and about those project needed to “kill the match”.

We need to control the expenditure and act with austerity, common sense and efficiency. We need to think not only about the 30 days the Olympic Games last but also about the future of the city and the wellness and pleasure of future generations

We were lucky to decide to start working in advance, maybe some started too early, but that is currently our best “weapon”. In our current society of uncertainty, having a very developed program and almost all the infrastructures already built is a great advantage. The project is simple, efficient and austere. Without overspending and down to Earth. This time we will not need to build expensive infrastructures with an uncertain future, and we will not make the same mistakes as in previous occasions by designing marvelous facilities created by the (in many cases) world starts of architecture who would ruin us.

We need to control the expenditure and act with austerity, common sense and efficiency. We need to think not only about the 30 days the Olympic Games last but also about the future of the city and the wellness and pleasure of future generations.

Madrid has already several infrastructures ready to welcome the Games. Most facilities are already built: the Olympic village, the stadium Santiago Bernabéu, La Peineta, the Palacio de los Deportes, the Magic Box, the Retiro Park, the Plaza de Toros (bullring), Madrid Arena, the Ifema pavilions… Our project is not to change the city in a radical way as Barcelona did with the expansion towards the sea (Madrid has already experienced projects of expansion over the last years with great urban operations such as the underground routing of the M-30, the Madrid Rio project, the Chamartin train station operation…). But what we can do is to improve important areas of the city which are now unfinished such as the surrounding area of the stadium La Peineta, the aquatic facilities, the Olympic Village…etc.

We must also update the city with new hotels; some of them are not a future plan but yet a reality. One example is the complex of Canalejas Madrid Centro which will house the new luxurious hotel Four Seasons whose project we are proud to have developed as architects.

An Olympic nomination is a unique opportunity in history: just a few numbers of cities in the whole world have hosted and will host in the future this event, and, as it has happened in previous examples with other cultural and social events such as world exhibitions etc., these kinds of events can change the future of any city. In almost all cases there is a before and after.

Madrid deserves being an Olympic city due to its architectural quality, its commitment with art and culture, its history and its citizens. Our city is one of the most important tourist destinations in the world. It is a leading congress center, an important fair trade city and the most important thing, it is home of the best football team in history. –I am not saying that because of my well-known love for the team which I inherited from my father who is currently enjoying his role of “white senator” since he is among the oldest 100 fan members of the team. I am saying this because of the promotion it represents for our city to be chosen as the Olympic city in 2020–.

Madrid deserves being an Olympic city due to its architectural quality, its commitment with art and culture, its history and its citizens

The modern concept of the Olympic Games was born in 1896, just six years before the foundation of our team. For many years, even after the Second World War, football was one of the main sports and Real Madrid was one of the teams who gave more players to the Spanish Olympism: Antwerp 1920, Paris 1924, Rome 1934… After that, the king of sports decreased in popularity regarding the Olympic sphere due to professionalism (traditionally excluded from the Olympic sport until recently periods) and the creation of the World Football Championships in 1930. But Real Madrid will allow the use of its stadium for the Olympic event. This will be an extraordinary circumstance since by then it will certainly be one of the best stadiums in the world. By 2020 the project of reformation of the stadium the current president Florentino Pérez wants to carry will be finished. We are taking part of the architectural ideas competition (which is currently happening) and we have the pleasure to participate together with our partners of Populous, world leaders in architecture for sports events and authors of several stadiums such as Webley and the recent Olympic Stadium in London.

The team Atletico de Madrid will take the stadium La Peineta, which once finished the Games will be only used for football and will hold the first positions of the best and more modern stadiums in Europe. 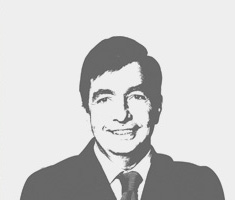 Carlos Lamela
Architect
Senior Architect by the Superior Technical School of Architecture of Madrid (ETSAM), 1981. He is the Executive Chairman of Estudio Lamela, which was founded by his father Antonio. Amongst Estudio’s last important works the Expansion and Remodeling of the Stadium Santiago Bernabéu, the City Real Madrid, the Terminal 4 of Barajas Airport, the Expansion of the Airport of Gran Canaria, the Contact Center of Banco Santander in Mexico, the EXPO  Zaragoza Business Park, the Airport of Warsaw, the New Stadium of Cracow, the new Headquarters of John Deere, Caja Badajoz and Bank Sohar in Oman, and the new project Canalejas Madrid Centro with the new Hotel Four Seasons should be highlighted.