From Madrid to the Olympic sky

Madrid and Spain in general are looking forward to hearing the decision of the IOC in Buenos Aires next September the 7th. As it could not be in a different way, Argentina will witness the Assembly of the IOC which will decide the name of the hosting city for 2020.

Madrid, the only European capital that has not organized the Olympic Games, is putting all the eggs in one basket. Maybe it is not exactly like that since it is the third time in a row the city competes to become an Olympic city. In previous occasions Madrid has presented itself as a modern city with an incomparable network of transportation and hotels in the whole world. But, even though it is truth, it was not enough to win. The demanding Committee preferred the sobriety and back of London on its meeting in Singapore; and four years ago in Copenhagen they bet for a growing economy such as the Brazilian one.

The Latin American vote will be decisive

I do not think the Committee was wrong in both occasions. As it was seen some months ago, London was a great success in organization and despite the current period of crisis they managed to make the event economically profitable. It is the first time in a long period the Olympic Games have not left an economic problem once the athletes left. As for Rio we still need to see in the coming years, but it seems the good work and the joy of its citizens will turn the event into a success. To be honest, Brazil and South America deserve so. Brazil is nowadays a world power to which everybody is looking. Its economic figures are admirable and the country has become a model for all the emergent economies. Organizing the Olympic Games and the World Cup is a well-deserved award to management and good work.

This time things seem to be different for Madrid 2020. It is a more matured candidacy. It has learnt from its own mistakes, it has improved its comprehensive proposal in line with the IOC ideas and one important fact is that it will not be competing with other South American countries as it happened four years ago with Rio. Madrid’s opponents are Istanbul and Tokyo, which do not seem especially solid and of course do not have the experience of almost being chosen the hosting city twice. The Latin American vote will have great important in the last decision.

Writing from a Col 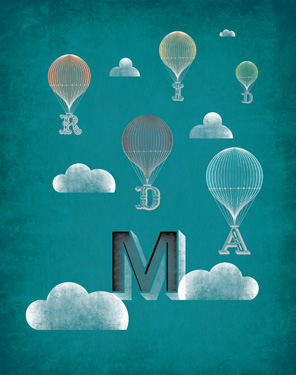 ombian newspaper but with a Spanish heart, I could waste my time trying to justify why I am asking to vote for Madrid (which, by the way, is the city where I was born). I will not waste more lines trying to justify it. The fact is that Madrid deserves so. It has been working in this project for fifteen years and knows this is its last opportunity. Along these years I have met dozens of professionals, athletes and volunteers who have bet for Madrid to make its Olympic game come true. In general, things have been done in a very good way and there is light at the end of the tunnel.

Madrid seems to be the favorite one, which is not always good due to the possible alliances of those candidacies who know have less chances. Turkey and specially Istanbul are experiencing a period of upheaval during the last weeks regarding violence in the streets. The IOC is a declared enemy of scandals (it has its own ones) and the demonstrations in the city during the last weeks has made the city lose points in favor. It looks like the surprise factor is being deactivated from the inside of the Ottoman Empire. The number of voices dissatisfied with the politic situation and the system of freedom in Turkey is increasing. However, that is not necessarily an obstacle to become the hosting city as it happened with China, a country which is not very famous for its freedom and which organized the Games in Beijing in 2008 (with quite a great success, by the way).

When launching Marca in Colombia a month ago, I had the opportunity to spend some days with Alejandro Blanco, President of the Spanish Olympic Committee. Apart from promoting Madrid’s candidacy, his bet for Latin America was very clear and he recalled Cali, which will host the World Games. He also mentioned Buenos Aires and Medellin, which, as well as Madrid, want the same fate by becoming the hosting city of the 2018 Youth Games. His speech was very clear: the historical bridge between Spain and Latin America, which in many occasions is more an image than a real situation, is, and must be, opener than ever. There is a long path to walk together from both sides of the Atlantic, cultural and economically speaking.

I have met dozens of professionals, athletes and volunteers who have bet for Madrid to make its Olympic game come true

The fact is that when I said goodbye to Blanco in the airport of El Dorado in Bogota, I could not help but asking him directly if Madrid would be the winner next September 7th. As a good Galician he did not give me a clear answer, but he smiled in a way that made me happy. I hope that is the case because, as I have said before, Madrid and its people deserve so. 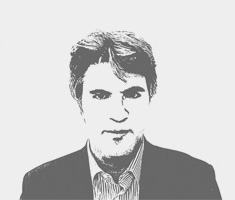 Marcial Muñoz
Director of the newspaper Marca Colombia
He is a Spanish Journalist and businessman who has been living in Colombia for the last five years. He is currently the director of the newspaper Marca Colombia –this is the first time this newspaper has a franchise outside Spain– and manager of Milagro Andino, a company which offers general consultancy to Spanish companies investing in the country. He has developed his carrier in different media such as Publimetro –he was founding director–, and some Spanish and Latin American companies. He was graduated in Information Sciences by the Complutense University of Madrid, he holds an Executive MBA by the Polytechnic University of Madrid and a Master in Business Management by the European Social Fund.