We have learnt to how to be a candidate city. It has been a long time since Madrid started to work in all aspects, with hope, tools and experience in order to become the chosen city to host the Olympic and Paralympic Games. This time, being the favorite does not come from our desire but from hard work over more than 10 years. By losing votes we have learnt how to win them, how to improve and keep on creating hope, infrastructures and a committed city with a social movement beyond the athletes’ competition.

We are the favorite one not only because of our yearning or the support of a country and a city but also because of our reality. We have the facilities, the planning, the population’s support and the tools and resources needed to, once again, show that we are completely ready to host the Olympic Games in Madrid 2020 and succeed. Over time, we could maybe agree that the Games in 2012 or 2016 would have been too early for the city. But 2020 is the perfect time.

By losing votes we have learnt how to win them, how to improve and keep on creating hope, infrastructures and a committed city with a social movement beyond the athletes’ competition

Despite the deep crisis, suffering in the social, business, work and economic sectors… Madrid’s candidacy with the lead of Alejandro Blanco, President of the Spanish Olympic Committee, surrounded by a team with a liniment approach rather than a political one, is ready to compete next September the 7th in Buenos Aires and make the IOC members to choose Madrid as the best option to host the much desired Games. The Games we have been fighting for and for which we have gain a great maturity with social, public and private commitment.

I do not want to talk a lot about our “opponents”. They are friends and this is sports and Olympism. But not Tokyo with a lower percentage of built facilities against the 78% of Madrid and with a lower population’s support compared to Madrid and with other disadvantages regarding the climate etc.; nor Istanbul which is socially suffering, can defeat Madrid this time. And this assertion is not the result of patriotism/optimism, which could also be. To me is reality.

It is true that the former Constantinople has a great economic support, but these Games, the 2020 Games, our Games, more than ever need to be austere. They have to be innovative, participative, big… but controlling the resources. We do not mean to be stingy but we want to use the same concepts used in all the world’s tournaments –more than 70– organized in Spain over the last decade or the more than 80 European championships also organized successfully in our country.

In this momentum of the sport we need to achieve that fourth dimension. The sports values, example, effort, the healthy fight, winning, loosing… the education, help, emotions… the society, Madrid, Spain… We need it. We deserve it

We have achieved it in the past with the Olympic Games in Barcelona 1992 and we also show it nowadays with the capacity and solvency of our social, sports and economic system. Madrid is more than ready.

It is not the time for euphoria but the time to believe in the good job of our team. Previous teams tried it in 2012 and 2016 with the same effort. But, as it happens in sports you can also be part of history with results, and we must admit that previous results were not good. We were defeated. 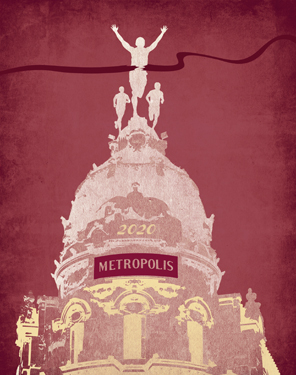 The President’s and its team’s task is now to defend in the pertinent forums the maturity of our candidacy for 2020. We need to convince all members of the IOC that Madrid citizens are looking forward to embracing the Olympic movement as it deserves. As an example we have our infrastructures which are real, we have the support with surveys confirming it. We have experience and affection. What else can we offer?

However, we need to bear in mind that we depend on the voting on September the 7th. That is the day but not the finish line. If things go as we expect and as our project deserves, from that day on we will live a seven years sprint to welcome the magical 2020 with a vibrating city ready to enjoy and make visitors enjoy all the sports, social, economic and the Marca España victories that will come with the Olympic movement and the Games. It will be a crucial decision for Spain concerning the current situation we all know, but always based on clear ideas of what the Olympic hospitality means. Madrid is a clear key for success. I hope that is the way the hundred members of the IOC see it and understand it and that its President will appoint our city as the chosen one. We cannot defeat athletes, the Olympism or the world. We are ready, steady… go!

I love to defend this project; I am a son of this city. But I am not doing it because of that. I am completely convinced by the candidacy. I have talked to our President and I have feel the hope, the hard work… and I see a solid, structured and mature candidacy

I guess this is also what Istanbul and Tokyo, which were also preselected last year and which are recruiting wishes in the five continents. But now is the time for Madrid’s candidacy. As the family of sports likes to say, we need to talk in the field, in the ground, in the pitch… and there, there is not another reality beyond what you can see, feel, touch… Madrid’s candidacy is the most realistic, simple and complete. A candidacy according to the current world. In this momentum of the sport we need to achieve that fourth dimension. The sports values, example, effort, the healthy fight, winning, loosing… the education, help, emotions… the society, Madrid, Spain… We need it. We deserve it. It is a light at the end of the tunnel and it could even be a solution. We do not think this is the main argument to be chosen as the hosting city; but we believe it is another aspect to be taken into account by the IOC members when voting and awarding one of the candidates and eliminating the other two.

And as sportspeople, if it does not go the way we expect to, we will continue looking for the Olympic medal for Madrid. We have long followed this dream, and now is the time for our dream to come true

I would not like to be in their shoes. It is almost a state decision. That is why I believe this time the key for the election is beyond a brilliant exhibition or the presence of one or another president, personality or medalist in Buenos Aires. We need a conscious analysis of the best candidate for the current circumstances taking into account the tools, resources, acceptation and credibility. And, according to all these aspects put our trust and the responsibility into a city, a country, a society, a population. And that city should be Madrid. I love to defend this project; I am a son of this city. But I am not doing it because of that. I am completely convinced by the candidacy. I have talked to our president and I have felt the hope, the hard work… and I see a solid, structured and mature candidacy.

As a journalist working for Marca I lived those words said by Juan Antonio Samaranch: “…à la ville de Barcelona”. Some years after that, and from the same editorial office, I lived the disappointment in 2012 when we seemed to touch the Games. This time I hope to hear Jacques Rogge as spokesman of the “great Olympic Senate” saying: “Madrid 2020”. And as sportspeople, if it does not go the way we expect to, we will continue looking for the Olympic medal for Madrid. We have long followed this dream, and now is the time for our dream to come true. 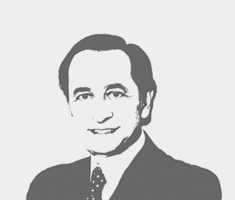