Madrid, a city that made me fall in love

IDEASUNO MagazineMadrid, a city that made me fall in love

When writing about Madrid’s candidacy for the Olympic Games 2020 the first thing I want to say is that they have my vote; without no doubts. I am in love with the country from which I “stole” the woman of my life, Esther Núñez who is also a swimmer like me. And I have a long story lived in Spain. In fact, I am writing this article in a break of my training in Sierra Nevada, from a fantastic training center located in the south of the country.

The first time I landed in Madrid I was 20 years old and I was amazed by the city that welcomed me with warmth and generosity and that made me feel as if I had never left Buenos Aires. In fact, I had already been warned about the city and I hoped all the prejudices would come true. And so it happened: I discovered an incredible city living a time of complete prosperity. Its citizens enjoyed it and invited visitors to take part of it.

I hope that after South America, Madrid has the best chances since it offers a great project

I know the story of the previous candidacies and the disappointment Madrid felt every time a different city was chosen (beyond the political aspects which are understood, and although all people who love Spain, like me, find hard to accept it). There is no doubt the IOC is very serious when choosing the hosting city for the most important sports event held every four years; but that does not mean that, as well as millions of Spanish people, I did not felt frustrated when Madrid was not chosen as hosting city for the 2016 Games. It is understandable that Europe was not chosen twice in a row and that is why I hope that after South America, Madrid has the best chances since it offers a great project which was already ready for the previous candidacies and improved for the new one.

Although the economic situation of the whole continent was very different when Rio de Janeiro was chosen as the Olympic City for 2016, sports always give a second chance. And although choosing the hosting cities in advance has its good aspects, it can also be dangerous since the conditions of the cities and the countries change very quickly. 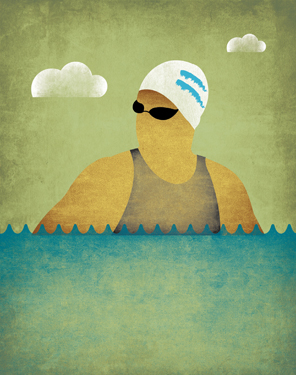 I usually receive information about the project of the 2020 candidacy and I can say that the capitalization of the development of all the venues is very well planned. The fear when facing such a big project is understandable, but I also understand that all the measures needed are being taken so the city can welcome the world in the middle of 2020 (which is exactly what happens in the Olympic venues).

As well as I admitted that it was unlikely that Europe hosted two Olympic Games in a row (since I understand that the one of the missions of the IOC is to widen its frame and for that reason Madrid could not be hosting city after London), I am also aware about the fact that the Operación Puerto (Spanish Police operation against the doping network) could be a new weak link for the candidacy which will be chosen in September in Buenos Aires, the city where I was born. We all know that fighting against doping is one of the central issues for the Committee so the last steps of this investigation could be counter-productive.

But at the same time, choosing the capital of a country which has constantly shown its commitment against doping in sports would be a perfect option. I think it would be the best way to turn a weakness into a source of strength and I am sure those in charge of the candidacy will know how to reinforce this message.

I have just turned 32 and I had the opportunity to compete in Beijing 2008, I was almost able to compete in London 2012 and I imagine the next editions of the Olympic Games from a different point of view. My professional carrier is ending. At least, the Olympic dimension of it since now I am 100% focused on longer distances. But that does not stop me from imagining how Madrid will be dressed to celebrate if it is finally given the opportunity to be the hosting city for the Olympic Games 2020.

I see the Barajas airport dressed for the event, I imagine the accesses to the city all decorated and full with Olympic rings and I cannot help but feeling goose bumps

Now I even allow myself to dream awake. I see the Barajas airport dressed for the event, I imagine the accesses to the city all decorated and full with Olympic rings and I cannot help but feeling goose bumps. But beyond our dreams, I know they are doing a great job and a big effort and the fight will not be easy.

Wherever I will be, in September I will be crossing my fingers for Madrid to be chosen. I hope that the magic city of Buenos Aires, with the special link between the two cities, will help Madrid to be appointed as the Olympic city for 2020. Buenos Aires, good winds, good signs and a shared dream. 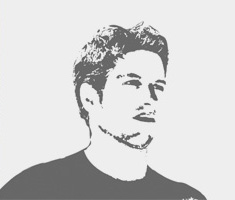 Damián Blaum
Argentinian olympic swimmer
He is a 32 year-old olympic open water swimmer from Argentina. He first competed when he was 17 years old in the Argentinian tournament of Open Water and obtained the third place. After that first competition he qualified for the Olympic Games in Beijing 2008, he has stepped onto the podiums in most international competitions and in 2012 he became the world’s number one of the FINA ranking, apart from achieving the world’s silver medalist for the fourth time. Between 2003 and 2010 he worked under the technical guidance of Nestor Pilu and since 2011 his coach is Fred Vergnoux. He is currently training in Sierra Nevada as part of his preparation for the qualification for the Olympic Games in 2016. @DamianBlaum