Just three decades ago, the organization of the Olympic Games by a city had a reputation of international recognition and was seen as a great present and future opportunity. Nowadays things are different. There are well-structured organizations which defend the idea of “Bread not Circuses” and some new platforms such as IOCC (Olympics on Community Coalition) which have emerged with the aim to guarantee that the environmental rights are being respected in the hosting cities and in other areas such as transportation, housing, economy and social aspects of the Games. All candidacies for the Olympic Games have to undergo the thorough examination of those who think the organization of this sports event is a completely economic nonsense.

We have powerful reasons to believe that in some cases, like in Madrid’s one, the 2020 Games will mean a completely economic and social stimulus

According to those abovementioned, money is badly administrated and that makes budgets rocket. The games create an atmosphere of general hysteria regarding security with intimidating police deployments since terrorism seems to be keen on Olympic scenarios; the high cost infrastructures used during the games are later abandoned to an spectral ageing and as another negative aspect, the political authorities have no role regarding the organization of the Games since they are in the hands of sponsors, the sports industry, TV (which gives to the event the global dimension), and even depend on the architects’ creativity who, beyond functionality, want their names in the hall of fame.

Olympism has tried to compensate all these objections by clearly betting on the environment, making sure all sports and hotels infrastructures will have a future after the Games, searching secure and controlled cities, and especially evaluating the level of social and institutional adhesion of the candidacies before making a decision. All these aspects are now intensified due to the long-lasting and deep recession of the western countries –especially in Europe– which does not allow big budgetary performances. The crisis has also reduced the citizens’ excitement which was traditionally the engine of the collective aspiration to become an Olympic city. There is a general perception that public budget should be mainly and even exclusively used to immediate policies to repair the deep social damage of the crisis –vulnerability of wide sectors of the society, unemployment and lack of public financing of basic public services–; which makes Olympic candidacies look in some cases as a frivolity. 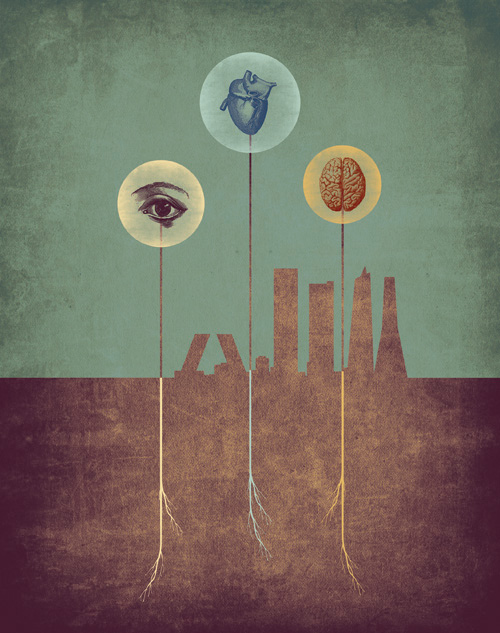 All together creates a relatively hostile –or not very attracting– reality for an Olympic candidacy. Nevertheless, we have powerful reasons to believe that in some cases, like in Madrid’s one, the assignation of the city as an Olympic hostess for the 2020 Games will mean a completely economic and social stimulus. From a social point of view it will be good not only because of the volunteering demand for the event but also for the constant employment offer during the second stage of the program which lasts seven years (construction of infrastructures). According to the auditing firm Deloitte, during the 2012 Olympic Games in London 200,000 jobs were created; in Beijing 2008 the numbers were even higher: 600,000 jobs. We have a further powerful example: between 1986 and 1992 the unemployment rate in Barcelona dropped from 18.4% to 9.6% (in the city and the outskirts) while in the rest of Spain during the same period it increased from 10.9% to 15.5%. According to the numbers provided by the Madrid authorities and the Spanish Olympism (which are not supposed to be exaggerated), during the seven previous years to the Olympic Games around 320,000 jobs will be created.

We must all agree that this argument seems convincing since employment, construction, and equipment are currently weak sectors. To this information we must add the fact –which can be proved– that most of the sports infrastructures are already built and together with the construction of some other new infrastructures the old ones will only need to be improved for a perfect functioning. The hotel infrastructure in Madrid and in the cities near the capital is one of the most solids in Europe. The city –in collaboration with the autonomous and central administration– has a reasonable budget of €2 billion. And what gives to all this information a common sense in Madrid’s candidacy is that the capital needs three incentives which can only come from hosting the Olympic Games.

Most Olympic cities have created Jobs during the seven years between its designation and the Games: London 200,000 and Beijing 600,000

The first challenge or incentive is to turn the city into a “green” city. Since 1994 the third pillar of the Olympism is the environment. Madrid is an ochre and dry city with little free space. The second incentive concerns the boost the city needs as a tourist destination. Beyond its most famous museums –Prado, Thyssen and Reina Sofía– Madrid has enough historical and artistic heritages, cultural expressions (theatre, opera, dancing and music) with an offer at the level of any European capital but badly advertised. The third aspect Madrid needs is internationalization, similar to the one achieved in Barcelona.

The Olympic Games give the cities a place in the map, create an aspiration of really feeling the city which was virtually conceived; and turn it into a living city with eyes, a heart and a brain –a city which is scrutinized by almost half of the population in the Earth–. Madrid has some handicaps which can only be overcome with a pole vault. These handicaps are related to the bureaucratic administration of the State: Madrid is in the center of Spain which does not provide the city with the magic of the sea and the gold mine of the Spanish tourism –our country is a power country when offering sun and sea but there are not city offers that can compete at the same level–.

Madrid faces three challenges: the environmental, becoming a better tourist destination and its internationalization. Hosting the Olympic Games could make the city achieve the three of them

There is one serious and categorical objection: Madrid has a fiscal deficit of more than €7 billion. But, we need to approach this figure and its financing from a temporal perspective different from the current one: in the coming 7 years, the path of the crisis will be towards recovery. It will probably be a slow process but it will happen. If Madrid achieves to follow this path of social and economic recovery through this event with a specific timeframe, the Spanish capital would achieve the Olympic citius (faster), altius (higher), fortius (stronger) it needs. We need to overcome skepticism and specially pessimism. It is possible that in September, Madrid will become Olympic city for 2020. If this happened, the opportunity would be extraordinary; if it does not happen we will go back to the words of the wise Baron Pierre de Coubertin who said “the important thing is taking part”.