The games or the absence of a giant

IDEASUNO MagazineThe games or the absence of a giant

Three great cities, Madrid, Istanbul –the old Constantinople– and Tokyo compose the group of candidates to host the Olympic Games in the summer of 2020. All of them represent past imperialist ambitions and all of them have an excuse or a reproach to be chosen, or not, as the city the president of the International Olympic Committee Jacques Rogge will appoint in September the 7th. None can deny that the strength of Madrid, the multicultural aspect of Istanbul or the safety of Tokyo are more than enough reasons for these cities to be chosen. That is why a year ago the IOC made a pre-election in order to let the forum –which performs every two years between summer and winter– freely choose the hosting city without any later regret.

There is not a common evaluating system in the forum. The IOC is composed by a hundred people and their intentions are difficult to guess for any of the agents hunting for votes. Not even the great Napoleon of Austerlitz or any other great strategist of History could assure their victory when facing a group (the IOC) which has a privileged position due to the importance of sports, its economic relevance and its use as a social tool. Being a member of the IOC is nowadays a formidable responsibility. It means being part of a kind of socioeconomic UN but without the veto threat. What they have in their hands is not the Olympism created by Pierre de Coubertin 125 years ago. It is the future of a nation.

The GDP of more than half of the world countries it is lower than 50,000 billion dollars, the budget Sochi has to expend in the winter Olympic Games in 2014

That is what we saw four years ago in Copenhagen. In the fairground located in the outskirts of the “bicycles city” the Olympism achieved an extraordinary and also dangerous peak. It gathered in the same room President Barack Obama, Lula, Yukio Hatoyama and Jose Luis Rodríguez Zapatero representing the governments of four of the ten most powerful countries of the world in that moment. But this time they were not the protagonists. That day in October of 2009 their role was just a secondary one, their constitutions were not valid but the importance of the event turned the occasion in a state issue. Beijing invested 43,000 billion of dollars in the Games, London 13,900, Sochi 50,000 for the following year and running out of time… Half of the countries in the world, with Uruguay holding position 90º to the bottom, do not even have that annual GDP.

Madrid, the capital of Spain, a country with a very important role in sports first with its most brilliant visionary Juan Antonio Samaranch and then with its XXI Century sport stars, is determined to succeed.

It is the third time the city presents its candidacy, and persistence is a well valued quality in the competition. In previous participations we had tailwind and the impression that it was more a personal challenge of the former mayor Alberto Ruiz-Gallardón than a real will to host this great social movement as it is now.

Regarding the current situation where the world agrees with Groucho Marx and there is a general feeling of giving up due to the dimensions of reality, maybe the best option is to choose austerity. Maybe the IOC message sounds distorted since last times the projects chosen were big proposals created by a software program with budgets and deadlines impossible to meet. All members in the Château de Vidy in Lausanne need to create a scenario where countries with a solid organization can fulfill their aspirations.

Olympism suffered a significant collapse by the end of the 80s. In that time there was a non-written alternation between the two big continents promoting the sports machines (composed by the most powerful countries in Europe and North America), which caused a peculiar situation in 1984. Only one country had the opportunity to be hosting city: Los Angeles did not need to be evaluated in order to become Olympic city. We are facing now the same threat regarding budgetary aspects: dealing with figures over 10,000 billion dollars means offering the opportunity to organize the Games to a reduce group of countries.

Four years ago in Copenhagen, the Olympism achieved an extraordinary and also dangerous peak: Obama, Lula, Hatoyama and Zapatero together in the same room. And they were not the protagonists

The Smart concept proposed by Madrid seems to be the perfect answer for a movement whose best contribution to humanity is the bridges built between cultures and people. Is there any better or more altruistic direct legacy to a population lacking on hope, with almost 6 million of unemployed people and 57% of youth unemployment like the Spanish society? Although, in the other hand: has a middle-high class country the right to globally use a problem, probably the worse one, as an argument to achieve its goals? 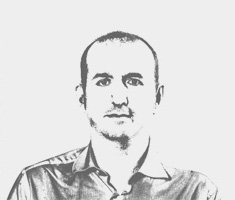 Gerardo Riquelme
Editor-in-chief of the sports newspaper Marca
He is editor-in-chief of the sports newspaper Marca. In 1992 he was graduated in Journalism by the Complutense University of Madrid. He has developed his career in the Spanish leader sports newspaper for which he has covered the Olympic Games in Atlanta 96, in Sydney 00, Athens 04, Beijing 08 and London 12; as well as the sessions where the IOC decided the hostess of the Olympic Games for 2012 and 2016 in Singapore and Copenhagen, respectively.@gerardtribune