The irresistible effect of the Olympic rings

Madrid, Tokyo and Istanbul compete to get the prestige of being chosen as the hosting city for the Olympic Games 2020.

Madrid and Tokyo are connected by an imaginary line of 11,000 kilometers through Istanbul. The three cities represent very different cultures with a decisive role in the historic and social development of humanity. But now they all share the same ambition: hosting the Olympic Games in 2020. Each city offers something special in this “fight” which inevitably has a considerable emotional baggage. The appointment of the hosting city has an importance beyond the simple election of the city. It is an issue at the level of high politics, big economic expectations, patriotic pride and everything related to the moments that measure a country’s standing.

There are few cities which understand better than Madrid what the Olympic dream is. In this case, the dream which has never come true. This dream has turn into an event beyond its sports aspect which represents now one of the most important political, commercial and media signal of our current days. It was not always so. At the end of the 70s, the Olympic movement went through a period of confusion and lack of solutions for the main problems in that time: the Cold War and its block-to-block confrontation, the apartheid in South Africa, and the persistent and cynical defense of the nominal amateurism which was constantly violated.

José Antonio Samaranch (Spanish) was in charge of turning the crumbling period of the IOC with all its mistakes included into a new project which understood the nature of the contemporary sport: professionalism, spectacle, inclusion, global scale, business and social significance. It is true that some of the basic aspects of the Olympism created by the Baron de Coubertin were forgotten. But, the historical path explains the pragmatism of this organization which in the 30s had few to do with its funding episode in 1986 with the Athens Olympic Games.

What can be called as the Samaranch period covers the past 30 years if we take the unexpected success of Los Angeles 84 as the beginning of a new understanding of the Olympic Games. Some historical events of great importance were happening as this new period started: the participation of China in the Olympic Games in 1984, the fall of the communist sports hall with the disaffection of Romania, who also took part in the Games, the collapse of the Soviet block by the end of the 80s and the influence of modern technologies in the creation of a global world.

The world has deeply changed in the last eight years. We face a new scenario which changes the way we think about the Olympic Games

The Olympic Games have had a main role in this new scenario sometimes surrounded by uncertainty. The last editions have clearly reflected our current world: the end of the apartheid in South Africa, the fragmentation of the Balkans area, the reorganization of the former Soviet space, the emergence of China as a great world power or the political and economic role of the emergent countries. Since 1988, almost all editions of the Olympic Games have been closed to these events of great importance in our history, a way to understand the special instinct of the IOC.

Since its creation in the XIX Century, the Olympism has always been full of ambition. Now that we can describe this period of the history as the highest expression of globalization, it is interesting to look back at the original idea expressed by de Coubertin: a world movement based on values such as physical education, pacifism, respect for the rules of ethics… etc. Living in a period in which the first inventions towards a new technological era appeared –trains, cars, telephones, radio…–, Baron de Coubertin understood the nature of its time which was everyday closer to a planetary vision. In this sense, the IOC was able to build a global network before the world could even dream with globalization. Maybe that is the reason why this organization has always known how to adapt to the characteristics of the different times… great part of the job was already done. 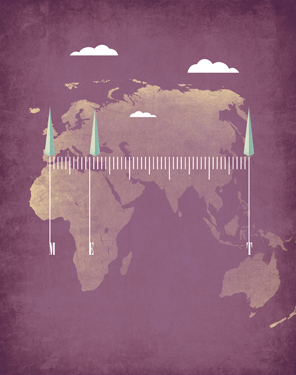 In this new reality, the Olympic Games have an important role as a hallmark of our time. The assignation of the hosting city in Singapore 2005 was shocking. Four out of the five cities competing were the most important cities of the victorious powers of the II World War: New York, Moscow London and Paris. The fifth candidate was Madrid. The cast was astonishing due to its meaning in terms of political ambition and because of the symbolic role of the Olympic Games which have turned into a fantastic diffuser of power and standing. The importance of the Olympic Games in our political, media, sports and economic society was perfectly reflected that afternoon in Singapore when London was chosen as the hosting city for the 2012 Olympic Games.

Madrid has stubbornly gone after the organization of the Olympic Games. This is the third time in a row the city presents its candidacy for the Games and the election will be next September 7th in Buenos Aires. The circumstances are now different from the election in Singapore where Madrid was defeated by London in the final vote. The world has deeply changed in the last eight years. Along these years we have suffered the biggest financial crisis since the 1929 crash. Circumstances are now so different that the IOC cannot be apart from the negative effects of the crisis.

This new scenario obliges to plan the Olympic Games in a different way. Gone are the happy days of the housing and finance bubble in most parts of the world. We are now facing a different reality.

There is no doubt the three projects offer great qualities. Madrid offers a modern capital with great infrastructures in a country experiencing a formidable sports momentum. It also has the highest support of its population –81% of the citizens– and 80% of the facilities are already built. Is a candidacy without disputes backed by a city which has always shown its will to take part of the Olympic adventure; a modern city which offers an ambitious but realistic program. The program needed for a period where efficiency and pragmatism are essential. 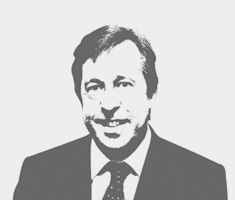