We all know that hosting the Olympic and Paralympic Games in your own city is something really important not only because of the sport itself but also for its importance in all aspects such as the economic and social ones as well as the motivation of all the citizens. There is not any other event such as the Olympic Games, and Madrid has been fighting to host this event for the past 12 years.

Sometimes a city is ready to host the Olympic Games and other times it is not. But what really matters is to keep on working to be ready, and that is what we are doing from this Candidacy.

Some can say that we have failed in previous opportunities, but we do not see it that way. With all those attempts the city has succeed. The city has now infrastructures that did not have before and are now part of its legacy; and we have won, learnt and improved along this path. Now we have a compact, realistic and responsible project and a supporting country and institutions without fissures.

One of the main questions we have been asked in the previous days before the election of the hosting city for the Olympic and Paralympic Games 2020 is: Why Madrid? And for us, the answer is clearer than ever: because we are ready, we are reliable and we are responsible.

We are responsible with our city, our country, our athletes, our sport and the Olympic movement. We are responsible because our budget for the 2020 Games is realistic concerning the current crisis and it aims to have a real benefit for the city from the investments in the long term.

One of the main questions we have been asked in the previous days before the election of the hosting city for the Olympic and Paralympic Games 2020 is: Why Madrid? And for us, the answer is clearer than ever: because we are ready, we are reliable and we are responsible

The total of the investment planned to organize the Games in Madrid is lower than the one in Beijing 2008, London 2012 and Rio 2016 and our project takes into account “white elephants” which means that we will not build any infrastructure without guaranteeing its future use. We do have incredible infrastructures such as Las Ventas or Retiro Park which are hallmarks of the city and which will be transformed in order to be part of the Olympic adventure of the city. 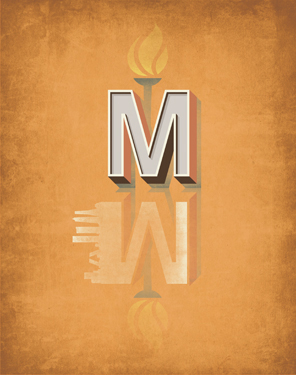 The budgets for Madrid 2020 are solid and conservative and are based on strong public and private agreements. The candidacy of Madrid has made a big effort to create a realistic budget which implies a responsible investment.

Moreover, 80% of the infrastructures are already built, which means that it will not be necessary to make great investments and then again the Spanish administrations are well prepared to face their commitments regarding the agreed investments.

Madrid is clearly offering a solid, realistic and with a high technical quality project for the 2020 candidacy and has also another important aspect: the organizing experience of our city and our country. Over the last ten years Spain has hosted 77 world championships and 85 European tournaments. Our stadiums and courts have witnessed Handball World Championships, finals of the Champions League, international tennis tournaments and a thousand sports events where not only our athletes have shined but also our volunteers and technicians who have made all these tournaments possible.

We have also a great transportation network which will allow all visitors to comfortably move in the city.

It is “vox-populi” that Madrid is a welcoming, comfortable, safe and cosmopolitan city which welcomes with open arms athletes and visitors. Madrid has a wide and incomparable cultural and leisure offer and it is a city where millions of people live sports with passion no matter if they practice sports themselves or not and aim to experience in their own skin the Olympic Games in our country.

Madrid’s candidacy is not a candidacy full of promises: we have already fulfilled all our promises; it is not a candidacy of dreams because our dreams have already come true. We only need to keep on working to hear the six letters composing the name of our city from Jacques Rogge’s voice next September 7th: M-A-D-R-I-D. And then, we will continue working for sports and athletes. 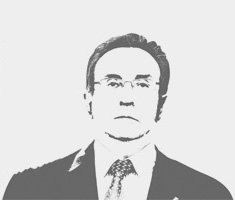