Aging, the great challenge of the XXI Century society

IDEASUNO MagazineAging, the great challenge of the XXI Century society

The Welfare State seems to have become the most precious asset of our society. But, the guarantee of a good health and social system looking for an improvement on life’s quality should be built in solid collaboration between the private and the public sector. If the basement is not solid, especially during the periods of crisis, the whole system shakes and Europe cannot allow itself destroying one of the highest valued assets by all citizens: the Welfare State.

Beyond the temporary factors which could risk some of the rights associated to the implementation of the Welfare State, we should take into account a structural factor which is clearly final: the progressive reversal of the population age pyramid, which holds an increasing older population. I would even say that the demographic change is currently a worse problem than the climate change since it represents an unchangeable scenario but has no vacancy on world speeches and political agendas. Society needs to be able to offer good solutions for the ageing of its old citizens who are older and more demanding.

Ageing is currently a worse problem than the climate change

In 2010 there were in Spain 2.1 million people over 80 years old. In 2020 this number will be three times higher. There is no doubt this progressive ageing of the society is the great challenge of the XXI Century. Ageing should not be seen as a disease but as a period with specific and growing needs which should be already expected in plans and social, economic and health policies of governments. From a medical and pharmaceutical point of view there has been a big progress. As the renowned cardiologist Valentín Fuster, director of Centro Nacional de Investigaciones Cardiovasculares says, “when facing the unchangeable end, we need to try to delay the period of decline as much as possible and make it last the minimum”. The rise in life expectancy represents a new paradigm. Scientific progress has turned mortal diseases into chronic ones, and this improvement can be seen in the change of the society needs.

In this point it is understandable that the social debate about the viability of the public health and the role of private services has great relevance. It is a debate based on budgets and the birth and death rates instead of being understood as the need to concentrate efforts in taking care of people.

Social and health services must be sustainable. They should use efficiency criteria. Trying to develop a net of services based on an exclusively public provision is completely unsustainable due to the lack of resources. In Spain, the sustainability of the social and health system depends on the creation of a stable, transparent and sustainable framework based on the public and private collaboration and with a defined accreditation system and clear standards according to each person’s necessities.

People need the guarantee that, when they will need it, they will receive a quality health and social care. In order to achieve it, we need to ration expenditure and find new creative ways with new approaches. Observation, expertise and the capacity to anticipate of the sector are the tools which will enable finding innovative solutions. In my opinion, we need to find and promote measures of home care, more viable in economic terms and which will enable people to stay at home longer according to their preferences. 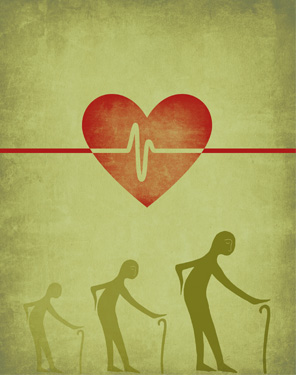 Nineteen millions of Spanish people suffer from chronical diseases, that means, long duration pathologies with a slow progression. This kind of diseases affects 4 out of 10 inhabitants in Spain and that also means health expenditure. Nowadays, chronic diseases represent 75% of the total health expenditure and they represent the health problem which demands more health assistance in our country. However, the answer given by the traditional health system does not offer a good answer to the needs of ill people who need constant and coordinated monitoring and not one-time attention.

Apart from being inadequate for the patient’s health, offering an emergency attention instead of a service of monitoring and prevention causes the collapse of health services, leaves a small area for emergency patients and increases the health expenditure.

This rationing of the expenditure and the optimum distribution of the limited resources is only possible in a clear and real framework of public and private collaboration. In this sense, the administration is in charge of defining and planning the services they need to offer and limit and examine such services. The private sector must be in charge of giving efficiency to the market and making the system sustainable.

In short, in order to change the concept of Welfare State we need to understand the social changes which have increased citizens’ life expectancy. We also need to understand that we aim to get to the old age in good conditions and take the control of our future (as much as we can). Ageing should be out of institutions and should have the decisive role it will have in our societies instead of continue being seen as an encumbrance. 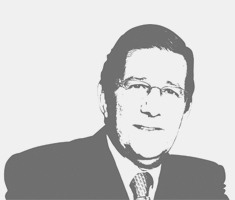 Jorge Guarner
CEO - General Director of SARquavitae
He was graduated in Industrial Engineering at the Polytechnic University of Barcelona and MBA in IESE. He is CEO and General Director of SARquavitae. He is President of Asociación de Empresas de Servicios para la Dependencia (AESTE) and is member of the Advisory Committee of the Ministry of Health, Social Policies and Equality for the Dependency Law as well as a member of the Directive’s Board of the CEOE.