Beyond economic growth: the people

In Latin America, several economists show us a promising future with great numbers and a stunning economic growth. Emergent countries in Latin America and in the Caribbean are the ones holding the best positions regarding growth in this promising future. Nevertheless, this optimistic view from important economists could hide some confusion and we must be aware of it in order to avoid being distracted by siren calls.

When economists talk about the growth of the GDP or the increase on incomes or employment, it does not necessarily mean an economic growth since that involves other aspects such as economic stability, the dynamic among different sectors or the institutional government framework of our countries. We need to bear in mind that growth does not always mean economic development. In fact, emergent countries risk achieving high levels of economic growth and joining the world productive systems but still having very poor health and education systems as well as big inequalities with broad parts of the population experiencing poverty.

There are differences between growth and economic growth. But the most interesting thing to promote the “new citizens” who this number of UNO supports is the human development.

This is not something new. Over the past decade several Nobel prices such as Amartya Sen or Joseph Stiglitz have reminded that the development of a country is not reflected on the analysis from economic data but from the real opportunities for citizens to achieve the lives they want to live. Thus, to incomes and employment we need to add education opportunities, medical care, coverage of basic needs such as water, food, housing, sanitation etc. or aspects such as political and civil liberties.

There are differences between growth and economic growth. But the most interesting thing to promote the “new citizens” is the human development

THE ROLE OF COMPANIES ON HUMAN DEVELOPMENT

Taking into account this context, what is the role of companies on human development? In many of the emergent countries in Latin America, states are weak, there is institutional deficit and the limit between the state and the market is not clear since the markets have become providers of basic services which were previously managed by the State.

To sum up, companies in Latin America and in the Caribbean need to overcome the division between the political and public aspects and the economic and private ones. Companies have the role of “corporative citizenship”. Apart from looking for strategic cooperation which will bring economic and social benefits, they also have an active role looking to improve the quality of life.
HUMAN DEVELOPMENT IN LATIN AMERICA AND ITS EMERGENT NATIONS

The UN through the UNDP elaborates the Human Development Report which is nowadays the benchmark in this area. Its last report titled “The rise of the South: Human Progress in a Diverse World” highlights how this situation of development in the South has no precedents. According to indicators which show economic, demographic and political transformations, countries in the South such as China, India or Brazil hold the first positions. Experts say that this is the first time ever the living conditions and future perspectives of many people have changed so deeply.

In our region and according to the abovementioned report, one out of ten people belonging to the increasing middle class will live in Latin America or the Caribbean in the coming years. Since 2000 this region has developed over the rest of the world regarding education, incomes and health. Levels in Latin America are above the world’s average on human development (0.741 out of 0.694 on a scale from 0 to 1).

Since 2000 this region has developed over the rest of the world regarding education, incomes and health

As the report reminds us, we cannot forget that “few countries have managed to maintain a fast growth without big public investments not only regarding infrastructures but also health and education”.

Even though the region has had a great development over the last decade, there is still a lot to do. The only way to achieve a society with better levels of economic and human development in Latin America and in the Caribbean is through a higher implication of public and private institutions, a more active role of companies and the commitment of all of them. 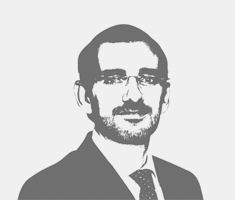 Carlos Martí
Academic Director at Barna Business School
He is a Professor and Academic Director at Barna Business School (Dominican Republic). He previously worked as a researcher in different departments during nine years, he held different chairs in the IESE Business School and worked as an Associate-Professor at the University of Navarra. He has a doctorate in Information Sciences at the Complutense University of Madrid; he holds a Master by the Clark University and was graduated in Journalism at the University of Navarra. As an advisor Mr. Martí has worked with HR consultancies as for example Madrid Consulting Group and was Founding Partner of Digital Operators Group.