After the crisis in 2001, Argentina experienced a decade of economic growth with numbers close to 8% annual. However, this situation did not affect all Argentinians in the same way and there is still a very unequal social structure: regarding incomes, the differences between the richest 10% and the poorest 10% is now 22 to 1.

In the last years the State has created social policies with a wider orientation such as the Universal Assignation per Child. Basic infrastructures also improved. There are no doubts poor people live now better than in the 90s although they suffer similar difficulties. Education is not the way to achieve a social improvement or to get a job yet. Thus, one of the challenges for the State is to find mechanisms to help getting a job.

The first challenge is to solve the structural poverty and provide all citizens with basic services in their houses. In order to achieve it, strong investment policies on infrastructures with permanent resources for social areas and creating policies focused on big cities are needed. If we took into account the sustained economic growth and the State resources, eliminating pockets of poverty which are close to 22%, does not seem a tough task.

Hospitals are being used for primary and secondary care, and that overloads and collapses them

The second challenge is focused on territorial distribution. There are two different types of imbalance. The first one is linked to the number of citizens living in a small territory: that means the metropolitan area, which represents 1% of the national territory and in which 1/3 of the population lives. This is translated into a big economic problem to achieve growth and also to generate social policies. The second type has to do with setting objectives for each region: populate the Patagonia, create a special fund to help the North, help strategic productive activities and balance the relationship between Buenos Aires and the rest of the country.

The third important aspect is to establish a strategic plan of development to decide whether it will be an agro-industrial country; more industrial or a country of services. It is clear that we need to establish what will be the role of mining, soya, natural resources, supply chains and other activities which need to be immediately defined. This definition will go together with a financing plan and with an education project which will link those activities to the supply chains that create employment for those areas with fewer opportunities to join the labor market.

The fourth challenge determines the need to reduce informal jobs (which represent nowadays 32%) by a state’s regulation and the expansion of credit for self-employment and social economy. among other measures. Fix social differences will be difficult if we continue with a two-tier labor market (formal and informal).

Contents studied in secondary education and the quality of education also need a special attention. It represents the fifth social challenge facing the end of the decade. The new challenges are to invest more than 6% of the GDP in education, give notebooks to students and increase the number of students in secondary education thanks to the Universal Assignation per Child. More secondary schools and investment as well as balancing the contents, technology and infrastructures between the private and public school are needed. It usually happens that students in a private school study different things from those studying in a public one. Differences are even greater in secondary education.

The sixth challenge concerns the restructuration of the health system. Primary care is struggling since, even though it has improved regarding infrastructures, citizens use the whole net of hospitals for primary and secondary care. This means that anyone would go to the hospital in the event of having an eventuality rather than going to the neighborhood’s health center. This overloads and collapses hospitals.

The last and seventh challenge concerns the improvement on living conditions in minorities such as: aboriginal communities, handicapped people, gender-based violence and human trafficking. That means that together with the universal programs we should also set specific actions for those groups whose rights are not being respected.

Argentina is a country with lots of possibilities, thirty years of democracy, a huge land and important natural resources. Despite the current ups and downs, the international context seems to offer a new opportunity that we need to profit. 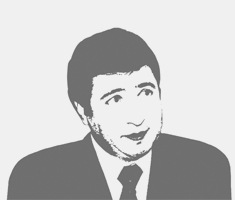 Daniel Arroyo
Former Deputy Minister of Social Development of Argentina and Professor at FLACSO and UBA
Mr. Arroyo is currently the Director of Red de Prioridades Argentinas (RED PAR). He is graduated in Political Science and studied a post-graduation in Management and Control of Public Policies (FLACSO). Between 2003 and 2007 he was Deputy Minister of Social Development of the Nation and Social Development Minister of Buenos Aires. Academically speaking he is a professor at FLACSO, UBA, National University of Cuyo, Salamanca University, Bologna University and National University of Moreno. He is also a consultant for IDB. Mr. Arroyo is the author of Las Cuatro Argentinas (2012) (The Four Argentines) and Políticas Sociales: Ideas para un debate necesario (2010) (Social Policies: Ideas for a necessary debate).