After the II World War came a long period of economic growth and political stability in the Western countries which enabled an increasing presence of the State in the economy and which was translated into public expenditure and known as the Welfare State.

Regardless the socialist or liberal ideology when analyzing the Welfare State, it is clear that it is now experiencing a crisis due to a simple reason: its financing. While we were experiencing the monetary expansion –which will hardly ever happen again–, anything we dreamt about the Welfare State seemed possible. That is the only explanation for the public expenditure in Spain during the last years.

In Spain, the limits of our Welfare State are defined by our raising capacity since the past levels of debt will not be back. In fact, the shape of the future’s Welfare State will be certainly smaller than the past one since public expending –which will hardly grow–will be used to pay the public debt and only what is left will be used to finance public expenditure. –Happily–, those times of issuing inflation money are gone thanks to the Euro.

With all the information we have expressed so far, it is clear that there cannot be real rights to any “welfare state” which cannot be financed with taxes: those days when we received external loans to pay what we could not pay have simply gone.

In Spain, the limits of our Welfare State are defined by our raising capacity

Since we –belong to the Euro –and therefore there are new limits for the public expenditure: equivalent to tax revenues and a reasonable government which should optimize it together with the economic growth, there is only one aspect left to argue: for what and how.

We could use Sweden as an example. The Welfare State crisis in Sweden started before as well as its fortunate revision. In fact, the political debate in Spain about the public expenditure should be focused in two main aspects:

1. What part of the public expenditure is really linked to welfare state and what part represents consumption expending such as Public TVs and different and unnecessary agents and activities.

2. To which aspects of the social welfare should the public expenditure be destined: health, education, unemployment, pensions… and how will the private financing be used.

We are not talking here about the functioning of the administration of the public expenditure, which should clearly respond to unique criteria: optimization of the public money which according to the past experience is well more efficient from a private management.

One of the guiding principles for the assignation of public expenditure for social purposes should be its subsidiarity: the State should not defray what an individual can achieve by his own means including effort, hard-work and the aim to achieve his owns goals.

It is reasonable that the State takes care of those who do not naturally have the same and equal opportunities since the beginning and those who suffer misfortunes.

Education has a main role in managing equal opportunities and it is also important for the prosperity of the nation. Those nations with a better and higher quality education will have better possibilities of economic growth, higher tax revenues and more public expenditure on social services. 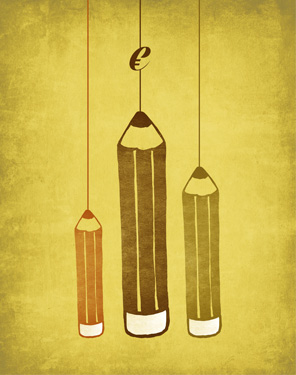 Once a certain level of economic prosperity is achieved (a level which Spain achieved a long time ago), it is moral and economically speaking possible as well as necessary that those unfortunate receive public help to deal with dignity with their limitations and diseases. Health plays here a fundamental role as well as certain aids for handicapped and dependent people.

Those who have lost their jobs and are really looking for a new one can receive public help for families as well as all kinds of aid to learn new jobs and change their residence.

Since public expenditure is (and it will be) limited by tax revenues and these depend on economic growth, the most reasonable thing to do in the long term is to optimize the expansion of the GDP which is easier to get with low taxation rates –which is logical since lower financial pressure means bigger incentives to create wealth and already happened at the end of the century in Spain–.

We usually think in our country that the level of social benefits is only related to the expenditure which would not take into account efficiency and excellence criteria of the management of resources. Reality shows exactly the opposite since countries with a better health system –like Spain–are not necessarily the ones who spend more, like the USA. We also have the case of those who spend more in education, –again like in Spain–, and which are not the ones with best results, like Korea or Finland.
Back to Sweden’s example, here it is what has happened there and how that could be extremely useful here:

• Between 1870-1950 Sweden together with Switzerland led the economic growth thanks to a low tax burden and a free economy market.

• Between 1965-1995 the Swedish GDP which represented more than 80% of the USA’s GDP, was reduced to a little more than 70% going from the first positions to the back of the list of the richest countries. The tax burden as % of the GDP went from 25 to more than 55.

• The crisis of the Welfare State came together with an increasing unemployment and a growth in public employment.

• The answer for the end of the Swedish crisis is found in the budget balance which means less public expenditure and an improvement on its economy competitiveness.

• Sweden is now a state provider of social welfare and not just a subsidizer and producer of public services like it was in the past.

• School voucher are a successful reality together with the improvement on the public and private education’s quality.

• Privatization of health services has allowed a new “industry of exportation”: business groups which take to other countries their good practices in Sweden.

• Regarding pensions, a smart combination of distribution and capitalization criteria together with incentives to postpone retirements have finished with the mortgage of the benefits of future generation in order to pay current pensions –as it is happening now in Spain–.

As a consequence of its changes, Sweden has grown again and it is creating employment while enjoying a solid and balanced macroeconomic reality.

Without further ado, we should just introduce the Swedish policies so we would immediately have external financial credibility and a better social and economic future. 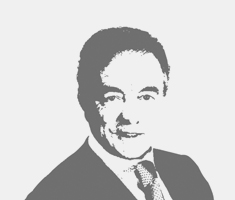 Jesús Banegas
President of CEOE Internacional
Mr. Banegas is the President of CEOE Internacional. He was previously president of AMETIC and ECTEL (European Telecommunications and Professional Electronics Industry). He is a member of the Executive Committee of DIGITALEUROPE and of the Commission of the Domestic Market of BUSINESSEUROPE. Mr. Banegas was also member of the Consejo Asesor de Telecomunicaciones y para la Sociedad de la Información (CATSI) and of the Electing Board for the Príncipe de Asturias Award for Innovation as well as a member of the Advisory Board for the Public Markets of the European Parliament. He holds a Doctorate in Economic Science, an Engineering degree and a Diploma in High Level Management.