Due to the Big Recession, the European model of the “Welfare State” born after the II World War is being questioned. Especially in reference to the universal and free access to basic services such as education, health and the pensions system –obviously, once the corresponding financial participation through the tax system has been paid–.

Meanwhile, countries of Latin America which are living a virtuous decade of economic growth, are facing now and scenario in which the middle class is growing, poverty is decreasing and policies to promote social services in the region are taking them, even though they are still far away, to that “Welfare State” which is now under threat in most parts of Europe. 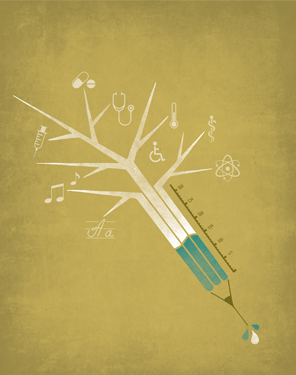 We are currently living the debate about the future of social benefits which affect basic services considered as universal rights such as –education, health and pensions–.

On the other hand, we are also experiencing a situation of uncertainty which will last during the following years. The first reason is the change on the model of Welfare State which is creating new concepts of services for the “new” citizens.

We are actually witnessing processes of privatizing some States and also a tendency to private management of the public health and a change on the model of pharmaceutical business.

For the public opinion, education is one of the priority issues. This new number of UNO tries to see if there is really a lack on pedagogy about public and private education.

Moreover, health tourism is an increasing business and it is creating great opportunities. One last fact is the ageing of the population which will create new challenges and implications for governments which will have to find new ways to manage and distribute national resources.

We are currently living the debate about the future of social benefits which affect basic services considered as universal rights such as education, health and pensions

Thus, this magazine analyses the change on this paradigm which affects the current model of education and health and which is developed in two parallel stages: the European stage and the Latin American one.

I hope you may enjoy it.