Some Constitutions, and especially the Spanish one, were far too exaggerated when giving material rights to citizens, which were shortly lost with the declamatory tone of the populist rhetoric. –Far from being sarcastic, even though it seems so–, The Spanish Constitution declares the right to work (Article 35) even we have now 27% of unemployment; it also declares the right to enjoy decent and adequate housing (Article 47) and now we are witnessing more evictions than ever; the right of policies to protect mentally handicapped and old people (Articles 49 and 50) who shall be given economic support (help which has suffered deep cuts due to the economic crisis…) and a dozen more rights which represent an unavoidable budgetary charge.

It is not surprising that those States which such generous Constitutions concerning rights feel frustrated and have the weird feeling that the Welfare State, even the State itself, has failed when providing basic, formal and sacred commitments. It is true that in most cases it has been forced by the brutal recession and in other cases because of reprehensible public and expensive policies. But reality is that on the one hand, the Sate which was born after the II World War and developed in social democracy and the Cristian democracy spread more than expected and, on the other hand, public resources are so undermined that great cuts on essential benefits such as education, health and social services are needed.

It is not surprising that those States which such generous Constitutions concerning rights feel frustrated and have the weird feeling that the Welfare State, even the State itself, has failed when providing basic, formal and sacred commitments 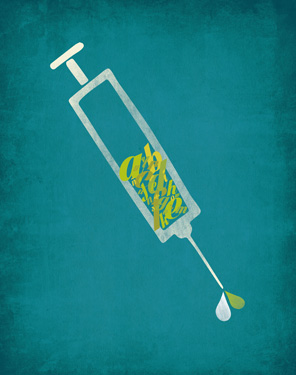 The relationship between the concepts of Welfare State and health and public education –at some point social services as well–, has a historic nature. We could even call it an ontological nature. There was State as far as taxes covered public centers, health expenses and as far as our children and teenagers were educated by a public education system. This historic nature started to struggle when these public services were not financed with taxes and citizens have started to co-finance them through several procedures. One way is the so-called co-payment through taxes and restrictions on health and education benefits (an example is the pharmaceutical copayment). Regarding education, there have been cuts on food aid, books, scholarships, and an increase on rates of enrolment in University. That means that the citizens’ contributions to the State are not only paid through taxes but also through copayment and co-financing.

There are two lobby groups in Spain called “marea blanca” (against cuts in the health system) and the “marea verde” –against cuts in public education–who try to avoid a partly State privatization –with some ideological nuances–. In other words, they try to avoid that the State gives to private entities the management of public health and try to create private and state-financed centers which will make our societies more dual.

Differences between rich and poor people in Spain have not stopped growing. According to the report of Fomento de los Estudios Sociales y Sociología Aplicada of 2013, the step between the 20% with fewer incomes and the 20% with more incomes has grown by 30%. Economist Jordi Goula wrote in La Vanguardia with full details and mentioning reliable sources (September 8th 2013, in the supplement Dinero) that 10% of the least well-off members of the Spanish society have access to 1.6% of incomes while the richest 10% can access 24%.

There is no doubt that first the recession and then the crisis have created a big slope between poor and rich people and that the State, those States affected by the recession, especially in the South of Europe, cannot guarantee basic benefits on health, education and social services without the monetary collaboration of citizens (as they used 15 years ago). We usually talk about the fail on other non-occidental societies while paradoxically we are failing in our own societies.

In order to avoid a complete collapse we need to pay our debts: accomplish Defense commitments (the most expensive ones) and maintain unemployment benefits and pensions (for both taxpayers and non-taxpayers). In this situation communication, explanations and public pedagogy of why we are in this situation are being avoided with great numbers and speeches which do not convince.

The only possible alternative seems to be the reformulation of the State. –By reformulating Constitutions–, big promises must be left apart and adjusted to the State’s action and guarantee basic and secondary education; provide equal access to University and vocational education; offer a wide and completely free access to health services and guarantee a pensions system and of course, unemployment benefits. Nowadays, less means more. As a consequence, the abolition of subsidies seems to be obliged –with nuances on the areas of culture, sports and research–, as well as those rights which cannot be guaranteed. Austerity must be the new trend especially on the political expenditure and on the one destined to marginal actions of the Public Administrations.

Be aware that the State’s capitalism is back, which means that it is spreading and it happens in emergent countries. The 19 biggest companies are state companies

As Alejandro Rebossio wrote in El País in September 8th 2013, “the State’s capitalism is not a taboo anymore” since public capital in companies are stabilized or grow in emergent countries which are careful not to make the same mistake as previous cases which dealt in this area and had to move to private activities. Nowadays, 19% of the most stable companies in the world are state companies and China, Russia and the emergent nations –according to the abovementioned author– are the first ones in this business model. According to history, it is a bad policy.

The State needs to be less in order to be more regarding basic aspects such as living, education and taking advantage of social solidarity. Other aspects can –and must– be left to the private area (business and management) and only sometimes their activity should be allowed for profit when managing some public services which according to a general opinion are not the ones considered basic benefits.

As I am writing this text the Spanish justice has suspended as a precautionary measure the privatization of several hospitals in the Autonomous Community of Madrid. The judge who has suspended this privatization declares that it cannot be understood why “those in charge of the public management of that essential service such as health, just accept their incompetence to manage the service in a better way…” It is especially in this concept of efficiency where the public system of contributions struggles. Thus, the real challenge is for the State not only maintain the management of those essential services but also train civil servants and professionals with a level of education at least as high or even higher as those working in the private sector. We also need fewer civil servants but better managers. Then again, in this case less is more.