It is our time

The era of collaboration brings about tremendous possibilities and Peru, Chile, Colombia and Mexico have understood it clearly. All of them united under the Pacific Alliance are starting to build bridges to make up an alienated bloc which can be shown to the world as the Eighth Economy.

This coming 4th, 5th and 6th of December the representatives of the four countries which form the Pacific Alliance will gather in Santiago de Chile to talk, debate and create a combined weblog of work on entrepreneurship and innovation.

This forum, baptized as LAB4+, has the following goals: to define a common agenda of research and innovation development; to promote collaboration within the ecosystem of innovation of the member states; to strengthen the relation between the world of entrepreneurship and the Latin American venture capital; and to share experiences both at a public and private level. It is no doubt a big step to fulfill the goals that the governments already started.

Today it is time for private initiatives to take the cause of this union and to materialize it. With this goal, new initiatives are appearing such as Mujeres del Pacífico, the Asociación de Emprendedores de la Alianza del Pacífico (association of entrepreneurs of the Pacific Alliance), the consolidation of the Pacific Alliance Business Council and the creation of a Business Advisory Council in matters of Innovation which will work with important businessmen.

The Pacific Alliance opens us to endless possibilities, but also to big challenges. To share knowledge and ways of doing things; to generate conversations between ecosystems; to sell ourselves to the world as a group which takes the continent to development; to promote a trading platform between the four nations; to give to our entrepreneurs the possibility to become global in origin on connecting with their partners, articulate the networks that exist today so that they work together and take the initial step to form a common identity that does not make us compete for what country will be the next Silicon Valley, but create our own strong and transformative referent.

Paradigms are changing and we, the citizens, are responsible for mobilizing our nations towards the next step, independently of the ideologies that govern. 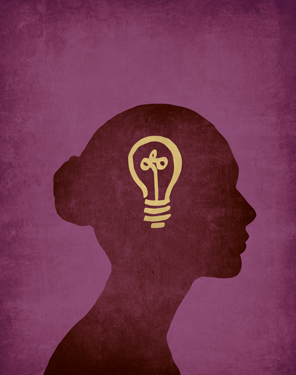 WOMEN AS A DRIVING FORCE FOR CHANGE

We, Latin American women, have strength, we are fighters and very passionate, but we are also the most underutilized human resource of the region. Taking advantage of these unique and distinguishing qualities, a group of businesswomen, entrepreneurs and senior executives of Chile, Peru, Colombia and Mexico are organizing themselves with the aim of concretizing the possibilities that the Pacific Alliance is generating. Some of their goals are to encourage entrepreneurship and innovation; to open spaces for women in senior management; and to impact in both transversal and horizontal ways. The first activity they are carrying out as a group is an exchange and business trip during the week of the 3rd of December to Chile, where all the participants will see closely what Chileans are doing in matters of innovation. They will also visit initiatives such as Startup Chile, Asech, Social Lab, Plan C and Fundación Chile and they will participate in the Foro Lab 4. During the trip, they will have meetings with local businessmen, they will attend the talks of international speakers, and they will be part of the networking that will be generated thanks to the participation of members of different countries.

The recent study on the Index of the Business Environment for Entrepreneurs, carried out by The Economist Intelligence Unit and supported by the BID, pointed out coincidentally that the best countries for women to undertake a project are Chile, Peru, Colombia and Mexico. It was great news, but at the same time it showed the gaps that we have to bridge to consolidate ourselves. To achieve success we need good role models, networking, training and access to funding. As successful women we have the duty to give back and support those who want to stand up. Now it is the moment, the eyes of the world are on us, so let´s dare to change reality.

We, Latin American women, have strength, we are fighters and very passionate, but we are also the most underutilized human resource of the region

THE ENTREPRENEURIAL MOVEMENT TAKES OFF

It is necessary that all the companies and organizations become aware of the fact that entrepreneurship is the driving force of the economy of a country: through the development of entrepreneurship it is possible to create employment, to increase the growth of a country and, especially, to dignify people.

With the highest entrepreneurship rate of the world and a percentage of active people who start a new business that almost triples the levels of the OECD (23.4%), Chile is one of the most fertile countries for the creation of businesses. In addition to these figures, provided by the Global Entrepreneurship Monitor (GEM), according to data of the Ministry of Economy, the creation of new businesses reached 16,490 during the first three months of this year, with a growth projection of around 58% during the quarter from January until March of 2014.

In Asech we believe in a world of entrepreneurs, in which entrepreneurs are those called to provide solutions to those problems that affect their citizens, such as poverty and inequality. For this reason, we founded Asech. The almost ten thousand members that we have also think in a similar way. They are entrepreneurs, who had to face problems, but finally they have achieved their aims, and now they are creating employment and millions of positive externalities. The foundation of Asech has developed a model that is opened to the world. With the spirit of sharing this experience, the Association of Entrepreneurs of the Pacific Alliance is being established to gather millions of entrepreneurs who have a common vision of society and of the world in general. In our opinion, this represents the Pacific Alliance: the opportunity of inviting the world to share this vision. We have an important role to play. We have the experience and the ability, and we want to share it.

The opportunities are endless, as well as the challenges for us. This also represents an opportunity to build something together as a region and to reinvent us ourselves. 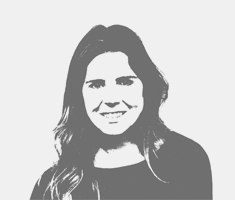 Fernanda Vicente
President of Mujeres del Pacífico
Serial entrepreneur, CEO of Inittia, Director of Viral, Director of 101 Monkeys, Vice-President of the Chilean Association of Entrepreneurs (Asech) and President of Mujeres del Pacífico. She is a Panelist of Faro Empresarial in Radio Agricultura (Chile) and a speaker on Entrepreneurship and Innovation. She has sold two companies: BCBG Max Azria Chile and Amélie, a plant for food production. She studied Aesthetics in the Pontifical Catholic University of Chile and she also completed a Degree in Social Communication in Diego Portales University. She also completed specialized studies in Marketing Communication and Tech Products and Services in the University of California.