Opening in Colombia: compete to grow

The world has changed dramatically in the last decades. The reduction of transport costs, the drop in the prices of communication and the Internet revolution, amongst others, has accelerated the process of globalization. One of the most well-known dimensions of globalization is the growth in flows of trade between countries, making necessary the elimination of the barriers to trade.

The strong international tendency towards economic integration is evident: while in 1990 there were 70 trading agreements in force, in 2010 nearly 300 were notified. In a report of 2011, the World Trade Organization (WTO) pointed out that until that moment “with the exception of Mongolia, all the Members of the WTO (were) parties in at least one (Preferential Trade Agreement)”.

The question that arises is why trade agreements have grown notably and the answer has to do with the global increase of the middle class, the sophistication of global demands, but, above all, with the geographical fragmentation of the processes of production and the emergence and consolidation of global value chains as a predominant form of the organization of the global production. The negotiation of trade agreements allows businessmen of a country to enter more easily in the global value chains and to avoid being displaced in target markets by other exporters which have permanent preferential access.

Additionally, as the Organization for the Economic Co-operation and Development (OECD) points out, trade increases competition and therefore the incentive to innovate; a stronger competition is especially powerful to produce increases in countries´ productivity and to create decent and good quality employment.

Colombia started in the 1990s an internationalization process of its economy. However, this process is still far away from turning the country into an open economy, as it is shown in the results of the Global Competitiveness Report 2013-2014: in the variable “prevalence of barriers to trade”, Colombia is in the 131 position among 148 countries; in the duty rate it is in the 82 position (even after the Structural Tariff Reform of 2010 and the deferral to zero tariff for capital assets and consumable goods not nationally produced); and in the opening coefficients it is in the 143 position in imports and in the 137 position in exports. 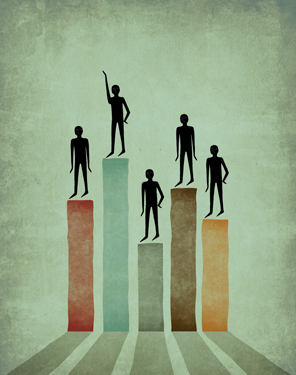 The country began the liberal era after the majority of the countries of the region and, at the beginning, it reduced the duties to a lesser extent than other economies of the world. However, Colombia has changed in the last decade, becoming one of the most attractive economies of Latin America, taking important steps in the good direction, through the implementation of strong policies of internationalization, competitiveness and productive transformation.

In the Government of the President Juan Manuel Santos, which started in August 2010, we decided to overcome the delay that the country had registered with the development of the agenda of trade negotiations, the promotion of direct foreign investment and trade facilitation.

In relation to treaties of free trade, we received five agreements in force with 12 countries, four more negotiated with 33 and two agreements in progress of negotiation. We proposed to arrive in 2014 up to 18 negotiated agreements, from which 13 should be implemented with more than 50 countries and permanent preferential access to a market of more than 1,500 million consumers. Today we can say that we are achieving that goal, with the successful culmination of six more negotiations: South Korea, Venezuela, Costa Rica, Israel, Panama and Pacific Alliance.

For Colombia, the Pacific Alliance is especially important as we see it as an initiative that goes beyond a Treaty of Free Trade. It is an area of deep integration that will create conditions of growth, development and competitiveness in our economies, as well as an effective insertion in other regions, in particular in Pacific Asia, the richest economic bloc in the world and the essential axis of the global economy of this century. Moreover, having assumed with pride last May the presidency pro tempore of the Alliance, our commitment with this integration process is stronger than ever.

The process of trade openness is a necessary way that encourages companies to be more competitive and innovative and to take advantage of the permanent preferential access. It also induces the necessary improvements in terms of infrastructure, postponed for decades with the logic of “opening only when the conditions are given”; the disarmament of non-tariff measures that were imposed as a reaction to the timid opening up at the beginning of the 1990s (and which in practice blocked it); and the dismantling of extra charges generated by the public regulation which affect companies´ competitiveness and create an unhealthy environment for development.

There is still a long way to go in eliminating the barriers to trade. The Colombian Government is still working along these lines to guarantee the access of our businessmen to a higher number of consumers with more and more sophisticated demands and the access of our customers to a wide range of products with better conditions in terms of quality and price, within a framework of strong but fair competition. 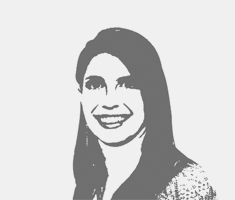