The Pacific Alliance, represented by Chile, Colombia, Mexico and Peru, is an economic and commercial integration process, open, flexible and with clear and pragmatic targets with a main goal to improve the free movement of goods, services, capital and people. This ambitious effort does not only have the aim to further trade and investment among its members, but also with the entire world. The Pacific Alliance established its institutional bases formally in June 2012 with the Framework Agreement signed by the four Presidents of the Republic (Paranal Observatory, Antofagasta Region, Chile).

The Alliance was established with the aim of going into more depth and complementing what the four countries already had agreed on bilaterally. At the same time, the idea has been the creation of relevant integration spaces specialized in non-traditional areas. In this way, agreements have been created in different matters such as education (exchanges and undergraduate scholarships); scientific cooperation (climate change); joint promotion in international markets for goods, services and investments of the region; joint trade offices; and cooperation between consulates and embassies, just to mention some achievements.

The Pacific Alliance will be the third world economy in 2018, according to studies of the GDP carried out by the IMF

The Pacific Alliance has a structure based on the principle of consensus. In that way, the fact of being countries that share many coincidences has helped the signing of the agreements. It is important to point out that there is a high level of commitment, which can be seen in the seven summit meetings between Heads of State, in the numerous encounters of ministers of Foreign Affairs and Trade, and in the consecutive meetings between vice-ministers of Trade and technical groups.

In this way, the Pacific Alliance is not exclusively an Agreement of Free Trade, but a space that promotes integration by combining agreements with a high level of trade ambition, with commitments in other areas. The Agreement of trade integration already established and partly negotiated during the pro-tempore presidency of Chile consists of 21 sections, among which you can find ambitious and last generation disciplines on subjects such as Market Access, Rules of Origin, Trade Facilitation, Technical Barriers to Trade, Sanitary and Phytosanitary Measures, Services and Investments and Public Purchases.

In market access, a 92% of immediate tax relief between the four countries was agreed on when it came into force, as well as an 8% with short- and mid-term timelines of tax relief. This agreement will consolidate and study in depth the potential, creating one of the most important spaces of regional integration on a global scale.

Indeed, with a population of 211 million people, a GDP of US$ 2,013 billion (a third part of the GDP of the region), and a global trade of US$ 1,104 billion, it is estimated that the Pacific Alliance will be the third world economy in 2018, according to studies of the IMF.

At the same time, to increase the extra-Alliance trade is an objective of great interest, especially with the Asian-Pacific region, which today represents almost 50% of the global population, the 30% of the global GPD and the 30% of what it is bought in the world.

We will not just reduce our tariffs to zero and facilitate productive integration, but we will also improve cooperation between customs, the interoperability of single windows of foreign trade and the authorized economic operator, which will enable trade to be more expeditious between the countries of the Alliance and the rest of the world.

The achieved agreement on maritime transport has also been essential in Services, in particular the one that will make cooperation and cargo traffic easier, complementing in that way the current agreements with new disciplines. Meanwhile, in air Services we want to achieve their liberalization, so that we can promote integration, making the transport of people and loads more expeditious and efficient.

The Agreement of trade integration already established and partly negotiated during the pre-tempore presidency of Chile consists of 21 sections, among which one can find ambitious and last generation disciplines

The Alliance is an open process in the way that all those countries which share the same principles and objectives have the possibility of becoming official members, assuming the commitments already made. Today, the Alliance consists of 25 observer countries. Costa Rica has already started the process of achieving full membership. Meanwhile, another group of countries from different continents have also presented their application to become observer countries.

The work of the Pacific Alliance Business Council (CEAP) has to be added to the work of the States. This council works as consultant and it is made up of businessmen and high-level organizations. The joint actions carried out by promotion agencies and embassies in various international markets, focused on stimulating trade and investment, must also be added to the above-mentioned efforts.

In this way, the Pacific Alliance, as a process of deep integration, brings together not only the founding States, but also other countries interested in it and the private sector, with the aim of achieving evolutionary agreements which successfully fulfill the goals and targets already contemplated. 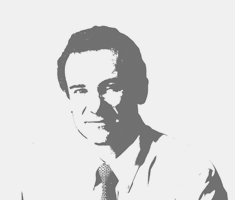 Álvaro Jana
Managing Director of International Economic Relations (DIRECON) of the Ministry of Foreign Affairs of Chile
He is director of DIRECON since June 2012. He studied Law in the Diego Portales University, and he completed his postgraduate studies in Law in International Legal Studies and he specialized in International Commercial Law in Georgetown University. Regarding his academic background, he was an outstanding professor of Dispute Resolution in the Institute of International Studies at the University of Chile and in the Centre for Latin America of the University of Heidelberg. He ran the WTO Department of DIRECON (2002 and 2003); he worked as a Legal Adviser in the WTO Trade Policy Department (2001-2002) and as a Legal Adviser in the Economic Complementation Agreements between Chile and Colombia and between Chile and Mercosur. As the Director of DIRECON, he has conducted negotiations with the TPP and the Pacific Alliance.