As President of the Government, it is a great honor to write in the magazine of the first Spanish and Latin American consultancy that belongs to the Foro de Marcas Renombradas Españolas (Leading Brands of Spain Forum) (FMRE). I think it is very appropriate that our enterprises highlight, as the Government does, the potential of the Pacific Alliance.

For Spain, the four founding Member States of the Alliance, as a whole, represent the ninth destiny of our global exports and the 40% of our exports to Latin America.

Commercially, the Pacific Alliance and Spain complement each other, because while we supply them with capital goods, semi-manufactures, vehicles and consumer goods, they supply us with oil and gas, as well as with agricultural raw materials and minerals. In addition, Spain can make an interesting triangulation with the Pacific Alliance and Asia, for mutual benefit. It is worth mentioning that in the first decade of the 21st century, Chinese trade with Latin America and the Caribbean has grown twice as fast as that with any other region of the world. It is a good example of the centrality of Latin America.

Spain can make an interesting triangulation with the Pacific Alliance and Asia, for mutual benefit

Spanish investment in Latin America and the Caribbean already reaches 126,000 million euro, 9% more than the previous year. The important thing is not only the figure but also the tendency: the crisis has not reduced our investment flows in Latin America. The countries of the Pacific Alliance represent the third part: 44,000 million euro. Spain is the first investor in Chile and Peru, the second in Mexico and the third in Colombia. It is also a diversified investment which therefore contributes to the industrial fabric of these countries, to its growth, to job creation and to social cohesion.

We are historic and future allies not only in Latin America but also, and increasingly, on the global stage. They are countries which believe in the same policies as in Spain and they practice them. We share the same values and interests, not only the common language. We are facing the Latin American Alliance of legal certainty, trade openness and Asian vocation, a winning combination.

Spain should support clearly those countries which believe in the clear and predictable rules of the game, a result of strong and independent political institutions. Citizen welfare depends on them.

Our commitment to the Pacific Alliance does not reduce one bit the commitment of Brazil within Mercosur, which dates back years

In the 21st century, institutions are just as important or if not more than the technological change for economic and social development. With believable and reliable institutions, economic growth is strengthened and becomes fairer, as more investment is attracted, more income is generated and therefore more income can be redistributed, producing in this way a higher social cohesion.

The Pacific Alliance is actually the most similar integration process to the European Union which has ever been seen in Latin America. It does not content itself with the free circulation of goods, but goes further with the creation of a real internal market, with free movement of goods, services, capital and people. For example, the free movement of people has started with the facilitation of migratory transit, eliminating the visa requirement between them and thus allowing citizens to directly notice the advantages of integration.

Along these lines, last August, when the EU Trade Agreements with Central America, Colombia and Peru came into force, I called the Presidents Santos and Humala to announce my initiative of asking the European Union to withdraw the Schengen visa requirement for their nationals. Member States of the Pacific Alliance should receive the same treatment as in the European Union, without discrimination. You cannot stop with visas what free trade promotes. Colombians and Peruvians should realize that they obtain benefits and recognition for their trade openness, legal certainty, efforts, perseverance and progresses made over these last few years.

I would like to emphasize that the same success that we wish for the Pacific Alliance, we also wish for Mercosur. Spain has been promoting an agreement between the European Union and Mercosur for many years. We will continue with this determination. We should provide opportunities and we should incorporate in the global value chains all the countries that wish so, alongside their industries and their consumers. Within Mercosur, Brazil deserves a special mention, as it is the other fundamental axis of the foreign policy of Spain in Latin America. Our commitment to the Pacific Alliance does not reduce one bit the commitment of Brazil within Mercosur, which dates back years. Brazil is the first destiny of Spanish investment in the world, with more than 66,000 million euro of accumulated investment.

For my Government, Latin America is not a simple rhetorical question but a renewed strategic commitment to position ourselves realistically in the 21st century. I want to show this certainty with hard facts and I also want our citizens, both those from the Pacific Alliance and from Spain, to feel that they have greater freedom of movements and entrepreneurship, and that enterprises have more opportunities to generate prosperity for everyone. 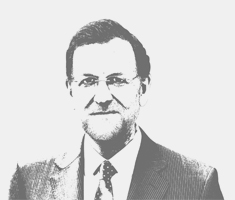