The Alliance of the Future

IDEASUNO MagazineThe Alliance of the Future

After several decades of progress towards a larger opening in its markets to the global economy, the presidents of four Latin American countries firmly committed with the opening of its economies to the world −Chile, Colombia, Peru and Mexico− realized that, unintentionally, on signing bilateral treaties of free trade between themselves, they had created an area of free trade whose size would turn it into the sixth biggest world market, with a joint GDP of almost 3,000 million dollars (PPP), comparable in size to the German market. It had appeared as a both natural and unpredictable result of the signing of bilateral free trade treaties between these four countries. The opportunity to build something on the basis of this new reality was confronting them. Without thinking twice, the Peruvian president Alan García invited the other three Heads of State to use it as a starting point for a project of profound integration of these four economies. This call, which was rapidly received by its counterparts, led them to make this new reality official in April 2011 and baptize this project with the name, Pacific Alliance.

The decision made perfect sense. The vision of a market of nearly 200 million consumers, with an income per capita of on average of nearly 15 thousand dollars (PPP), free of all trade obstacles and committed with the free movement of people and capital, promised to capture the attention of the world. More complete trade integration should also provide dynamism to its economies and promote the development of national companies interested in protecting their activities beyond their frontiers. Its negotiating position with regards other economic blocs, especially those situated in the dynamic Pacific basin would be strengthened. A common project which aimed to deepen and harmonize the liberal reforms which had given new vigor to its economies, promised in addition to act as containment against the populist temptations which have seduced the countries of the region throughout its history, with dreadful consequences.

Will this new integrationist effort have the sad destiny of a long list of initiatives which in the end did not prosper, such as the late Latin American Association for Free Trade, the Andean Pact or the Mercosur? The evidence points to the contrary. In the first place, the Pacific Alliance is a pragmatic effort which arose from the recognition of a pre-existing reality and not from an intangible dream. Another important consideration is that the criterion of admission to the group in this case is not geographical but institutional, which guarantees a relative unity of vision between its members: they are only required to adhere to the principles of political and economic freedom which inspire the project. What at first glance could seem a weakness –small number of member nations– is in fact a fortress: the capacity to generate consensus and create effective coordination tends to be bigger in small groups. Notably, the political willingness to advance in the direction agreed on, has been maintained unharmed in spite of the changes of government in the member countries. Its aversion towards the type of protectionist measures which characterized its predecessors, completely out of step with the realities of the globalized economy of the 21st century, is another auspicious sign. Another one is its aversion towards bureaucratic structures of supra-regional government, as reflected in its adoption of more informal, light and agile mechanisms of collaboration mechanisms. 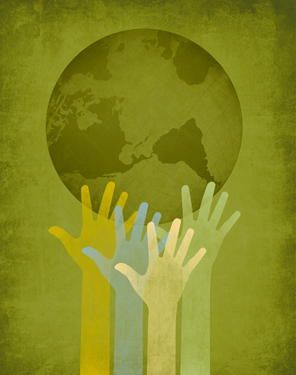 The progress made in the short time that has elapsed since its creation reinforces the idea that this is an Alliance with a future. The members have agreed to eliminate a series of customs duties which still exist, to the extent that in the short term 92% of products will be free from the customs duty and another 7% will be completely exempt from tax in 3 or 7 years, so only 1% will have longer deductible periods, in line with what was agreed by the FTA (Free Trade Agreements) signed with the United States, which contemplate a most favored nation clause, by which the tax deductible on this remnant would automatically have been extended to the United States had it been adopted before the due-date. Progress is also being made in the harmonization of the policies of public staff recruitment, so that suppliers from other member states can sell products and services to their governments under conditions of equality with national suppliers. Several countries are opening embassies and business offices together and promoting foreign investment together, as occurred in a recent encounter of the leaders of the member states in New York.At the same time, the three South American countries of the Alliance, together with Ecuador and Bolivia, have begun negotiations to interconnect their electric systems and advance in the harmonization of their regulatory regimes, with the idea of organizing an integrated electrical energy market amongst its members. The concept is promising: whilst Chile faces up to a serious lack of electricity generation, Colombia has an important surplus. In the context of the Alliance, a Business Council has been created which has begun to prepare proposals to extend the project to new areas, as for example, tax agreements that facilitate the merging of companies of member states of the bloc, in order to assimilate its tax treatment to that of the domestic mergers. And the members have advanced in the integration of its stock markets with the recent creation of MILA (Latin American Integrated Market). In other words, it is at least a promising start.

The world has recognized this as a fact. Until now 20 countries have joined as observers, amongst them Latin American countries like Costa Rica, Panama and Guatemala which aspire to join eventually as full members. The index to attract foreign direct investment (FDI) elaborated by the UNCTAD (The United Nations Conference on Trade and Development) situates the bloc in the first quartile worldwide. It is not surprising: the member states capture more than half of the FDI (Foreign Direct Investment) accumulated in the region during the last 12 years.

The next step is to identify areas of collaboration between the members which can give a transcendental meaning to the project and allow members to join forces around a common vision of the future. In the European case, this vision is the one that gave rise to the community project: the integration of the key coal and steel industries, to achieve a bigger economic efficiency and make the start of armed conflict between member states more difficult. The Alliance already seems to have found an equivalent goal: the integration of its efforts in areas of innovation and entrepreneurship, especially in the educational field. The Mexican president Peña Nieto called them the axis for the integration and modernization of Latin America in the recent Ibero-American Summit. This should begin to take shape with the signing of a series of agreements in the Summit of Innovation and Entrepreneurship of the Alliance, to take place in Santiago de Chile at the end of the year.

If this line of thought were to be materialized, the Alliance will not only have a very promising future as an economic bloc, but it will end up being the “hard core” of a process of regional integration which in the next decades will make the dream of Miranda, Bolívar and San Martín a reality: a Latin America united that assumes a leading place on the world stage. This really would be an Alliance with a future. 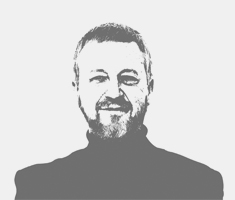 Raúl Rivera
Author of “Nuestra Hora: Los Latinoamericanos en el Siglo XXI”” and Founder of the Fundación Avonni
He is the author of the book Nuestra Hora: Los Latinoamericanos en el Siglo XXI (our time: Latin Americans from the 21st century) (Pearson), which debunks many myths about Latin America and calls on Latin Americans to unite their forces around a regional project according to their possibilities. He is the Founder of Fundación Avonni, which gives the National Innovation Awards together with the Chilean government, of Fundación Mentores por Chile and TNX, the leading company of Telecom Expense Management in Latin America. He is also the director of Principal in Latin America. During the 80’s and 90’s, he promoted the expansion of Boston Consulting Group in San Francisco, Iberia and Latin America. @raulriveraa