Not long ago, I wrote in an article published in the newspaper El País that “Any European country −and, especially Spain− would make a serious error of opinion if it continues to see Latin America as a homogeneous region from an economic, social and political point of view only because its different countries are closely linked by the language, the culture and their potential for growth and development. This multifaceted vision of Latin American is of special and urgent interest for business investments and for States looking for commercial exchanges.” 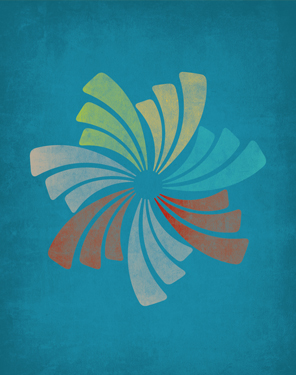 The factor which alters, the until now South American homogeneity, is the formation of blocs, some confronted and others mixed, which make the political and economic morphology of the region more complex. The States are, ultimately, the ones that create the living conditions of a market to be favorable or not for investment. Beyond an economic vision, the market also creates conditions for the development of democratic societies because it encourages the formation of middle classes which at the same time are the reproductive factor of a political culture to control the political powers, sanction corruption ethically and legally and gain social and political rights. The countries that form states in which judicial security is the backbone of the investment economy −in a unique way, to guarantee those investments in the long run with a capital and technology intensive assistance− will also progress in their institutionalization and consequently in their stability.

The Pacific Alliance, which is the main topic of this number of UNO, is a good example of this. A commercial bloc (Chile, Colombia, Mexico and Peru) that was formed in 2011 after the Declaration of Lima and which with political systems that tend to converge in the same values and principles, tries to achieve regional integration, development of competitiveness, growth, and the free movement of goods, services and capital. The four member States represent no less than 50% of the commerce of the region, with exports of 556.000 million dollars and imports of 551.000 million, both figures corresponding to 2012. The Pacific Alliance would be, from a hypothetical point of view, the eighth economy of the world with more than 200 million citizens and 40% of the GDP of Latin America.

The States are, ultimately, the ones that create the living conditions of a market to be favorable or not for investment

This new issue of UNO has a new panel of very distinguished staff as collaborators from countries of the Pacific Alliance and from the observer countries like Spain. We are very grateful for the contribution of everyone and especially that of President Ollanta Humala (Peru), that of President Mariano Rajoy (Spain), that of the Managing Director of International Economic Relations of the Ministry of Foreign Affairs of Chile, Álvaro Jana and that of the Vice Minister of Business Development of the Ministry of Commerce, Industry and Tourism of Colombia, María del Mar Palau.

I hope you enjoy it.