According to the Estado de la Región centroamericana (2010), in the last five years, Central America experienced some worrying economic, environmental, social and political setbacks, although without reaching extreme limits, as well as a widening of socioeconomic and political gaps, especially among southern countries (Costa Rica and Panama), which have a greater boldness, social development and consolidation of its democratic constitutional states yet a small population and territory and among central-northern countries, which have high levels of poverty and weak states yet a large population and territory. This evolution has resulted in a dangerous risks convergence in a context of climate change.

This evidence clearly shows Central America’s exposure to global hazards which, in addition, were combined with socially-built vulnerabilities during decades. While it carries a historical deficit such as the high levels of social exclusion and inequality, the Isthmus has become the most violent territory in Latin America and one of the most insecure areas in the world with agents of organized crime becoming increasingly threatening. It is also the region that is most exposed to the impact of climate change, the most prominent “hotspot” in the tropics, even though it is only responsible for 0.5% of global greenhouse gas emissions (GHGs), with remarkable differences between countries.

There are two outstanding sectors due to their economic and social relevance and their vulnerability to climate change: agriculture and energy. In medium and long term, certain crops are expected to be affected, such as corn, beans and rice, which are essential to feed many small producers in the region and for their economy. The global economic boom that preceded the financial crisis was a time of difficulties in Central America due to the increase of commodity prices (food and hydrocarbons), particularly in those produced out of the region. On the other hand, challenges in the field of energy take two paths: the need of reducing GHGs emissions in a framework of high dependence on hydrocarbons and the problems that may arise regarding the availability and management of water for a future generation of electric energy (impact on the hydrologic cycle and increase in extreme natural events). This occurs in a region that already has limitations regarding the energy required for its development.

Despite the fact that the impacts of climate change in the region are, to a great extent, someone else’s fault, the region has also contributed to its environmental degradation and deforestation, by unsustainable uses of energy and urban disorder. All these factors do not exclude its global responsibility and have deteriorated the environmental sustainability of the region. In the last decade, Central America’s positive balance was significantly reduced and became negative due to the ecological footprint and biocapacity. This change is mainly explained by a generalized energy dependence on hydrocarbons (44%), but also by the use of firewood (38%), particularly in less developed countries. Electric energy provides 12%, although its production with clean sources is being reduced: it went from 91% to 63% in less than two decades since 1990. Wind and geothermal energy sources are barely used in only two countries of the region.

The necessary global answer to climate change is a drastic reduction of emissions by means of the use of new technologies and making more efficient the existing ones. This is key in the energy sector (Stern, 2007). The energy demand of developing countries (nearly 80% of the world’s population) is expected to have an annual growth of 4% or 5%. This challenges the region to reduce emissions without neglecting its necessities, which are far from the levels of consumption of developed countries.

In this regard, there are many opportunities to transform the Central American energy production and its regional actions. The advantage is that the way ahead is already mapped out and there is an interconnected electric system which has adopted market guidelines on energy purchase and sell and progressed in the creation of a generation company and regional generation plants. 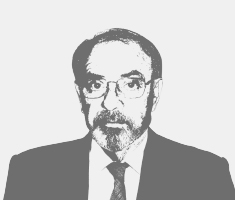