Antoni Salamanca’s book Otro mundo es posible (Another world is possible), Al Gore’s Oscar-winning documentary An Inconvenient Truth or the Stern Report point out that the level of carbon dioxide in the atmosphere has increased by 30% in comparison to the 19th century. Nowadays, we add 8 billion extra tons of carbon dioxide (CO2) accelerating climate change, to which methane, nitrous oxide and chlorofluorocarbons (CFCs) also contribute. The reduction in the ozone layer caused by CFCs and, despite the Montreal Protocol in 1987 and its subsequent revisions, will contribute to skin cancer, cataracts, the reduction of phytoplankton, capture fisheries and harvests causing significant harm to animals and plants. Global warming and climate change are thus a reality.

In view of the above, the Secretary-General of the UN has tried to seriously address this issue through several meetings that we all now as Kyoto. In the last meeting, all 194 countries gathered in the United Nations Framework Convention on Climate Change, held in Doha, reached a minimal agreement to extend the second period of validity of Kyoto Protocol (which expired this year) from 1 January 2013 until 31 December 2020.

This result has given rise to much debate since it represents a clear mixture of small steps and big frustrations. The steps forward are seen by UN officials as incomplete successes, whereas the big frustrations include the fact that the US, which produces 27% of carbon dioxide emissions and signed with Clinton the Kyoto Protocol, was never able to ratify it. Spain, however, signed and ratified it and yet it does not comply with it. The agreement, known as the Doha Climate Gateway, grants an eight-year extension of Kyoto Protocol and it is the only binding international treaty to fight global warming. Nevertheless, the United States, Russia, Belarus, Ukraine, Japan and Canada, among others, have not agreed with this new commitment and thus the current member’s CO2 emissions barely represent 15% of global emissions.

Doubts grow as we discover that the European Union, alleged bastion of defense of climate change, has a National Allocation Plan (NAP) for Emission Rights for each Member State. It enables to purchase and sell the emission rights created and allocated among the Member States included in Appendix I (industrialized countries), whose emissions would be acceptable and would respect the reduction objectives established by the Protocol. Since their emissions are lower than the maximum allowed, there is a margin of emission rights that can be sold to other countries whose emissions are higher. In other words, the ordinary citizen is surprised to find out that there is a new right (because nobody had told him before about his alleged benefits): the right to buy rights to be able to emit greenhouse gases.

In the last meeting, all 194 countries gathered in the United Nations Framework Convention on Climate Change, held in Doha, reached a minimal agreement to extend the second period of validity of Kyoto Protocol… This result has given rise to much debate since it represents a clear mixture of small steps and big frustrations

These are the general conditions of the law. Now it is time to tackle the issue of the American continent, which has environmental resources, needs a productive investment and must also face the thorny problem of illicit crops, drugs, drug trafficking and terrorism.
AMERICA: A NEW OPPORTUNITY THAT MUST BE INTELLIGENTLY AND RESPECTFULLY SEIZED

While Europe continues to fight recession, the 2012 ECLAC report estimates that growth in Latin America and the Caribbean will be around 4%. Therefore, this represents a unique opportunity for European (and Spanish) investments as long as it is implemented with determination and respect.

If there is a place where Spain is much more than a middle power, that place is undoubtedly America. As a result, the rapprochement to governments and people must have the following characteristics: good preparation (it is helpful to know the local history, reality, life and customs), an adequate language (we usually talk in an “aggressive” way), a profound respect to the environment and humility. Theories planned during coffee breaks should not be implemented.
The governments of the Region imperatively require clear and long-lasting rules, legal certainty, scrupulous compliance with the agreements of reciprocal guarantee of investments and certainly particular attention to the environment. In short, companies from both sides of the Atlantic, as an act of corporate social responsibility, must not only create profit and employment but also contribute to development and be respectful with the environment. Their collaboration to promote agreements with ethnic groups, indigenous populations, universities and local cultural organizations is highly advisable if it is to be successful.

In America, the fumigation of coca leaves, in addition to jeopardizing the environment and human lives, is an extremely inadequate solution… Drug trafficking and terrorism are the environment’s implacable enemies. The solution for companies consists on signing agreements with local populations

Let us have a look at the drugs issue. Indigenous people usually say that “God created” coca leaf and the West and the United States created “the -ine”. North American and European chemical companies supply the chemicals needed for the production of cocaine and the banks, which launder millions of dollars every year, continue to benefit from trade. 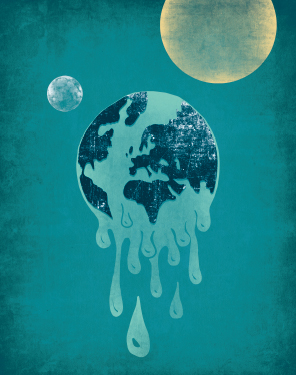 Therefore, producer countries cannot be the only ones to blame. The responsibility is obviously shared between producers and consumers, as has been widely recognized by the European Union in the documents signed with Latin America and as it is established in nearly all conclusions of the Ibero-American Summits of Heads of State and Government. Likewise, with the appearance of synthetic drugs, it is increasingly difficult to distinguish between producer and consumer. There is no doubt that drug-traffic and terrorism go hand in hand, they live off of each other, generate crime which knows no boundaries, they are a serious problem that affects the entire international community and they are the environment’s implacable enemies. The example of coca leaf is a visible case but responsibilities should not be equated. A farmer or landowner who grows it or the “raspachín” who makes his living from that activity is very different from a drug dealer who has cartels, works with paramilitary groups, guerrillas and common criminals, promotes the hiring of killers, corrupts all social classes, destabilizes governments and threatens the internal and international security. Complicity of banks in money laundering is intolerable, as well as the uncontrolled export of precursors.

Sanho Tree, Director of the Institute for Policy Studies Drug Policy Project states that the U.S. has supplied tens of thousands of gallons to the Colombian government for aerial soil fumigation of coca plantations. A fleet of small planes has been used to spread unprecedented quantities of high powered glyphosate over thousands of hectares in one of the richest ecosystems in the planet. In La Hormiga, a small town of Putumayo, fumigations have destroyed traditional subsistence crops such as yucca, corn and banana, while the adjacent coca crops have not only survived but flourished. Even the rubber tree, included in the programs of alternative crops, has been destroyed by these fumigations. Coca is a very resistant crop and can grow under extreme conditions. According to the eradication policies in force, poor peasants are the ones most affected by this.

We have a long way to go ahead towards the enhancement of environmental conditions and the disappearance of drug trafficking, which is the biggest enemy of both the environment and the human being. It is therefore essential to further explore possibilities for profitable alternative crops and to promote the development of trade and education. The system of generalised preferences (SPG) granted by the EU to Central American and Andean countries affected by drugs (zero rate for most of their products for export) is a necessity. Projects financed by the EU, for instance in Colombia and Bolivia, which provide infrastructures, give a chance to other self-sufficient crops, facilitate the manual eradication and promote clean energy must yet be explored and, in case they work, they should be implemented. Fumigation, in addition to endangering the environment and human lives, is an extremely inadequate solution.

For this reason, UNESCO, a forum of reflection and debate as well as an important specialized organization of the United Nations system, being aware of the state of jeopardy of “the existence of humanity and environment”, approved in 1997 (29th General Conference) the Universal Declaration of Human Rights for Future Generations, which has unfortunately been given little consideration to date. In this declaration, the following is clearly stated: there is a need to ensure the maintenance and perpetuation of humankind, no attacks whatsoever must be carried out against nature or human life, humans should not alter ecosystems, scientific progress must be ensured, biological diversity must be preserved and sustainable development, and the environment’s quantity and integrity (art. 3, 4, 5 and 6) should be promoted. This is certainly a new generation of rights.

We must take care of our planet, which is attacked from different directions. We should not think selfishly that danger is real but still remote in time. There are solutions. Let us encourage companies to collaborate. Let us be careful, since, as George Soros noted, when requesting a more human globalization, too much capitalism might kill capitalism (Crisis of capitalism). 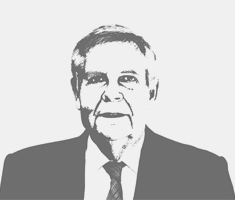 Yago Pico de Coaña
Spanish Ambassador
Ambassador Yago Pico de Coaña has taken various important roles in the United Nations, Guatemala (Secretary of the Embassy and Chargé d’Affaires. After the severance of diplomatic relations between Spain and Guatemala, he was the Counselor of Venezuela in Charge of Spanish Interests). Later on, he held the position of Assistant Director-General for Mexico, Central America and Caribbean, Spanish Deputy Permanent Observer of the OAS, Ambassador of Nicaragua, Colombia, UNESCO and Austria. He was the Director General for Latin America for eight years and President of National Heritage Agency for five years. His work during many decades was mainly characterized by his decisive participation in the implementation of peace agreements in Central America and by his collaboration as a facilitator with regards to negotiations between the Government and the “guerrilla” in Colombia.