Minerals are indispensable for many daily activities. It would be irresponsible to turn our backs on something we have and which, thanks to technological evolution, is now within reach, even in areas that used to be inaccessible. Nowadays, we can do it with a total environmental commitment and respect for the environment.

Our world is currently living a new golden Age of Metal. The growth of developing countries in the last seven years represents between 6% and 10%, which has caused a significant increase of the use of raw materials that has sometimes resulted in situations of tension between supply and demand.

On the other hand, although in developed countries growth rates are not as impressive as the ones in the emerging economies, the demand for metals has found new applications related for instance with health, development of new technologies and sustainable processes or with new ways of transport such as electric and hybrid vehicles that require twice as much copper in their manufacture than conventional vehicles.

Thus, natural resources play an important role in the global market. These natural resources provide a tangible present and future value and they are also part of the “real economy” as opposed to other models that were a reference until recently, such as the so-called “bubble economies”.

The mining sector has been rising for many years and its relevance is still growing. With this perspective, mining companies are being very dynamic and they are increasing their production capacity and, at the same time, developing their commitment with the social development of communities where their explorations take part, always respecting the environment. There are currently more than 30 projects of new mines or consisting on expanding the existing mines of copper and zinc for instance.

Nevertheless, we cannot ignore that mining requires a high initial investment and recouping it can be long and uncertain. The majority of newly-discovered fields are located in difficult and remote regions of the world, which pose great regulatory challenges regarding mainly environment and infrastructures. Sometimes, local communities may be opposed to this kind of projects, which makes it even more difficult the extraction.

Moreover, a country without a solid legal basis will have a negative influence in any investment or future development in the field of natural resources.

If we go back in time to the origin of mankind, we can see that humans have always had the need to transform the elements of nature for the purpose of using them. Strictly speaking, industry already existed, but it was not until the end of the 18th century and during the 19th century that the process of transformation of natural resources underwent radical change known as the Industrial Revolution.

This Industrial Revolution is based on a reduction of the working time needed to transform a resource into a useful product, thanks to the method of production of a free market economy. This economic model has acquired since then a new dimension and the transformation of nature is reaching unsuspected heights.

Thanks to this revolution, some urban areas are starting to specialize in industrial production, thereby forming what we know as industrial regions.

Innovation is the key to survival in a globalized and continuously changing environment. It is the key since society demands sustainable and environmentally friendly processes

Nowadays, we know that the more industrialized a country is, the better its economy works. Therefore, in addition to ensuring the maintenance of the existing industry, we must also ensure its growth as a future guarantee.

Atlantic Copper, the company I represent, is not only the second most important smelter and refinery in Europe but also one of the most efficient in the world and is at the forefront of energy efficiency, productivity and security. Furthermore, we are the largest producer of copper and sulphuric acid in Spain and the first Andalusian export company. 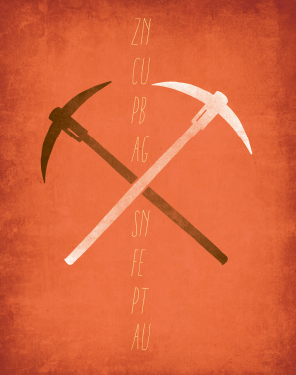 Innovation is absolutely necessary in order to achieve these accomplishments. It is the key to survival in a globalized and continuously changing environment. It is the key since society demands sustainable and environmentally friendly processes. There is a global competition of unit costs with other foundries and it is necessary to maintain high levels of operational excellence: security, environmental performance, facilities availability and process efficiency. Innovation has various meanings, being the application of talent to the enhancement of processes and products is one of them. That is why innovation and industry cannot be split.

In addition, this requires a positive attitude by administrations towards the industry. As I noted above, it would be irresponsible not to take advantage and transform our natural resources, starting with talent, while in other parts of the world are working really hard not to lose the opportunity to meet an increasing demand. 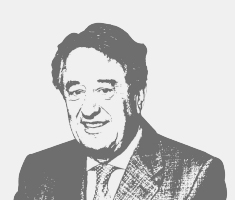