In Latin America, natural resources are, undoubtedly, a blessing. Yet, in order to turn them into benefits for the country, and not a curse, its exploitation must be accompanied by a set of appropriate public policies. Historically, Latin American countries have been blessed by natural resources abundance, but have been hindered by the curse of bad and inappropriate public policies.

Knowing the economic and social circumstances surrounding the use of natural resources is essential for proper decision-making, as stated in the Latin American Campus, recently presented by Infolatam, UNIR (International University of La Rioja) and d+i LLORENTE & CUENCA.

Indeed, Latin American could be considered as a blessed region thanks to its natural resources, which have become a great asset and a qualitative advantage: it has 20% of the global forest areas, a third of the global arable areas and freshwater reserves, 31% of the world’s biofuel production, 47% of all the copper production and 48% of the total soy production.

These figures are impressive by themselves. But it should also be noted that Latin America has 65% of the global lithium reserves, 42% silver, 38% copper, 33% tin, 21% iron, 18% bauxite and 14% nickel. Their oil reserves are noteworthy as well: Latin America has a third of the global bioethanol production, almost 25% of biofuel and 13% of oil.

Latin American is a blessed region thanks to its natural resources, which have become a great asset and a qualitative advantage

But this blessing has traditionally been accompanied by a series of curses: excessive volatility due to low exports diversification and high dependence on raw materials. This dependence of the region regarding raw materials is still very high (over 50%), although it dropped from the 86% recorded during the 70s. In 2010, for example, almost 25% of the tax revenues of countries within the Latin American region were from raw materials, compared to the 9% of developed countries.

Therefore, the key to turning this abundance of natural resources into the pillar of sustainable development, healthy economic growth and their externalities contributing to a more equal society with less poverty depends on a strong political will to exploit, in a rational way, the natural resources.

During this golden decade of Latin American growth (2003-2013), natural resources have been the link between growth and equity, since the economic growth and abundance of resources helped develop highly expansionary social policies. But this cycle has not been used to build more productive economies or to raise the competitiveness of the regional economy.

The region lacked political will and a broad socio-political consensus at national level between the main forces and parties, in order to design a true state policy regarding the exploitation of natural resources. The ultimate goal is to create and defend the “country-project” from any electoral conjunction and partisan or sectorial interests. 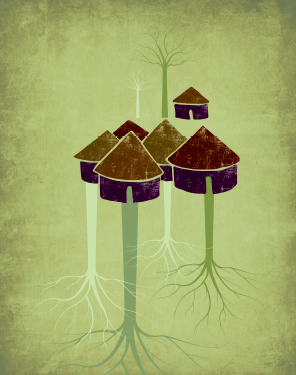 Thus, diversification and modernization are the foundation on which efficient economies should be built, environmentally friendly, productive and competitive whose exports (based on natural resources or manufacture) have a high added value and are governed by sound public policies regarding debt and public deficit levels.

Countries such as Brazil, Mexico, Chile and Peru, among others, have economies that are marked by the use of their national resources. After the global crisis of 2008-2009, Latin America is handling the economic storm in a relatively good way.

The key factor was the Asian connection. Latin America is rich in natural resources. And the Asian countries, particularly China, are major buyers of raw materials. China’s consumption of copper, soy and oil, among other commodities, has raised the prices.

The rise in commodity prices helped Latin American countries to increase foreign reserves and reduce usual fiscal imbalances, creating a virtuous cycle of economic growth. Nevertheless, Central American economies and most of the Caribbean countries, net importers of commodities, have been negatively affected by the price increase.

Consuelo Álvarez de Toledo
Director of Infolatam
She is the Director of Infolatam, the main online platform for information, opinion and analysis about Latin America and Director of Campus América Latina. She is graduated in Law and Journalism. She worked in Actualidad Económica, Cambio 16 and El Socialista. She was a political correspondent in the constituent assembly for Agencia EFE. She was an analyst of Spanish politics in various media: daily newspapers (El Mundo and ABC, among others), weekly newspapers (Tiempo) and radio and TV programs (Antena3, COPE, Tele5, RNE and TVE). She was Defender of Spectators in Antena 3 and a member of Radio Televisión Española’s Board of Directors. She has published two books: Vida de mi vida, confidencias de jóvenes abuelos (2003) and 4 días de marzo: de las mochilas de la muerte al vuelco electoral (2004), Editorial Planeta. 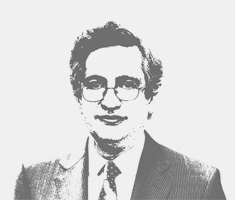