The business of Natural Resources all around the world and, specifically in Latin America, has become the main focus of interest for international investors. However, if it is not smartly managed, this interest could become a “fatal attraction” since it can result in a growing level of local conflicts that can eventually be hard to control and which can jeopardize these projects.

Mining and oil-producing Latin American countries have become the main strategic partners of State-owned enterprises of these sectors in China, Canada, United States and England within the Region. In fact, Latin America has become the most important Region in the world in terms of attraction of mining investments. By 2020, the estimated investment figures will substantially exceed the current investment, which is already very remarkable.

Although these investments offer a potential for wealth creation in the countries which receive them, many opposing groups are emerging, such as the native population, some indigenous groups, environmental associations, local enterprises or strong NGOs who are concerned about the immediate and strategic impact caused by these companies in the extraction areas regarding the environmental, cultural, healthcare and social field. 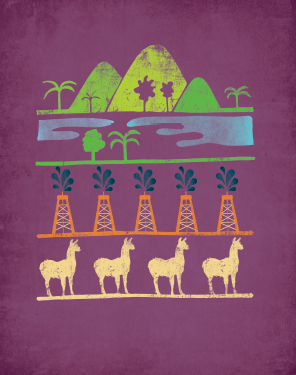 In recent years, the social conflicts arising from big extraction projects in the Region are spreading the virus of mistrust among local populations in particular and citizens in general, to the extent that they are going beyond the initial origin of their protests and gaining strength as true legitimate actors in order to take part in the national political process.

In this scenario, the main challenge of the investment companies in Natural Resources in Latin America is to harmoniously foster their economic and strategic relations, without forgetting the necessity of doing it according to a policy of sustainable development, transparency and social engagement for the region. In conclusion, new business models of shared value must be created with all local stakeholders.

In this UNO16 we analyse the context of the utilization of Natural Resources in Latin America as well as the risks and conflicts that may arise from them and in what extent governments are responsible for finding the solution to these potential conflicts.