The economy’s ‘software’ and ‘hardware’

When asking an economist what makes a country richer than others, he answered the so-called “production factors”: if a country has a physical capital (natural resources), human capital (good education), technological capital (research, development and innovation), financial capital (reserves) and a good geographical location (there is a difference between a desert and a coastal zone). This can be called the economy’s hardware. In recent years, a software has been included by economists to analyse the situation of a country. This software is the quality of the regulatory framework: having good institutions. One of the last reference books that have been published about this issue is the much-quoted Why Nations Fail, editorial Deusto, by Acemolgu and Robinson.

Latin America is divided into three different regions: South America, Central America and the Caribbean. During the last decade, a very significant process of social mobility has been experienced mainly in the first region (although the trend represents the whole). In general terms, this process has three complementary characteristics: first, moderate poverty was reduced from over 40% to around 30% of the population; second, most of the poor people who obtained a higher social status did not directly join the middle class but rather they joined a mid-way group between poor and middle class, which the World Bank has called “the vulnerable class”. This group is currently the largest social class of the region although it is quite unstable since its members go back to low class or join the middle class depending on the economic situation. Finally, the middle class grew significantly: from more than 100 million people in 2000 to more than 150 million today.

Among the reasons of this intense social mobility, the physical capital of a country has great relevance, in other words, its natural resources; for example, one third of freshwater reserves and 12% of the world’s cultivable land; one third of the global bioethanol production, around 25% of biofuels and 13% of oil; 65% of lithium, 49% of silver, 44% of copper, 33% of tin, 32% of molybdenum, 26% of bauxite, 23% of nickel, 22% of iron and 22% of zinc reserves; 48% of soy social production; 21% of natural forests surface, abundant biodiversity, etc.

The exploitation of natural wealth which other regions in the world seek since they lack them, requires a reduction of other weaknesses of the area: countries must face the challenge of attracting and investing in an efficient way the extraordinary income obtained from natural resources, with criteria of social (given that they maintain their extraordinary levels of inequality) and environmental sustainability (growing awareness in the entire territory about the effects of climate change). This is where the new software of the region’s economy appears: institutions. According to the Economic Commission for Latin America and the Caribbean (ECLAC), a United Nations body, institutions in Latin America also need to be strengthened in order to achieve at least four objectives: an increased progressivity in the State’s participation in attracting income for exploitation of natural resources during boom cycles, given the magnitude and persistence of the current cycle of international prices of primary goods; to preserve, at the same time, the dynamism of private investment in natural resources, avoiding tax competition between countries in the region; efficient public investment of the income obtained in fields such as education, health, infrastructure, research, development and innovation and its equitable distribution within all levels of government and social groups; and finally, to institutionalize the anticyclic macroeconomic management as compared with the volatility of cycles of international prices and capital flows. Efficiency and social cohesion go hand in hand.

In short, given how vast Latin American natural resources are, the region will have a unique opportunity if the macroeconomic management mechanisms are institutionalized to face the volatility of international price cycles with three conditions: an active development policy which allows greater linkages for natural resource companies to be engines of productive convergence; a bigger progressivity in the State’s participation in the income obtained from the exploitation of natural resources; and an enhancement of the public management of environmental conflicts that are emerging.

There is no good hardware without a good software. 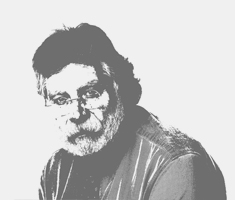 Joaquín Estefanía
Director of the Journalism School of UAM/El País
He is a journalist and economist. He was the Director of the newspaper El País between 1988 and 1993, also heading the opinion section. He has run the “Informe sobre la Democracia en España” (Democracy in Spain report) in Fundación Alternativas for eight years. He has written twelve books, the last of which is La economía del miedo (The economy of fear). He currently runs the Escuela de Periodismo of the Autonomous University of Madrid/El País and the Jesús de Polanco Chair for Ibero-American Studies.