Can Diplomatic Communications reach the 3.0 Web?

For many centuries, relations between countries have been controlled by governments and national authorities (and, in some cases, by big national companies). The diplomats who were in charge of these tasks created their own language and actions that work rather well. This includes, for example, diplomatic notes, a diplomatic pouch and the agreement of the recipient country for new ambassadors and the privileges and immunities necessary to address sometimes sensitive issues. Moreover, diplomats of all countries share common experiences (the uncertainty of moving with their families to unknown places, the threat of terrorism, the challenge of learning new languages…) which unites them and creates a family environment that favours the official communication as well as personal relations lasting decades of professional life.

In the last thirty years, especially during the last decade, this situation changed significantly. The most dramatic and important change is the involvement of new actors in the relations between countries and peoples. This is partly due to the maturing of democratic systems in which citizens have more influence in national policies and are personally involved in humanitarian actions that become a milestone in their ideas about the role of their country in the world. Another decisive element was the dissemination of more information on the Internet and the use of forums to express their opinion and, increasingly, to suggest actions and collaborate in solving existing problems. The most recent example is the global rejection through social media of Boko Haram’s abduction of girls in Nigeria which made several governments send advisors to supplement the efforts of the national government.

The aforementioned changes present challenges and opportunities for chancelleries. These challenges include listening and introducing more opinions from non-traditional sources in the national policymaking process but also provide these new audiences with reliable and relevant information. Channelling new ideas, information and collaboration offers in a productive manner can be difficult for traditional institutions which are not structured to receive these inputs. Yet, they also offer new opportunities to show the national audiences the value of diplomatic work and its influence in their lives and in national prosperity. Also, the potential capacity of having the experts’ talent and knowledge in matters of national interest could be an important support for any country.

The 3.0 web is just one of the many challenges we diplomats have to face

The chancelleries’ traditional style of public communication is quite formal for understandable reasons. When someone speaks on behalf of his country, it is normal to be cautious and even prudent, since the consequences that an unfortunate sentence might cause are much more dramatic and long-lasting than for a private citizen. 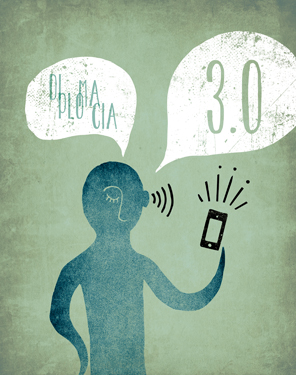 As an U.S. Ambassador in Peru, which was my last destination, I learnt much about this new reality. We must accept from the beginning the risk that might arise when someone publishes more information than usual or details that are normally kept secret. The advantage of this is a more authentic communication and the ability to give more personality to the new audiences and finally project a new image of the diplomatic world to the general audience. If we achieved this objective, we would obtain several and important benefits such as more support for our mission, better relations among peoples and a better understanding of the fact that there is more that unites us than divides us.

It is therefore a good idea to designate a member of the “native digital” generation (who do not know a world without digital connections) as a spokesperson for this purpose. Once their representative has been designated, he/she must be given the freedom of innovating, though within the agreed limits. Some issues will be so difficult or variable that they will have to be separated from this activity. At some point, it could be convenient to address a controversial issue in social media but this can only be done by decision of the leader. Audiences of interest and their environments must be identified and messages appropriate to them should be developed. For instance, traditional press statements do not work on Twitter. The message can be the same, but it has to be modified in order to be accepted by users. These means have many images, both pictures and videos that disseminate information of general interest. In our case, we had to teach everyone, including myself, how to use digital cameras and ask for pictures to be taken of each activity. Within a few months, this will be normal, natural and even fun.

As diplomats, what we mainly do is to learn and to adapt to new environments, situations, topics and contexts. The 3.0 web –a set of interactive platforms– is just one of the many challenges we have to face. There is a whole world out there and it will continue to spin with or without us. Imagine how much we can help to enrich it! 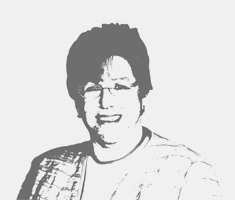 Rose M. Likins
Retired U.S. Ambassador
As a Diplomat in the U.S. Foreign Service, Rose Likins focused her activity in Latin America and she worked in Mexico, Paraguay, El Salvador and Peru, in the last two as an Ambassador. She lived the coup that removed Stroessner from power in Paraguay and the 2001 earthquakes in El Salvador but she fell in love with Latin America and its strong optimism towards life. She has been an advisor in the private sector since she retired in 2013.