When undertaking a fictional intellectual journey back in time through the combined effect of the careful reading, on one hand, of the elegant work The Crimean War (2011) by the excellent British historian Orlando Figes and the coverage, on the other, of the current crisis that ravages Ukraine through, to name a few, the images of the meeting held in Geneva between the United States Secretary of State of America, the foreign ministers of Russia and Ukraine and the High representative of the Union for Foreign Affairs and Security Policy distributed through the Twitter account of the former at the beginning of the meeting, the position of Prime Minister of Russia Medvedev through his Facebook wall, the operational plans of the Head of Council for Ukrainian National Security, again through his Twitter account or the live coverage of news released through socialization channels of the BBC, Russia Today or the CNN, for example, is a fascinating way to understand how greatly has the practice of diplomacy changed and how little has the world changed. Yet, some of the actors of the current context are, obviously, different to the ones that played important roles fifty years ago, although many strategic national interests remain unchanged.

And among many of the ironies that mark this context, the Easter of this year stands out, as the Orthodox rite and the Latin one coincided, in the same way they did in 1846, year in which the narration of Figes commences, in the context of the coincident celebrations in Jerusalem.

Undoubtedly, diplomacy is the art of representation, negotiation, protection and promotion of the interests of a State against a third party. It is a solid professional activity, as old as the relations not only between nations, but cultures.

The art of mediation and representation now seems more necessary than ever before due to the concatenation of changes in the context. The current crisis has shown the growing economic interdependence and the impact that international economic relations have. Many actors have emerged in the international arena. Not only BRICs or double MITs but also, cities, corporations or citizens are now key actors in the decision-making process.

Markets are dynamic and the times are shortening, so that newcomers have opportunities to come close to the leadership positions rapidly.

A key point of this globalization is that newcomers do not want to wait their historical time but want to reach the leadership position in Europe or the United States immediately. 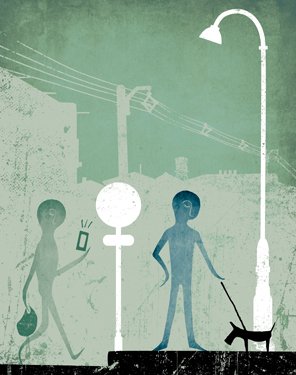 Of course, the revolution of the information and communication technologies has contributed to these changes: it has empowered citizens, created new global players and disintermediated countless processes of dialogue, negotiation, influence and decision making.

Considering this situation, it is time to think how the diplomacy of the current century will develop.

Foreign Ministries have lost the monopoly of foreign action, although their means and experience on the field shall be essential assets for the implementation of strategies. Diplomats, who will require new professional skills adapted to the digital and competitive environment, will continue with their activities. Many activities will require their intervention and direct influence: consular services, bilateral relations, conventional diplomacy, development cooperation, cultural action and many more.

Three features seem essential in the immediate future regarding the needs of national representation and influence: immediacy, visibility and direct interaction of citizens. The recent crisis in Ukraine, the creation of Zunzuneo in Cuba or the debate regarding global governance on the Internet reflect a new agenda of diplomatic activities. In short, a qualitative leap towards the removal of borders and the enhancement of international relations.

The academic literature has already accepted the idea of a network diplomacy, i.e., the one that expands the number of players and affairs managed by diplomacy and the power configuration in the international arena.

There are many examples: the European Union or the Council of Europe, but also, the management of development cooperation, public health, climate change, counterintelligence, human rights promotion, defense of freedom of expression or scientific relations need the international networks.

Network diplomacy calls for a strategic rethinking in relation to resources, processes and, above all, values

All foreign policy objectives can take advantage of the networks to achieve its goals.

Let us analyze the work network of Nordic countries in relation to the defense of the economic and cultural model. A network of countries that seeks to enhance governance in Internet, with Brazil and Sweden leading, is slowly becoming a reality. Other diplomatic networks seek to share resources and reduce costs, as occurs with the European External Action Service. The Latin American Summits are an archetype of empowerment networks that need to rethink their closed model and make way for a more comprehensive one. And there are many more examples.

n short, network diplomacy calls for a strategic rethinking in relation to resources, processes and, above all, values. Metaphorically, embassies with fewer wires, but more connected are needed, since relations with the society, the networks and social capital are the true competitiveness and differentiation sources and, therefore, the leadership source of the present century. It seems unlikely for an isolated diplomatic representation to generate value in many issues.

Apart from network diplomacy, club diplomacy is still present, the one that represents and negotiates behind closed doors, with other tools, more precise or bilateral.

The negotiations on Syria by the Islamic Quartet or the Security Council of the United Nations are good examples.

Reputation, influence and credibility are now the foundations of the diplomatic activity

Therefore, it is not a matter of opposing one another, but taking advantage of the innovation opportunities within diplomatic relations. In this context, public diplomacy is a source of competitiveness and differentiation.

Special mention must be made of digital diplomacy. Probably, because such thing does not exist. What exists is a diplomacy that takes places within the digital domain and uses the Internet and new media to achieve its goals.

This is interesting because the demographic change is slow but unstoppable: 45% of the global population is under 26. Secondly, because the networks have created new influences, whose action is reflected through mobile phones, blogs or Twitter accounts. Being out of this online conversation weakens capabilities. On third place, because the digital affairs agenda is acquiring a gradually growing geostrategic importance. Net neutrality, the protection of individual rights and cybersecurity are issues that require taking a stance. These challenges cannot be ignored.

The environment has created an unsolvable trilemma. The dilemma between freedom and security is as old as international relations. The second dilemma is the one that regulates the balance between transparency and confidentiality. Leaks, investigation journalism, citizen empowerment and intelligence services compete for the same interests. This is at odds with massive espionage. The third element is the freedom of expression. Are we willing to protect journalists who work online against authoritarian regimes? Can we publish and republish cartoons that are offensive in a country and in others a mere joke? In open systems, criticism is the foundation of public opinion. This approach forces us to choose between one of the two options and prioritize one of the three variables. It is an irresolvable internal contradiction.

Democratic systems have to respond respecting their values and adapt the solutions to the complexity of an interconnected global scenario.

In line with the concept of network diplomacy, Foreign Ministries need to accept that they cannot control the timing and processes. Hierarchies need to combine with the virtues of the networks. If we accept that sharing is power, the Ministry has to become a node, the main one, in relation to international affairs and relations. It is through him that regulatory power and activity must flow, yet he needs to share and redistribute responsibilities and functions. Surfing the web in an isolated way is meaningless.

The same is true of diplomats, whose activity is now more public than ever before. They are tweeters, they are in the media and they have understood how they need to customize international activities. They are the new conversation facilitators and excellent representatives of the interests of the states to third parties. So far, in the club model, we knew the dynamics and scope of their duties. However, now it must be considered how to continue with the same work in a more competitive and open environment.

There is room for innovation by expanding the analysis capabilities and skills. Recently, The Economist reflected the thoughts of British Ambassador Tom Fletcher: could we have been better prepared for the Arab Spring if we had discovered the hashtag #Tahrir before? It reflects well the necessity of being able to understand new information sources.

Reputation, influence and credibility are now the foundations of the diplomatic activity. It is time to think about how personal contact is reconfigured, where trust and contact quality is shown, in this new context. Following the excellent statement of Edward R Murrow, it is in the last three feet where everything is at stake. And those last three feet now have shoes, mobile phones, social networks, non-regulated forums, international televisions and many more challenges.

In short, we are living an interesting era for diplomacy. As Cernuda would say, it is the moment to move from desire to reality. 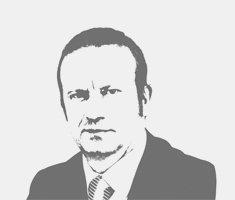 Juan Luis Manfredi
Journalism Professor at the University of Castilla-La Mancha
Professor of Journalism in the University of Castilla-La Mancha and he collaborates with the economic newspaper Cinco Días. He is the main researcher of the Mediadem project in Spain, which is financed by the European Commission and which studies communication policies and democracy in fourteen European countries. He is the author and co-publisher of the book Retos de nuestra acción exterior: Diplomacia pública y Marca España (Challenges of our external action: Public Diplomacy and Marca España) recently published by the Ministry of Foreign Affairs and Cooperation together with the Diplomatic School (Spain). @juanmanfredi 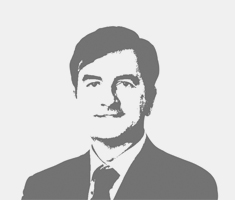 Jorge Cachinero
Corporate Director of Innovation in LLORENTE & CUENCA
Corporate Director of Innovation in LLORENTE & CUENCA and Professor at the IE Business School of Madrid, where he obtained his Executive MBA. From 1999 until he joined the firm in early 2011, Jorge was the Director of Corporate Affairs and Communication for Japan Tobacco International in the Iberian Peninsula (Spain, Portugal, Andorra and Gibraltar). Before that, he was the Director of Government Relations and Public Affairs in Ford Motor Co. and the Secretary of its Board of Directors for Spain and Portugal. @Jorge_Cachinero