Diplomacy as a professional activity in the XXI century

IDEASUNO MagazineDiplomacy as a professional activity in the XXI century

Let’s refer to current Diplomacy and its usefulness in the light of the present context. Let’s use a definition because it is always useful to understand and to shape this issue. Diplomacy consists on “the actions carried out by the States in order to avoid the relations between them to be built mainly on pressures, the use or threat or use of force”. This is a rather “realistic” definition. It assumes that the international system without a diplomatic “instrument” would be a sort of “forest” where the stronger always and unavoidably prevails over the weaker. On the contrary, an “idealist” would say that: “Diplomacy is the way to manage foreign issues by peaceful means, namely negotiation, consensus and commitment”. This view rejects the use of “pressures” and contends that a negotiation process, regardless of the dimension of the actors, must be a “win-win” situation. Obtaining their share of the “cake” in the discussion is essential for idealists since it is the factor that guarantees the sustainability of any diplomatic agreement between countries.

According to idealists, whose point of view is, in my opinion, the most widely accepted, if there are no reciprocal benefits, the losing party will, sooner or later, start to create difficulties which would affect the regional or international system and would cause instability and uncertainty. These circumstances are very negative since they impede the development of friendly and cooperative relations, which are essential to peace in accordance with the provisions of the OAS Charter and the UN Charter. These would also be the less favourable scenarios for diplomacy given that it is very difficult to modify an inequitable agreement since it requires time and sometimes fundamental changes in the “power equation” among actors. All this leads to tensions that set aside dialogue and entails useless “political posturing”.

Notwithstanding the above, the most relevant thing today is the complexity of diplomacy, in view of the large number of actors involved who, in addition to sovereign entities such as the States, includes non-State actors with international legal status, such as International Organizations (UN, OAS, FUND, BANK, WTO, etc.), to legal non-State actors such as big multinational companies and NGOs (Greenpeace among others) and, finally, illegal non-State actors, such as drug trafficking and terrorism whose activities take place beyond national borders.

This set of factors, apparently indefinable as a whole, has led the current diplomacy to seek new ways of classifying and concentrating all these global phenomena in order to facilitate their “handling” in a non-traumatic way and within the existing and recognized rules. We are talking about “global governance”, which I shall try to describe as follows: “A concept which combines diplomatic efforts/actions between State and non-State actors of the international system with the purpose of reaching solutions to crucial issues through negotiation, consensus and commitment. This concept, given its nature (governance), excludes coercion and the unilateral use of force and is based on international law and international institutions. Global governance does not require “uniformity”, but does require an accepted and implemented lowest common denominator (both things might seem similar but they are completely different) in issues related to human rights and fundamental freedoms on the part of the most powerful actors of de system” (See Paper presented at the meeting of the Council on Foreign Relations (NY), Comexico and Fundación Gertulio Vargas, Mexico City, on 22/26 November 2013).

The new universe towards which global governance intents to be directed is the one suggesting the necessity of an update of the diplomatic method. Non-State actors, whether legal or illegal, their influence in the governments’ decisions, instantaneous communications and information, the international spread of governments’ agendas, the frequency of the “Summit diplomacy” as well as the irreversible deterioration of confidentiality caused by technology are all the factors that have a strong impact on this recent reality. However, none of these factors directly imply less diplomacy or less specialization. (Pretending that the “Summit diplomacy” replaces diplomacy and diplomats is a way of saying that the Summit diplomacy makes economists unnecessary because Presidents also speak about economy). To a lesser extent, the automatic obsolescence of the body of customary law as well as multilateral and bilateral international conventions which regulate the mechanisms of diplomacy. On the contrary, it would be a serious mistake to think that instant press communications, improvised officials or the spread of State expressions (each agency has its own agenda) will help improve the international arena and strengthen links between countries. 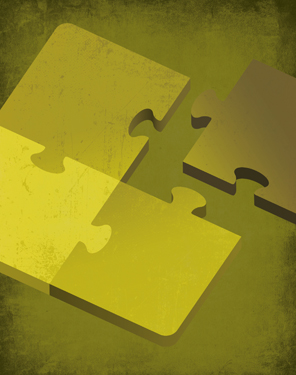 Obviously, we should not ignore this reality since it cannot only be controlled with rules. Thus, the current diplomat must assume all these circumstances and always be uniquely well-trained and especially aware of the current affairs of the country in which he is accredited but also of his home country and neighbouring countries. This knowledge will allow him to centralize and coordinate the interest flow, address the local factors that affect political, cultural and commercial requirements and which are the amalgam that strengthens all serious and stable relations between countries. Only a professional Ambassador can smartly know what is happening in the committees of the local Parliament and other government agencies, where administrative measures are decided which imply either an important benefit or a momentary loss. This, along with the daily contact with local media, cannot be achieved from an office located kilometres away. It can only be achieved with a daily presence, a serious contact and the adequate personal and social qualities and, particularly, with the collaboration and initiative of the spouse, which is usually a determining factor of the success or failure of a diplomatic action.

Therefore, stating that the world “shrank” because of communications and easy contacts would be another mistake. The world has not become smaller. In fact, the world “has significantly expanded” for the diplomatic activity so far in the 21st century. This is due to the existence not only of more sovereign countries but also of more organizations, actors and therefore, more complex relationships and interrelationships.

The aim is thus to determine if the above definitions of diplomacy are now obsolete and if diplomats as such are no longer needed. My conclusion is that in an increasingly complex and interconnected world, whose safety risks are now more patent than during the Cold War and with obvious high social deprivation that knows no borders or continents, highly qualified professionals in the field of peace, non-intervention, non-use of force and mainly the peaceful resolution of international disputes will become increasingly necessary. The perception of “realists” and “idealists” about the diplomatic activity is still valid, albeit in a different and more demanding context.

In conclusion, I believe that, with the appropriate adaptation to these realities, the diplomatic profession is not at risk. 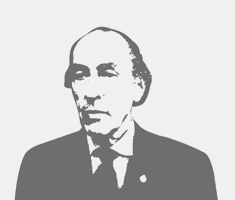 Fernando Petrella
Ambassador of Argentina
Ambassador Fernando Petrella is a lawyer and notary public and he studied in the National University of Buenos Aires. He completed a Master’s Degree of International Public Policies at John Hopkins University (SAIS) in Washington DC. He joined the External Service in 1965 and he was stationed in the United Nations, FAO and OAS. He was the Director of International Institutions, Western Europe, Assistant Secretary-General for Foreign Relations in 1992-1993 and 2002-2003. He was the Deputy Minister for Foreign Relations from 1992 to 1997. Between 1997 and 1999, he was a Permanent Representative to the United Nations and later he was the Director of the Masters in International Relations in the University of Belgrano, Buenos Aires. He is currently a Professor at the Argentine Foreign Service Institute. Ambassador Fernando Petrella is a member of the Executive Committee of the Argentine Council for International Relations (CARI) and he usually collaborates in the main newspapers and publications on foreign policy issues.