Diplomacy as an instrument for the internationalization of SMEs

IDEASUNO MagazineDiplomacy as an instrument for the internationalization of SMEs

The acceleration of a process of internationalization of Spanish companies in recent years has had an important impact especially in SMEs, whose exports almost doubled between 2011 and 2013. Nevertheless, the internationalization of Spanish SMEs still needs a greater boost to catch up other countries’ level, such as Germany. As the Spanish Government is aware of this, it is trying to achieve that level with its recent strategic plan of internationalization of the Spanish economy 2014-2015 (Plan Estratégico de Internacionalización de la Economía Española 2014-2015). This Plan promotes the role of diplomacy as an instrument to “strengthen the support given to Spanish companies in their activities abroad through Diplomatic Missions”.

The Appendix of the aforementioned Plan, devoted to the MAEC’s involvement, refers to the role of Diplomatic Missions in the enterprise internationalization, with an emphasis on the support “in all the activities abroad, tenders, etc. by informing, accompanying and taking the appropriate steps with the countries where they are allowed to operate in order to favour the operations of the Spanish companies, as well as stimulating the interests of these countries’ companies to invest in Spain”. And regarding SMEs, it states that: “special mention should be made to the support to small and medium-sized enterprises, especially in those areas where there is no Economic and Trade Office at the same venue”.

A particular example of these Diplomatic Missions is included in the competitiveness and retail business support plan (Plan de Apoyo a la Competitividad del Comercio Minorista) specifically for SMEs of the tourist industry. This plan insists on the same idea “the network of embassies and diplomatic missions abroad, along with the Tourism Office, will contribute to the diffusion of these new actions to promote the image of Spain as a tourist destination.”

Furthermore, the Government is clearly changing diplomacy into an instrument at the service of the enterprise internationalization, as set out in the Spanish external action and service act (Ley de la Acción y del Servicio Exterior del Estado – LASEE). However, the main conclusion drawn from the analysis of this article is that this Act does not distinguish between companies of different sizes and SMEs are not explicitly mentioned.

The Ministry of Foreign Affairs and Cooperation is sending out a clear message of support to the internationalization of SMEs through the economic diplomacy. The Minister himself, José Manuel García-Margallo, in a recent visit to Zona Franca in Barcelona, stated that the Spanish diplomatic representation supported Catalan SMEs. Apart from the obvious political content of this article, this is a statement of intentions that has been expressed in other interventions of the members of the Ministry.

The two keys for SMEs to expand in the foreign market are: to act as providers of the big companies that are already internationalized or to build partnerships with competing companies in order to share costs

This trend started to be seen during the XXII Ibero-American Summit in 2012, held in Cadiz. One of the agreements signed was the creation of an Ibero-American Charter of SMEs, as the first step to promote the establishment of SMEs in other countries of the Ibero-American Community.

Few months later, in the conference “Synergies between the Spanish economic diplomacy and the Spain Brand strategy” (Sinergias entre la diplomacia económica española y la estrategia de Marca España) held in February 2013 in the Camilo José Cela University. According to the Deputy Director-General of Economic Diplomacy, Pilar Serret, one of the most remarkable activities that are currently being developed is the “strengthening of the external network for internationalization support in cooperation with the Secretary of State for Trade”. This point refers to SMEs as the main beneficiaries of this network, which encompasses around 200 consulates and embassies and whose staffs are trained in trade and investment. 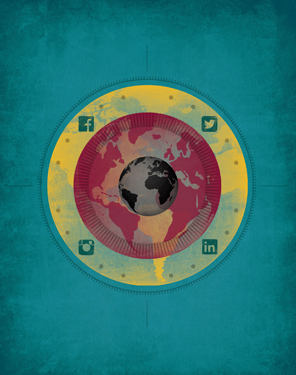 The importance of diplomacy of the internationalization of SMEs became evident after a representative of the Ministry of Foreign Affairs and Cooperation joined the National SME Council, created on 5 December 2013.

That same year, the Adviser to the Minister García-Margallo, César Vacchiano, announced in a conference in Casa Mediterráneo in Elche on the 11 March that SMEs will have an external projection by means of the actions the private sector will carry out with guarantees of success: on one hand, by providing Spanish big companies that are already internationalized with its products and services and on the other hand, by building partnerships with other competing companies with the purpose of increasing their size and sharing the costs of foreign markets.

The most recent milestone was the Free Trade Agreement between the European Union and the United States, still at the negotiation stage, which also takes into account the importance of SMEs. In fact, the last round of negotiations in March concluded with a document focused on small-sized companies analysing the ways in which they could benefit from the agreement.

With this clear economic approach, public diplomacy returns to its historic roots as a facilitator in trade. This entails not only the support of the SMEs’ internationalization but also the culmination of a slow and discontinuous process of modernization of the diplomacy, which had started at the beginning of Felipe González’s administration. 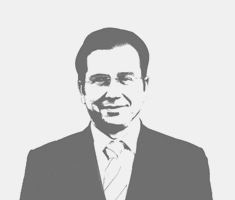 Francisco Jesús López
Managing Partner of PR Plannet
Managing Partner of PR Plannet, an agency specialized in the application of marketing and communication to foreign trade and corporate internationalization. Prior to this, he was the Director of External Communication of the German Chamber of Commerce in Spain. He completed a Degree in Advertising and Public Relations in the University of Seville and a Master’s Degree in Business and Communication Management in IE Business School. He has worked in communication and advertising agencies (Citigate Sanchís –currently Grayling-, D&F Imagen y Comunicación, Talante de Comunicación), as well as in communication and marketing corporate departments (Viessmann, Andalucía ORYGEN).