For many years, Colombia was doomed to repeat a history marked by the blood of hundreds of victims that suffered the effects of violence, drug trafficking and rampant crime. Nowadays, our country has managed to reinvent itself and as the Macondian creativity of the Nobel Prize winner García Márquez masterfully described, it is now experiencing a virtuous cycle. International agencies applaud the efforts in the fields of investment growth and security; the Government’s objective of reducing inequality made it possible for 2.5 million Colombians to overcome extreme poverty; inflation decreases while the employment rate grows, our institutions have proven to be solid enough to cope with the daily political problems and the decision by President Juan Manuel Santos of seeking the peace are just some examples of the good times our country is experiencing. These positive transformations have contributed in a significant manner towards a change in relation to the foreign perception of Colombia.

Nowadays, our country has managed to reinvent itself and as the Macondian creativity of the Nobel Prize winner García Márquez masterfully described, it is now experiencing a
virtuous cycle

The decade of the 90s was turbulent in relation to public order. Paradoxically, while drug trafficking bombs exploded, a bunch of young idealists believed that a new constitution would entail the first political transformations for a post-modern Colombia. The country took important steps towards a democratic and political system. The plural society that was recognized back then allowed our country to foster an incredible exchange of ideas and opinions, which resulted in an effective capacity to reform the country. It was a society that started recognizing its potential, to develop freely, aware of its rights and always at the forefront to defend, strengthen and expand them. 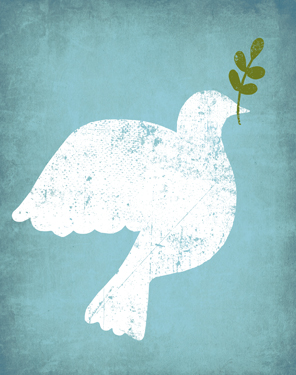 The first decade of the XXI century was marked by a process in which the country began to regain confidence in itself. Gone are the long crisis in which many people thought that the country would not be viable. Territorial control was recovered, the presence of the State in great territorial areas was retrieved and a constant economic growth cycle started a leap from a non-viable country towards a promising nation as a famous newspaper defined it.

This cycle of recovery was particularly important in Spain. Naturally, the great historical and cultural links encouraged many Colombians to choose Spain as their new residence. This community, with determination, honesty and huge efforts gained its space in the Spanish society and are nowadays recognized as potential partners and industrious workers.

This Colombian society, which is expanding in the cultural, political and economic fields (among others), has become a generator of good news, successes, opportunities and, in general, an interest attractor of positive elements. The Colombian soft power is slowly becoming important. This soft power, part of the “New Public Diplomacy” is closely linked to the synergy between the internal situation of Colombia and the outside.

In addition to the immortal images of Gabriel García Márquez and Juan Valdez, ambassador par excellence of Colombian coffee, Falcao or Bacca’s goals in Seville have dazzled many Spanish football supporters, Colombian cyclists add sparkle to the European Tour and help us dream of the massive and majestic Andes, Santiago Giraldo, Roberto Farah and Juan Sebastián Cabal confirmed their potential in the Tennis World after their excellent performances in the Madrid Masters and Barcelona ATP, the songs of Juanes, Vives and the dances of Shakira have proven that Colombia is definitely not lacking talent and creativity and, why not, the crowds of people buying Nespresso coffee coming out of the shops with bags with the design of the well-known Colombian coffee grower help the country be more relevant in the life of Spanish and European citizens.

The current Colombia is a great generator of good news; Colombians are taking over control of the nation and taking this positivism abroad

The Spanish language which many consider was very preserved in Colombia has been without a doubt one of the engines that boosted Colombia. The country of García Márquez, is the same territory of Florentino Ariza and the place where Milagros one day flew to heaven. It is the unknown region where Colonel Aureliano Buendía was almost shot or where the genius Melquíades came every year to show new inventions. It is in that Colombia of forty-seven million compatriots where the magic and reality have coexisted leading many lovers to think the unthinkable thanks to García Márquez. Yet, Colombian literature is more than Macondo. For some decades, a new generation of talented writers is starting to become relevant, thanks to their works which narrate the violence giving voice to the victims, as the masterful work by Héctor Abad Faciolince El olvido que seremos (The oblivion we will be), Santiago Gamboa reflects his experiences in Madrid, Paris or New Dehli in books like El síndrome de Ulises  (Ulysses Syndrome) Juan Gabriel Vásquez makes a journey to the past in novels such as Historia secreta de Costaguana (Costaguana’s secret story) or El ruido de las cosas al caer (The sound of things when falling) and Jorge Franco describes his hometown, Medellín, in El mundo de afuera (Outside world), a novel that was awarded with the Alfaguara award. As García Márquez would say, there is a broad range of authors prepared to take the helm of Colombian literature.

The current Colombia is a great generator of good news; Colombians are taking over control of the nation and taking this positivism abroad. The future Colombia, the post-conflict, peaceful nation will be able to rebuild what was destroyed and heal the wounds by applying peace and reconciliation initiatives such as the one implemented in the town of El Salado. It will be an inexhaustible source of new Public Diplomacy soft power, talent and optimism. A Colombia that thanks to the arts, whether paintings, letters, the academic world, sports or music shall be able to rethink and reflect on their past, present and future in peace.

We will continue building a future based on the trust, creativity and innovation that our nation currently transmits to the global world. 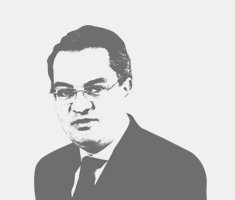 Fernando Carrillo
Colombian Ambassador to the Kingdom of Spain
Colombian Ambassador to the Kingdom of Spain since November 2013. Interior Minister of the Colombian Republic (2012-2013). Lawyer and economist partner of the Pontifical Xavierian University in Bogotá. He completed his Master’s Degree in Law and Public Finance in Harvard University and in Management and Public Policies in the John F. Kennedy School of Government in the same university. He promoted and led the “Seventh Political Voting Paper” movement, which led to the creation of the Political Constitution of Colombia. In 1991, he was Presidential Advisor, Constituent and Minister of Justice during César Gaviria’s administration (1990-1994).