The countries’ good reputation is necessarily associated with the seriousness with which they have coexisted in the International Community, especially with the coherence shown in their compliance with the agreements signed and their behaviour as reliable countries when establishing public policies, either internal or external.

This is particularly true when these policies show consistency with internationally-agreed values such as freedom, the rule of law, good governance and the respect for rights that are generally accepted.

The reputation of countries has an unavoidable relation with their duties but it sometimes happens that, even though they did their homework, the public opinion is influenced by sensitivities or scenarios that distort the good name of a country.

In the communication world, which has nowadays many links and participants in the maze of social networks, many communicational experts have appeared and are indispensable working elements to “put the record straight”.

For this purpose, it is necessary that those responsible for what is called Public Diplomacy are aware of this new ally, who is an advisor in the construction of the “good name” sought to be preserved, since distortions and innumerable tricks behind this value are around the corner.

Without going into detail, the correct position of the Chilean Minister of Foreign Affairs, Heraldo Muñoz was surprising. He expressed the necessity of having a professional communication advice to face the situation arising from a presentation made by Bolivia concerning its claims in the International Court of Justice at The Hague.

In current times, having better legal arguments to put an end to a situation is not enough. It is thus very important to convince the national and international public opinion of the merits of the mentioned reasons that show the arguments from the point of view of people who receive messages as well as the ideas that must be transmitted. 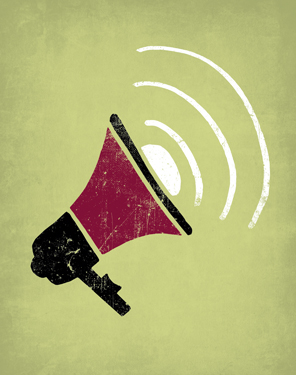 In this regard, I must express my interest in the concepts and added value introduced by the book of LLORENTE & CUENCA Reputación y Liderazgo (reputation and leadership) which has attracted the attention of those who, like me, have had the opportunity to appreciate its content.

As stated by José Antonio Zarzalejos in the prologue of the aforementioned book, “nothing can be compared to the action of building a reputation except for the one consisting in using a reality/entity (of any nature) with arguments, actions, decisions and behaviours until the desired respected personality is achieved and perceived as such by its interest groups and, ultimately, by the public opinion”.

Therefore, nowadays it is not enough to be right, it is necessary to prove it in order to preserve, among other things, the good name which was intended to safeguard.

Within the international framework, there are certain codes or protocols that must “unavoidably” be updated for Diplomacy of the 21st century.

Among these, communication is undoubtedly the most important one.

Thus, unlike in the past, we now place in these reflections a crucial element of the new Public Diplomacy: Communicational Counselling, which portrays a country exactly how it wants to be seen.

The Spain or Chile Brand (or whatever country you prefer) will have a location and a position in the international world when countries will be able to prove their principles and values as well as the coherence they have had to reach that position.

Communicational Counselling is a crucial element of the new Public Diplomacy

As stated in the recent article “El Buen Nombre” (the good name), El Mercurio, 14 May 2014, “Building a good reputation as a country has been a cross-cutting fight in which transparency and coherence have been crucial partners to build the country (Chile) of which we are now proud, especially due to its international projection that has given us more liability in the outside world”. 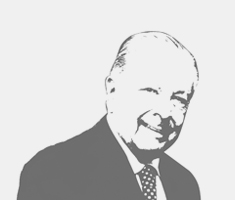 Sergio Romero
Former Chilean Ambassador to Spain
Lawyer of the Catholic University, union leader and Chilean politician. He was a Senator to the V region during three consecutive periods and he assumed twice the presidency of Senate. In his business activity, he held many different positions such as Vice-President of Chile’s Confederation of Production and Trade and Director of Association of Broadcasters of Chile and ICARE. Likewise, he was a founding member of Foro Interparlamentario de las Americas and Foro Interparlamentario Iberoamericano. He was the Chilean Ambassador in Spain and Andorra between 2010 and 2014.