In the 21st century, diplomacy is no longer developed exclusively by Ministries or Embassies of the countries but, at the same time, it works together with civil society which has become an ambassador of national interests abroad.

This paradigm shift takes place in an environment where the contemporary diplomacy’s major challenge is to promote the service it provides to its country, its citizens and its business, financial and social organizations.

This transformation of diplomacy’s roles and responsibilities in the 21st century has taken place at the same time as an acceleration of the pace of the revolution of ICTs, which has become the centre of gravity of diplomacy: projection of power and countries’ influence in a digital environment. In this new territory, citizens can share and discuss current issues that concern them such as the work carried out by the Foreign Service for the defence of its interests and the achievement of their growing expectations in a governance model which becomes much more inclusive and participative for everyone. 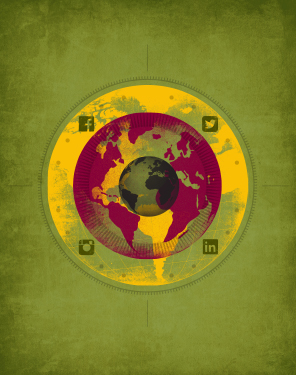 Nye has coined the idea of soft power and smart power while Seib notes the impact of social media in real-time diplomacy, to name two of the most renowned authors who have written about this new diplomacy issue. In any case, all these ideas have a common denominator: these are new times for the management of countries’ influence in the world.

Within this framework of change, UNO17 wishes to contribute and reflect on the innovative role of diplomacy, which requires the modification, reconfiguration and reprogramming of diplomatic activities with the purpose of thinking and implementing a strategy in line with the new international environment.

At the same time, this issue proposes new ways of organizing the external service, establishing external relations with citizens and, in short, using diplomacy today and in the future.

Our gratitude to all those who participated in this issue, especially to Professor Juan Luis Manfredi for his special implication.

We hope you enjoy your reading.