The (pending) revolution in diplomatic affairs

In the 21st century, except for special cases, the States’ external action is marked by its high level of transparency and predictability. Agreements are privately negotiated, yet their content is public –and communicated in real time by the actors themselves–. Interdependence is no longer a factor for peace but a solid variable from reality, which is crucial to progress and security. Far from Sir Henry Wotton’s cynic leitmotiv (four centuries ago), “the diplomat is an honest man who is sent abroad to lie for his country”, nowadays the diplomatic action is publicly undertaken. The cooperation and transparency of political objectives govern international relations of most States in a global environment as different and variable as volatile.

Nevertheless, diplomacy is generally still based on old patters and structures, which are unable to create a balance between hierarchy and collaboration. Although there have been significant improvements, adaptation and modernization processes have been inertial and, to a great extent, superficial in comparison with the profound changes undergone by the global scenario where diplomacy operates.

In an increasingly complex world, which is politically non polar and economically multipolar, globalization and the generalized access to media to enter it alter the parameters on which power, politics and international relations were traditionally based. The FDI of Spanish companies represent 40% of our country’s GDP; 87 out of the 150 biggest companies in the world are multinational and only 67 of them are States. In this network planet of the 21st century, Facebook and Twitter are ranked as the second and fourth places among the most populated territories behind China and India, respectively.

Empathy, which is not learnt in diplomatic schools, is a necessary condition for a new, open, credible and efficient diplomacy 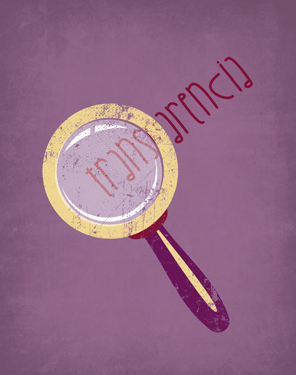 The transforming impact of information and communication technologies has an impact in all fields: the external is internal, the local is global and the global is close; time and distance collapse; terms such as democracy and participation are crossed with citizenship and transparency. Information is no longer a privilege of power and there is a clear process of disintermediation in which filters between political power and citizens are blurred or have disappeared. The cycle of action of the citizen network does not last four years; he/she acts, expresses his/her opinion and demands responses on a constant and uninterrupted basis.

Although some crises such as the one in Ukraine or in the China Sea are a reminder of the geopolitical situation of the last century, new challenges and threats emerge in the global scenario: natural disasters which are more intense and frequent due to climate change; transmission of diseases; illicit traffics, inequalities between welfare and economic power; technological progress and its negative consequences (cybercrime, cyberterrorism or privacy violations). These are risks that know no borders and to which we are more vulnerable due to globalization and interdependence. According to Habermas, “The globalization of these dangers has in fact long since united the world into an involuntary community of shared risks”.

Acting in a global scenario as described above, leading but collaboratively sharing the space of diplomatic action with other non-State actors, or building strategies of Public Diplomacy, which seduces other societies and strengthens the image and reputation of our country, requires a profound transformation of the construction and execution processes of foreign policies and their instruments.

A real and complete transformation of the culture and diplomatic practice, including training, strategic planning, collaborative execution and evaluation is urgent

The external and diplomatic action of a country is its most global domestic policy and this is relevant both for citizens and for other countries with which the country has relations. The paradox is that the success of the central mission of diplomacy, “managing the difference”, is precisely based on reducing these differences, building fields of attraction and cooperation and interacting with other societies from other countries so that their governments’ positions and actions join our interests and objectives.

The revolution in diplomatic affairs requires a great political impetus which, as notes the recent Report of Elcano Royal Institute, connects the internal project with the action/foreign policy and provides it with strategic depth, including flexibility and reaction capability. It is necessary that either diplomats themselves or other actors (corporate or individual actors) feel part of the foreign action cycle.

Therefore, the transforming challenge consists in making the new diplomacy an effective reality which, as rightly defined by David Miliband, “is public and private at the same time, belongs to mass and elites, in real time and, at the same time, deliberative”. 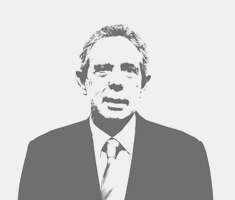