The process that culminated in The Hague

IDEASUNO MagazineThe process that culminated in The Hague

Although any starting date of a historical process can be arbitrary, in this case we could set the beginning of this process in 1986, during President Alan García’s first administration when the Minister of Foreign Affairs at that time, Allan Wagner, when he visited Chile, he asked Ambassador Bákula to raise the issue before the Chilean Minister of Foreign Affairs. The arguments he developed became his famous Memorandum.

Nearly twenty years later, in 2004, when Peru had already concluded the Agreements of Brasilia with Ecuador and the Agreements of Lima with Chile, Rodríguez Cuadros, Minister of Foreign Affairs, raised again the issue, but this time in a peremptory manner: either we sat down to negotiate or we took the case to the International Court of Justice in The Hague.

In 2006, after the change in the government of Chile and Peru, Michelle Bachelet and Alan García, who belong to the same political family (international socialist), assumed the presidency. I thought this situation could open an area for understanding. As a diplomat, I immediately suggested the Chilean Minister of Foreign Affairs to start a negotiation, at the same time as President García launched his theory of separate strings consisting on developing a growing relation between both countries and maintain separated the issue of maritime delimitation. Soon after, it became clear that no negotiation was possible, since Chile had rejected that first option to peacefully solve a dispute. We had to face the alternative of ignoring the problem or seeking another solution to our differences: in this case, the International Court of Justice.

In the relations between States, unsolved problems become more complex and serious over time

I must say that taking the case to The Hague was not an easy decision. In the past, there had been a conspiracy (although contradictory and sloppy) against it concerning this case. After a profound reflection, we concluded that, even if it is more convenient to ignore a conflict situation and try to handle it appropriately, when it comes to relations between States and mainly concerning sovereignty issues, unsolved problems become more complex and serious over time and have a greater impact on the relation between both countries. 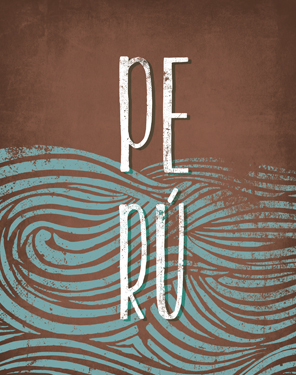 We had to have the challenge of the preparation of documents concerning the lawsuit. We assumed it responsibly, as we were aware of our weaknesses, but we decided not to be influenced by the past. In this process, we encountered undiscovered strengths with which we tried, I believe successfully so, to compensate out weaknesses. Everything was done with discretion; we did not try to win imaginary battles in the media. It was the Court that we had to convince and, for this purpose, we had to avoid the temptation to show and display.

We also had to make a great effort to prevent Ecuador from also taking the case to The Hague. As a signatory of the 1952 Santiago Declaration, Ecuador had always supported the Chilean theory of the existence of an agreement of maritime boundaries. President García had managed to build a friendly relation with President Correa and thus he could speak freely with him for this purpose. Therefore, after a presidential meeting in Loja, we, the Ministers of Foreign Affairs of both countries, were instructed to make progress in a negotiation taking into account the interests of both countries. This was how an agreement of maritime boundaries was reached with Ecuador on 2 May 2011. This agreement was useful not only to formally put an end to the issue borders with Ecuador, but also to back the Peruvian opinion that the Santiago Declaration was never a boundaries treaty.

Everything was done with discretion; we did not try to win imaginary battles in the media

In a poem Antonio Cisneros asked himself “What was gained or lost in these waters”. I would like to use this verse to explain the judgment by reminding what was requested to the Court: determining whether there was a treaty defining maritime boundaries. According to us, there was none, Chile thought the opposite. We shifted the burden of proof to Chile and they could not show the existence of a formal agreement. The Court recognized this. There was no agreement and, therefore, the limit was not of 200 miles or ad infinitum, as Chile suggested. However, with great creativity and originality, the Court established the concept of a tacit agreement to define the status quo enshrined in the 1954 Border Agreement and the Diplomatic Notes of 1968 and 1969, but restricted its scope to 80 miles, in compliance with the fishing criteria recorded in the region before 1986. By drawing an equidistant line from that mile, the Court granted Peru access to 22,000 square kilometers that had been under Chilean control and 28,000 square kilometers that Chile considered to be “Neighboring Sea” or international waters, it did not recognize Peruvian sovereignty. In total, we won 50,000 square kilometers of maritime space, which accounted for 75% of the figure requested in the claim. Thus, we incorporated a vast maritime space to our domain and ended establishing our limits, almost 200 years after becoming independent.

Neither the case nor the judgment were simple. The former took over a year. The latter implied the demystification of “assumed truths” that had been accepted for a long time. During six years, a group of incredibly professional experts, making huge efforts and pouring all their talent, produced a flawless work. We Peruvians should feel proud of it and excited about the peaceful and more integrated future with Chile. 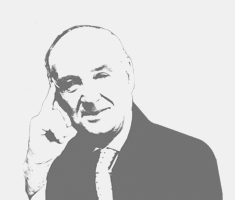 José Antonio García Belaúnde
Peruvian diplomat and Politician
Peruvian diplomat and politician, Minister of Foreign Affairs between 2006 and 2011 during the government of President Alan García. When he held this position, he launched many successful initiatives and agreements which contributed to strengthen the diplomatic relation with its neighboring countries and to consolidate treaties with other countries such as the United States, Japan or with the European Union. Prior to this, he was the General Director and Adviser of the Andean Community, Secretary of the Commission and the Council of Ministers, Director Secretary of the Board of the Cartagena Agreement. He carried out diplomatic functions as representative of Peru to countries and organizations such as ALADI, the United States, Ecuador, Mexico, Spain and the United Nations, among others.